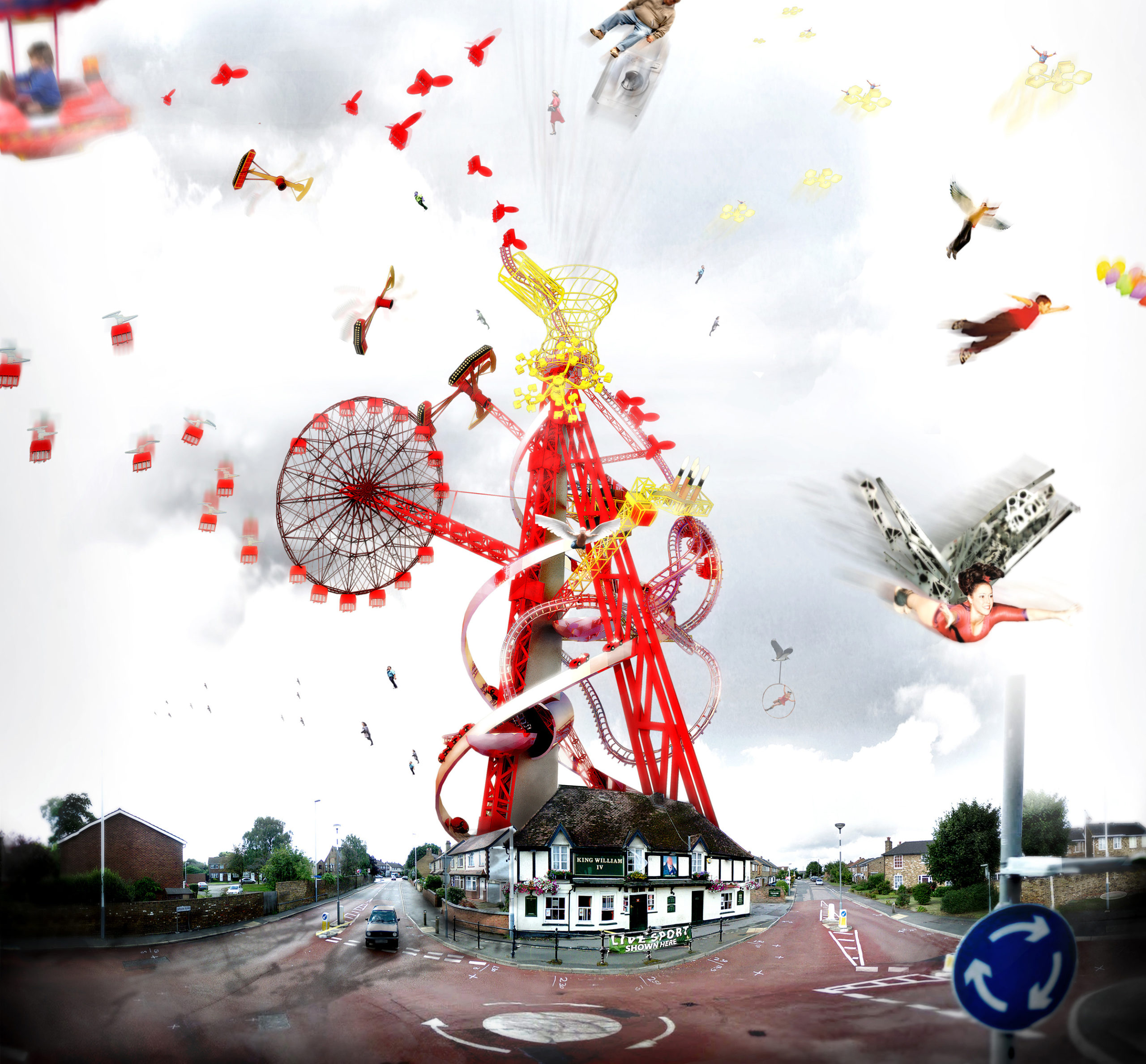 For a decade Londoners discussed whether or not to add a third runway to its Heathrow airport. The then premier Gordon Brown was a fierce supporter of the airport enlargement and commissioned preparatory planning for the project. The nearby village of Sipson was to give way to the third runway. Together with Sipsoners Greenpeace opposed the project. It bought a tiny plot of land in the village of Sipson and organized an international architectural competition to build a defensive structure to put the planned works on hold. Greenpeace’ criticism was as much a general critique of flying as such as of the plans for the third runway at hand. Ironically, happily protesting crowds were flown in. Thus, a less defensive and more enthusiastic solution to Heathrow-dilemma seemed desirable and a fantastic piece of infrastructure emerged over the Sipson lawns…

Flying is fantastic. It allows us to see the world from a different perspective. Going up and looking down stimulates or brains and souls. Hence, even though we oppose Heathrow’s third runway we should not condemn flying as such. Instead let’s celebrate it – and make even more people literally fly. Most people prefer high-speed rail-tracks to run through someone else’s garden. Yet, Sipsoners are ready to take their share, providing the latest piece of infrastructure of local, national, global importance: The Great Sipson Flight Machine GSFM combines technologies of the past with those of the future establishing a new culture of flying in which we all shout: We love to fly and it shows.