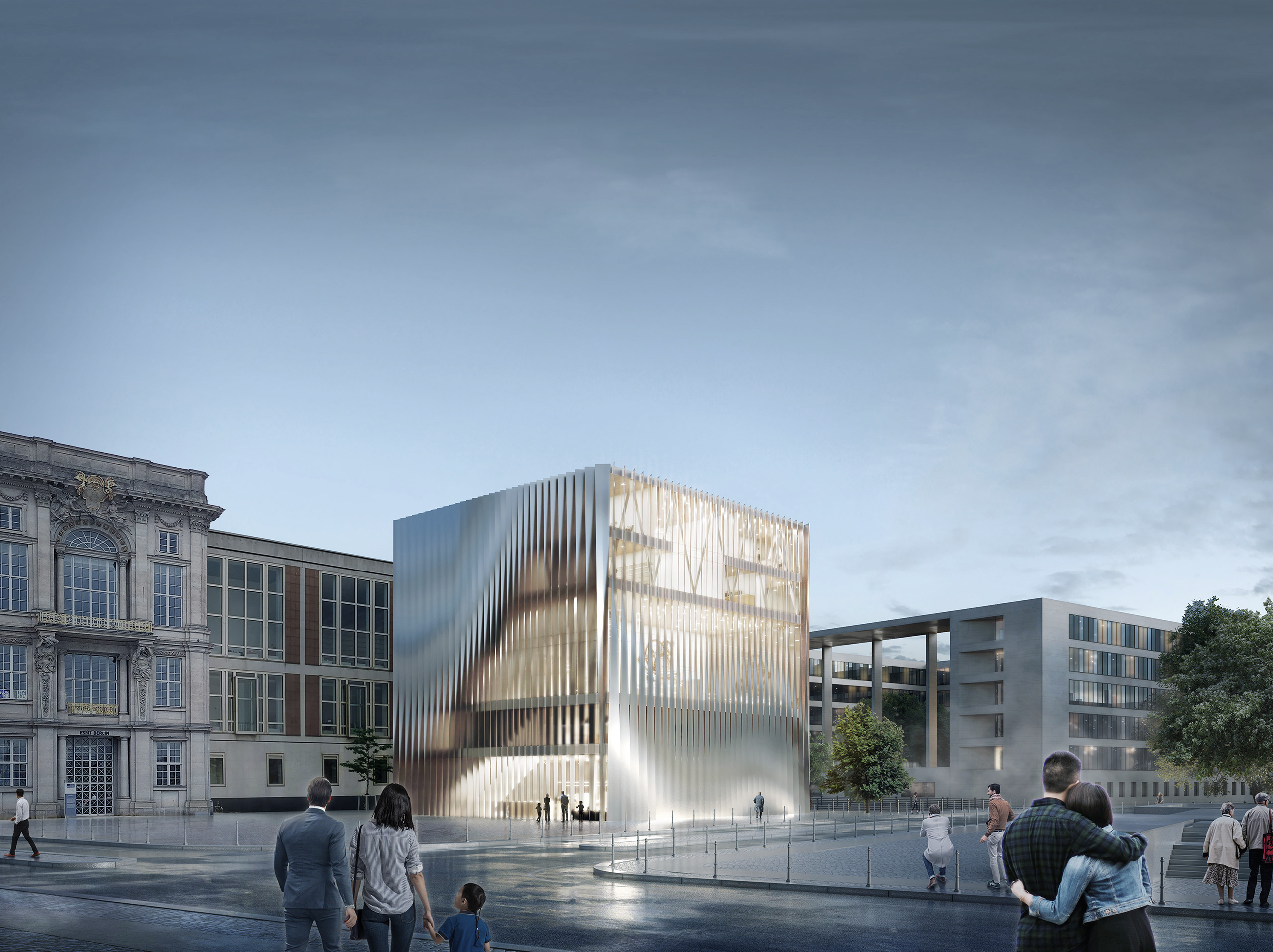 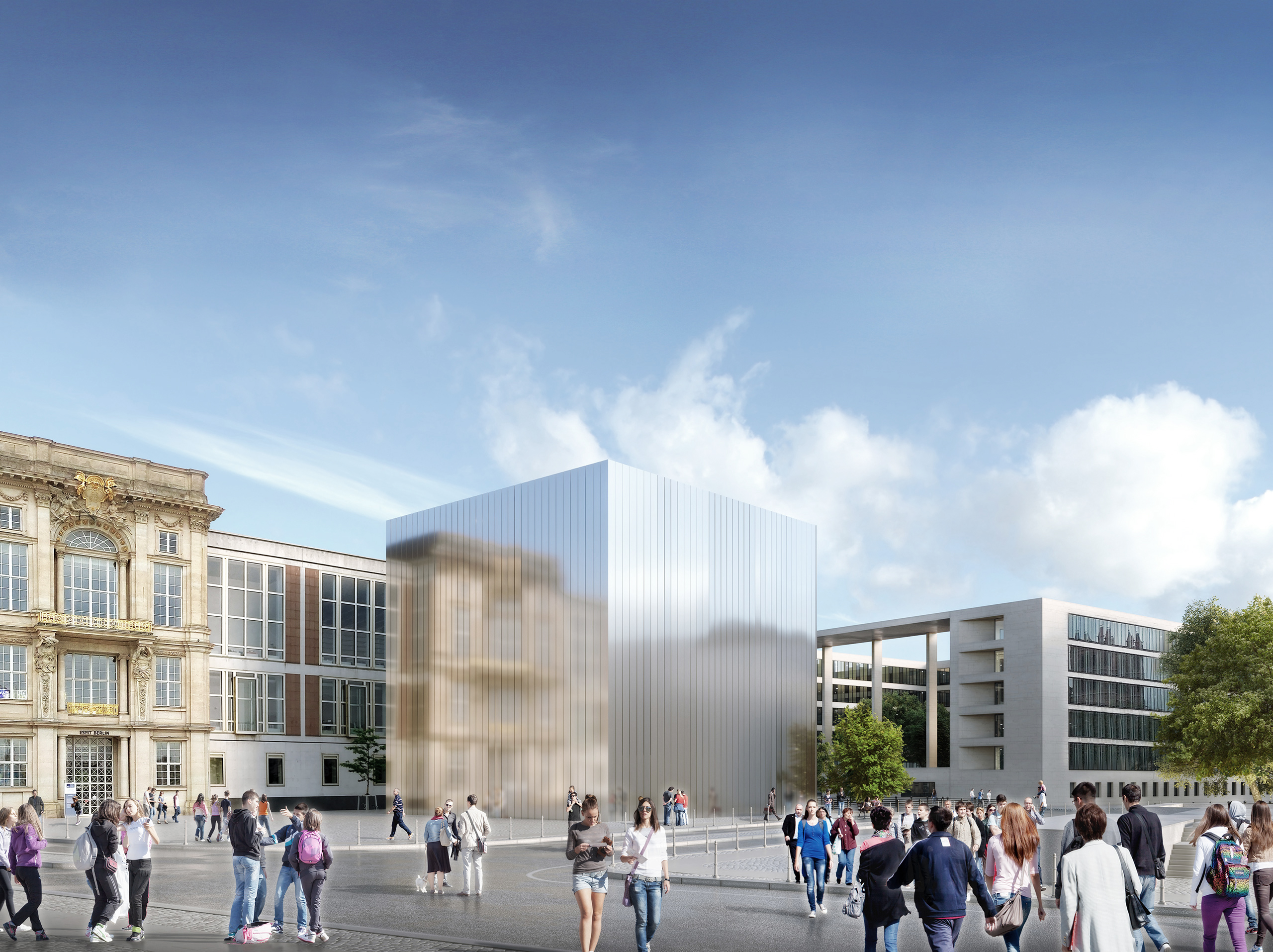 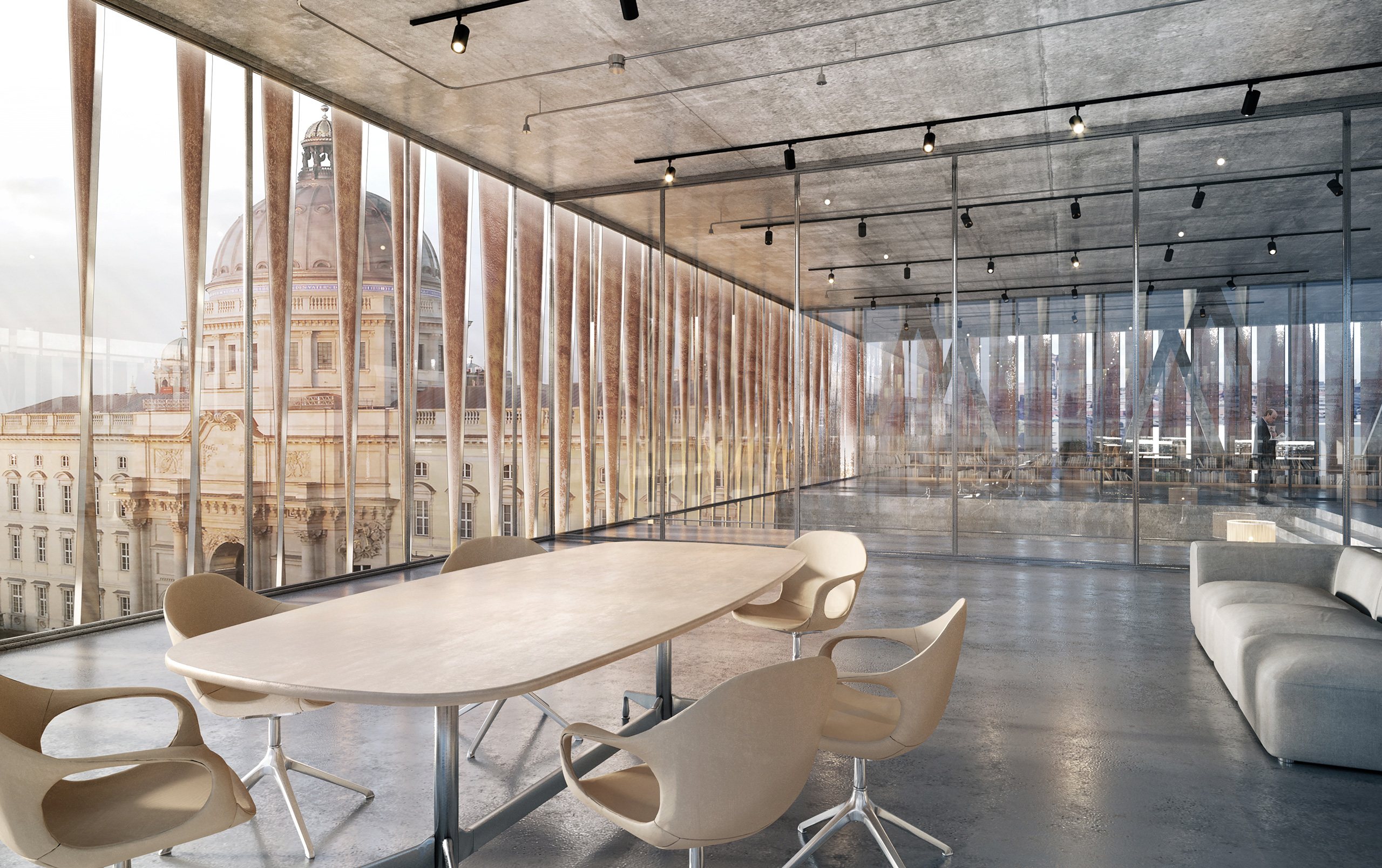 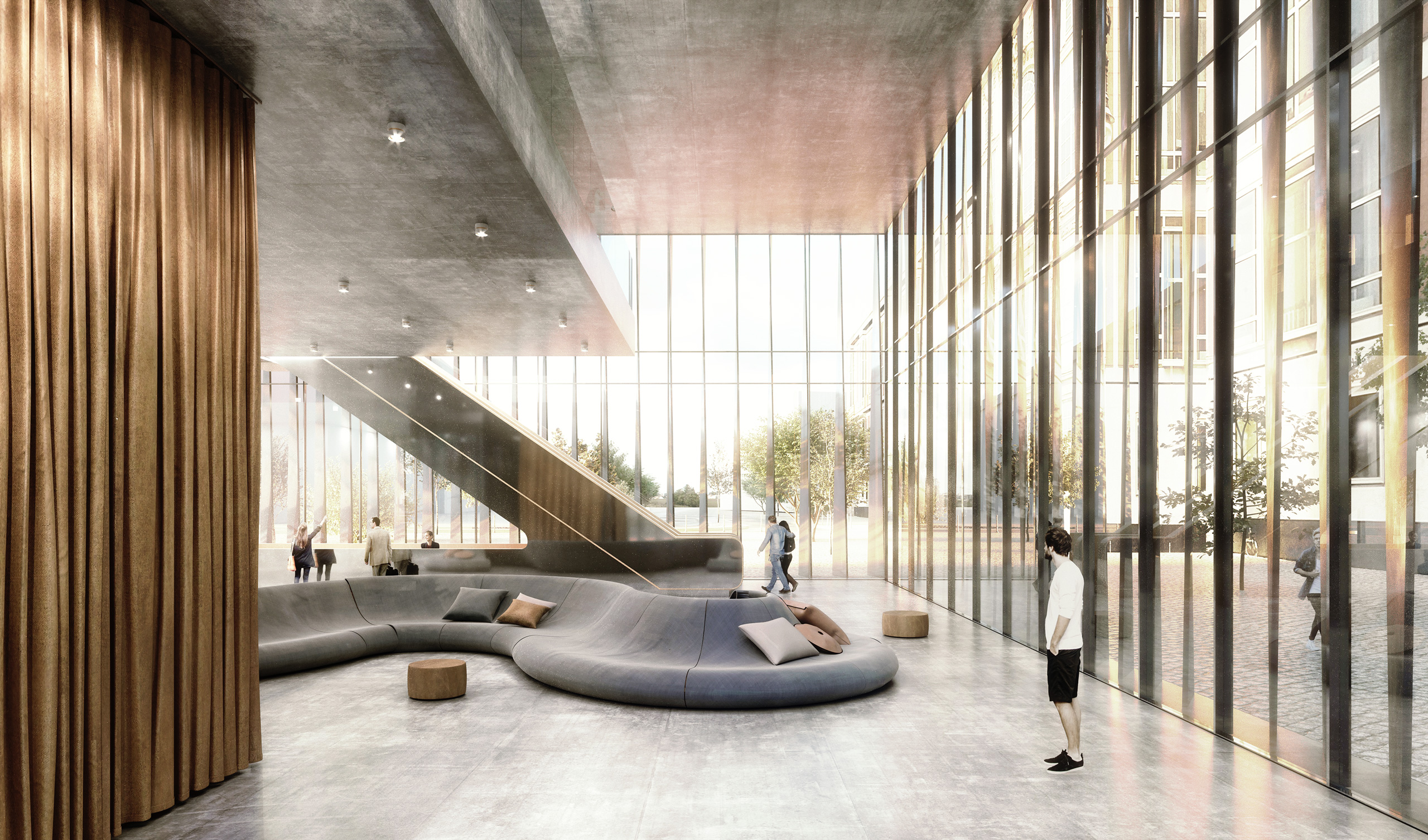 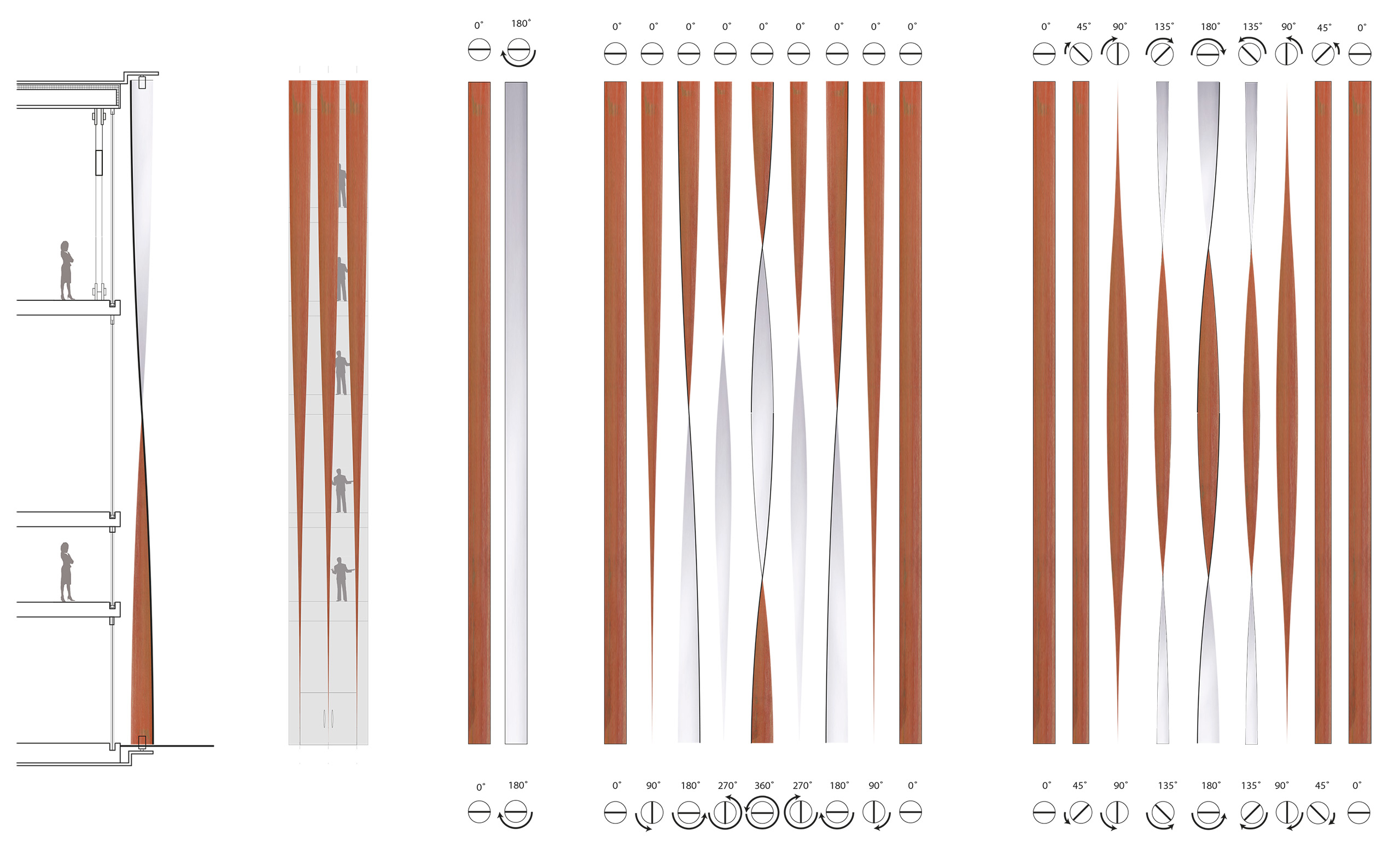 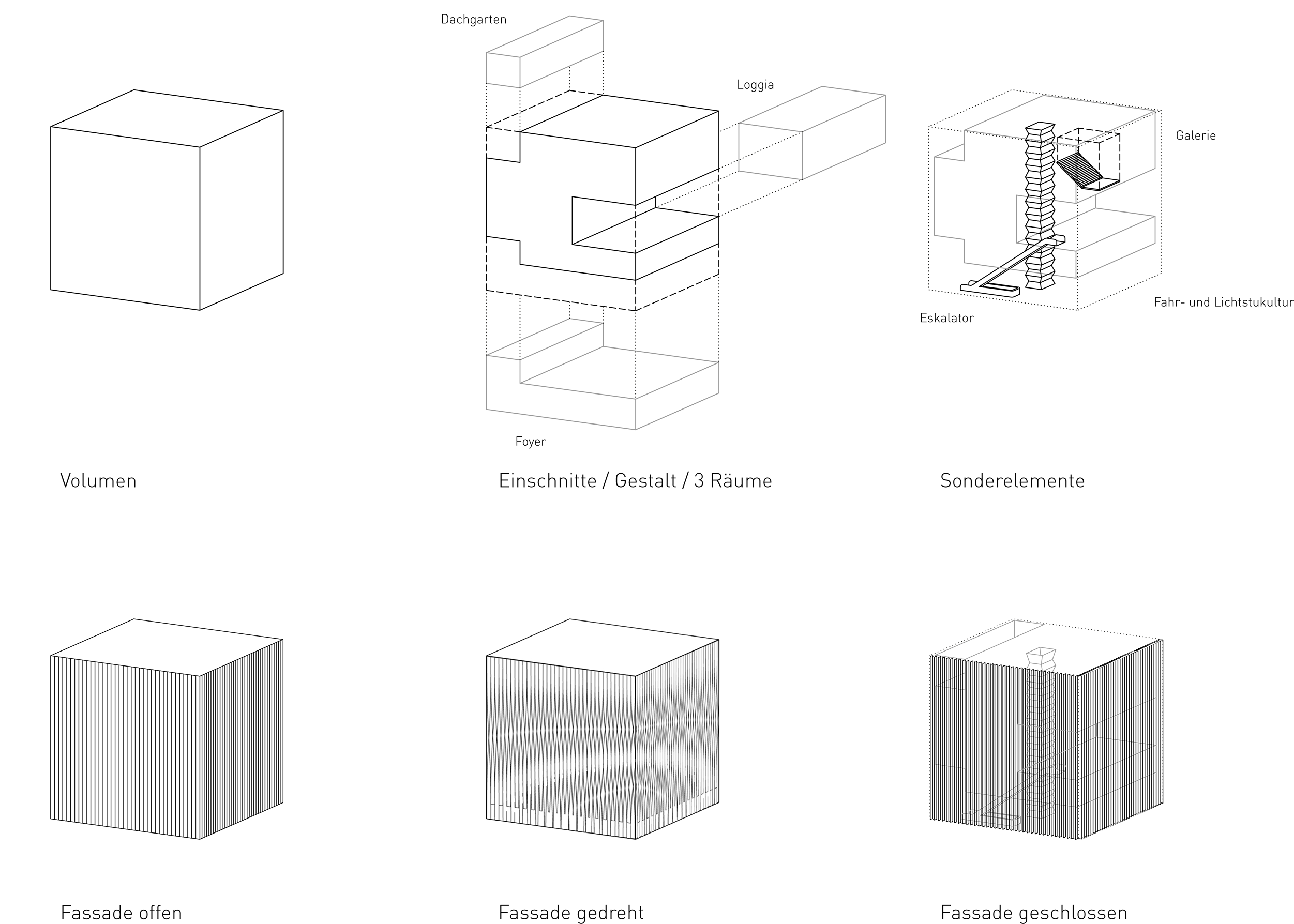 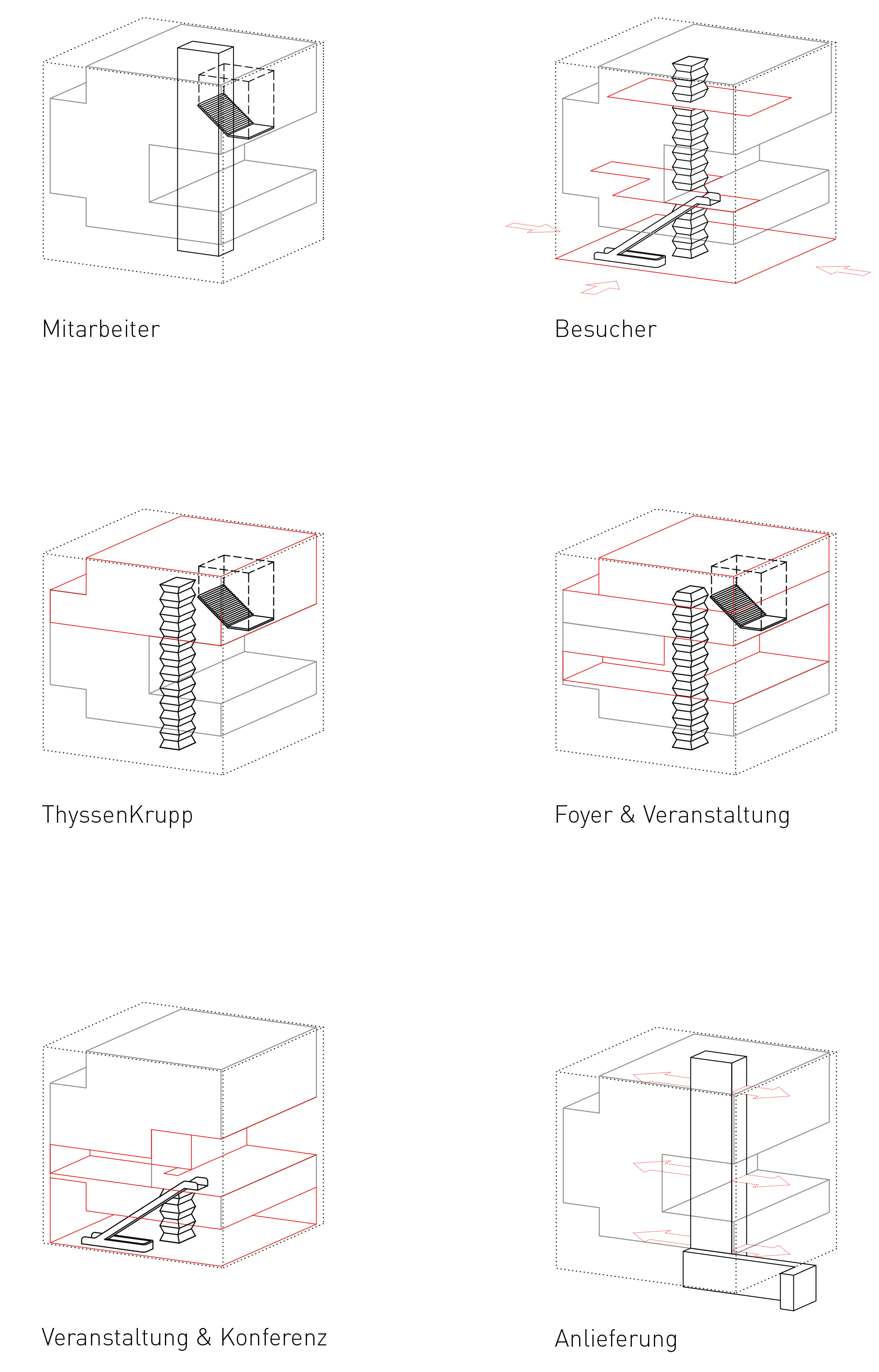 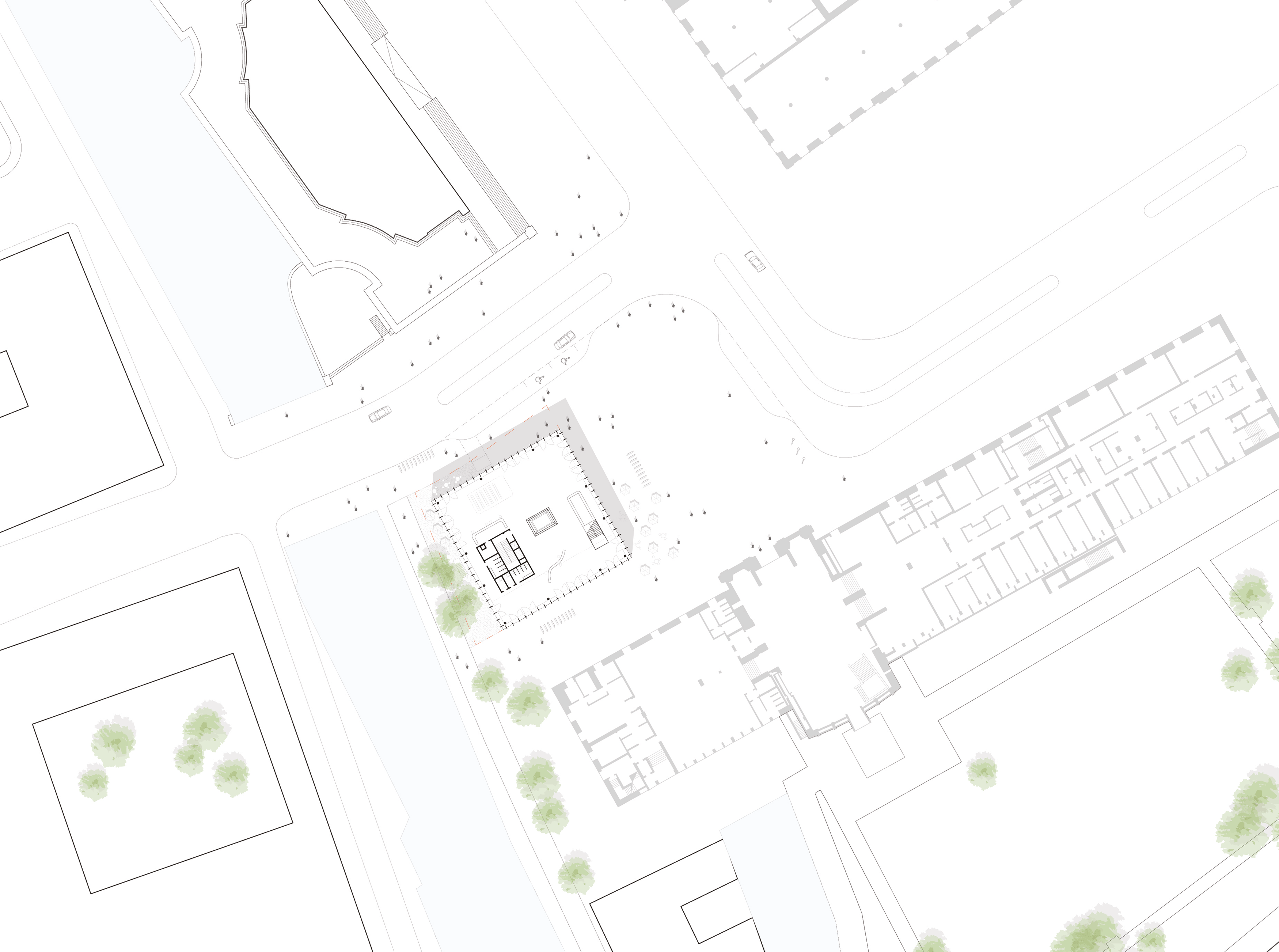 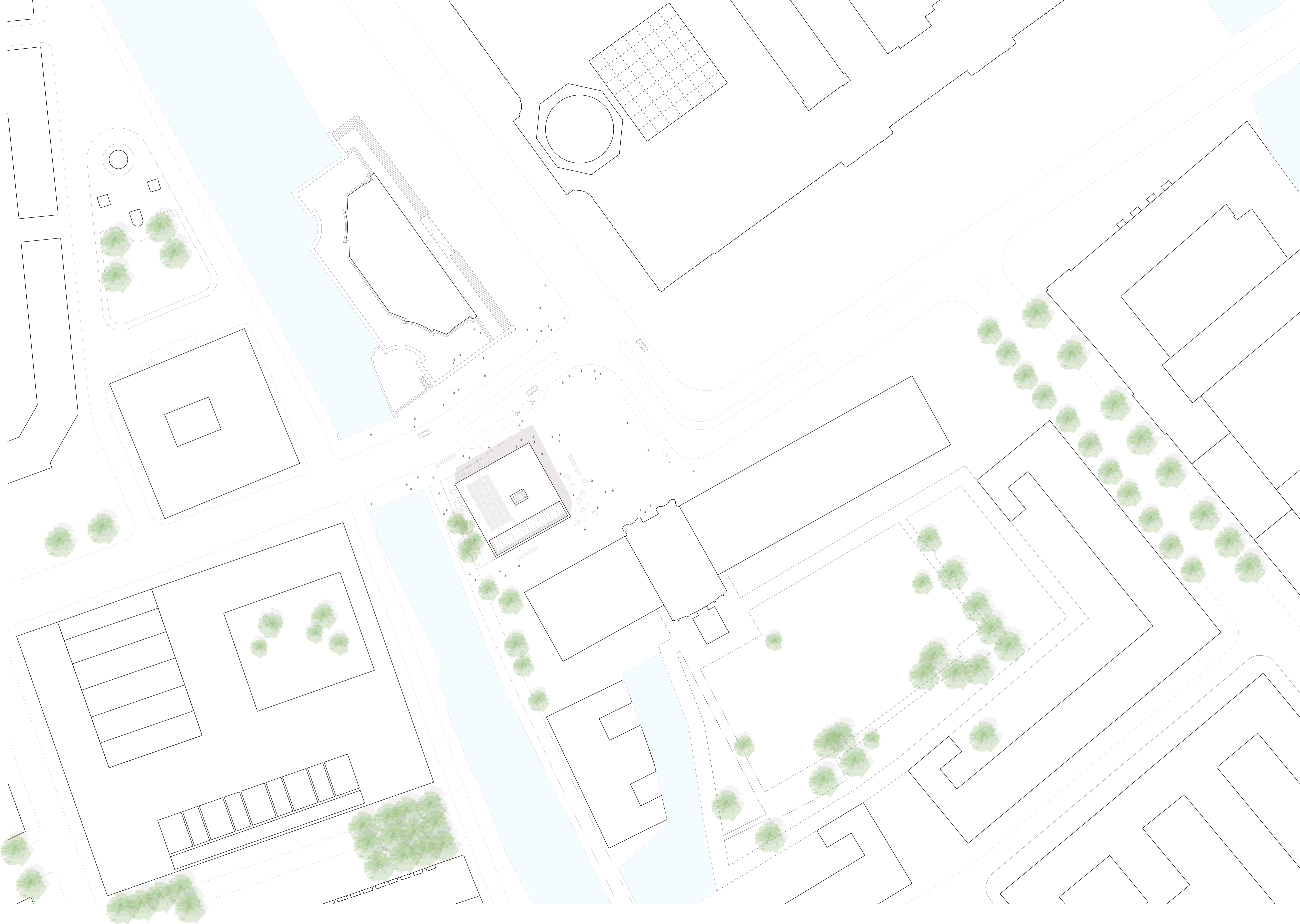 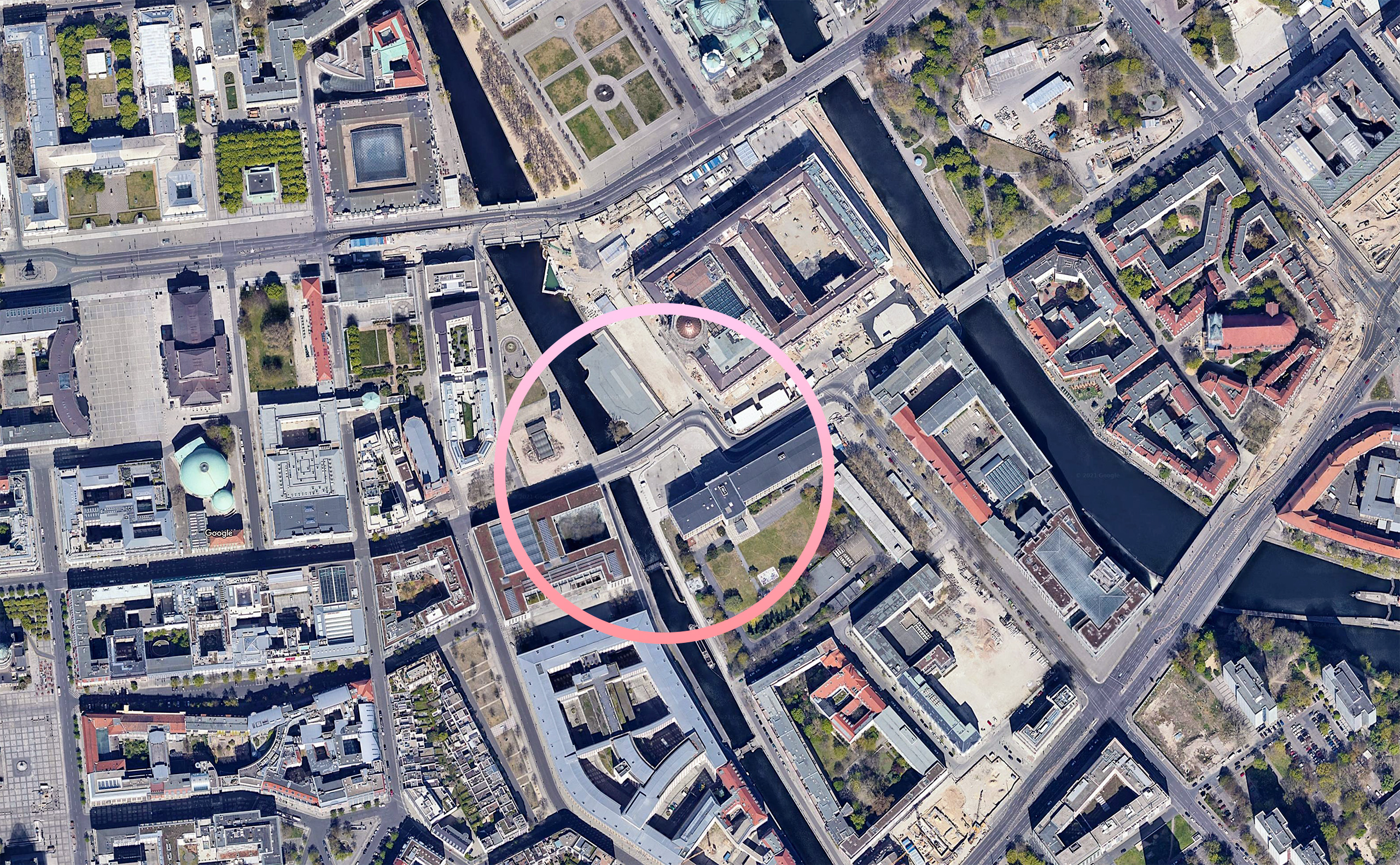 ThyssenKrupp Haus is to be erected in a controversial location in front of the State Council building and the new Foreign Ministry building, opposite the reconstruction of the city palace and the new construction of the monument to reunification - symbolic places that represent social change. As a clearly defined volume, the ThyssenKrupp house blends in with the surrounding development, but at the same time it is able to set itself apart from it through the shape of the inner structure that becomes temporarily visible in the volume.
The building's versatility owes its external appearance to a façade made of vertical steel strips that can be rotated either parallel or against each other. This, as well as the different surface properties of the two sides of the belts, creates a dialectic that relates to the evolution of ThyssenKrupp AG and signals awareness of one's own identity in a prominent place.

Spatial and visual references between indoor and outdoor space make the building an original part of the location; The ability to adapt and change the views and the external appearance of the house reflect both the development of a company with a tradition and the change in a place steeped in history.