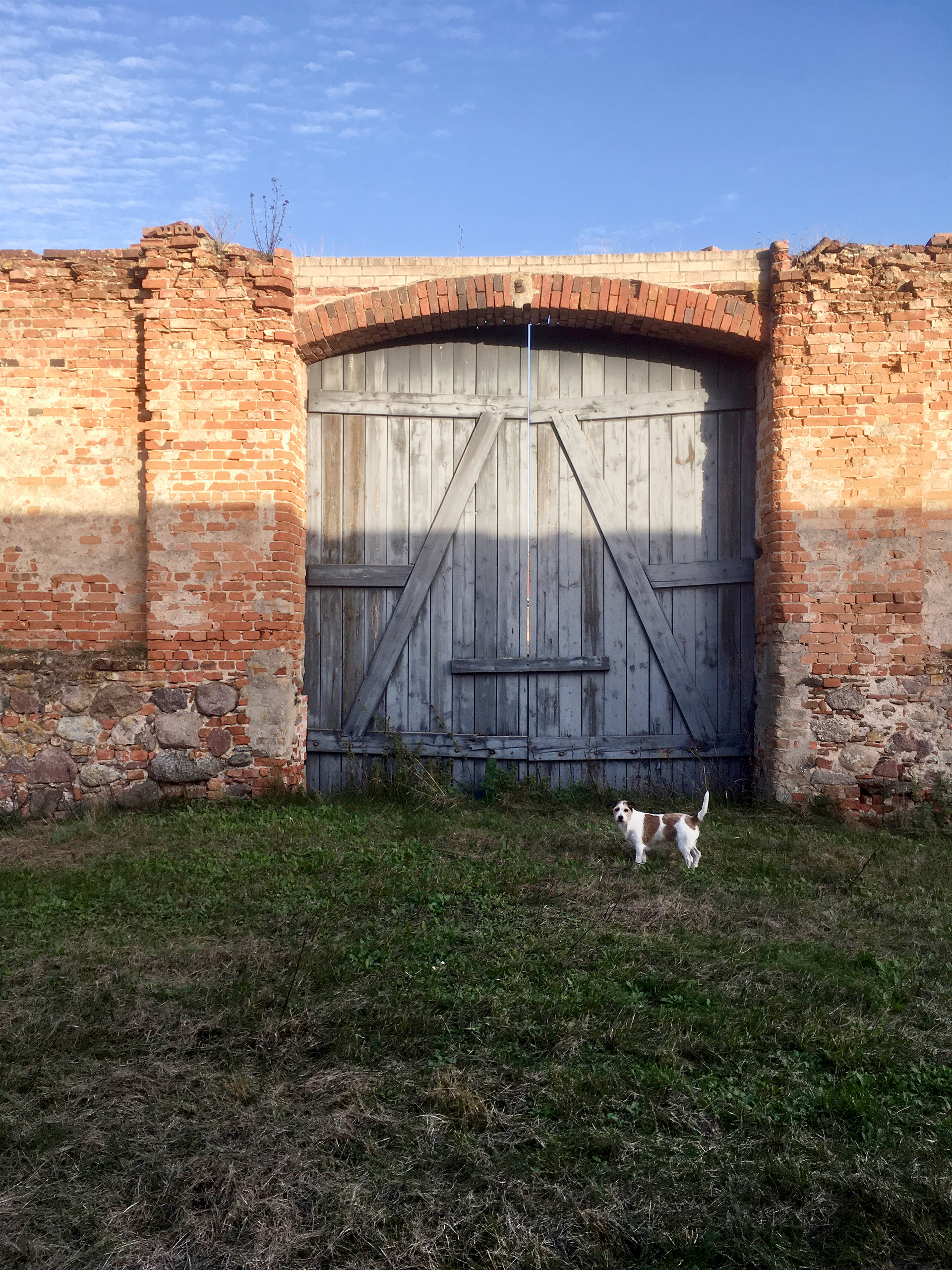 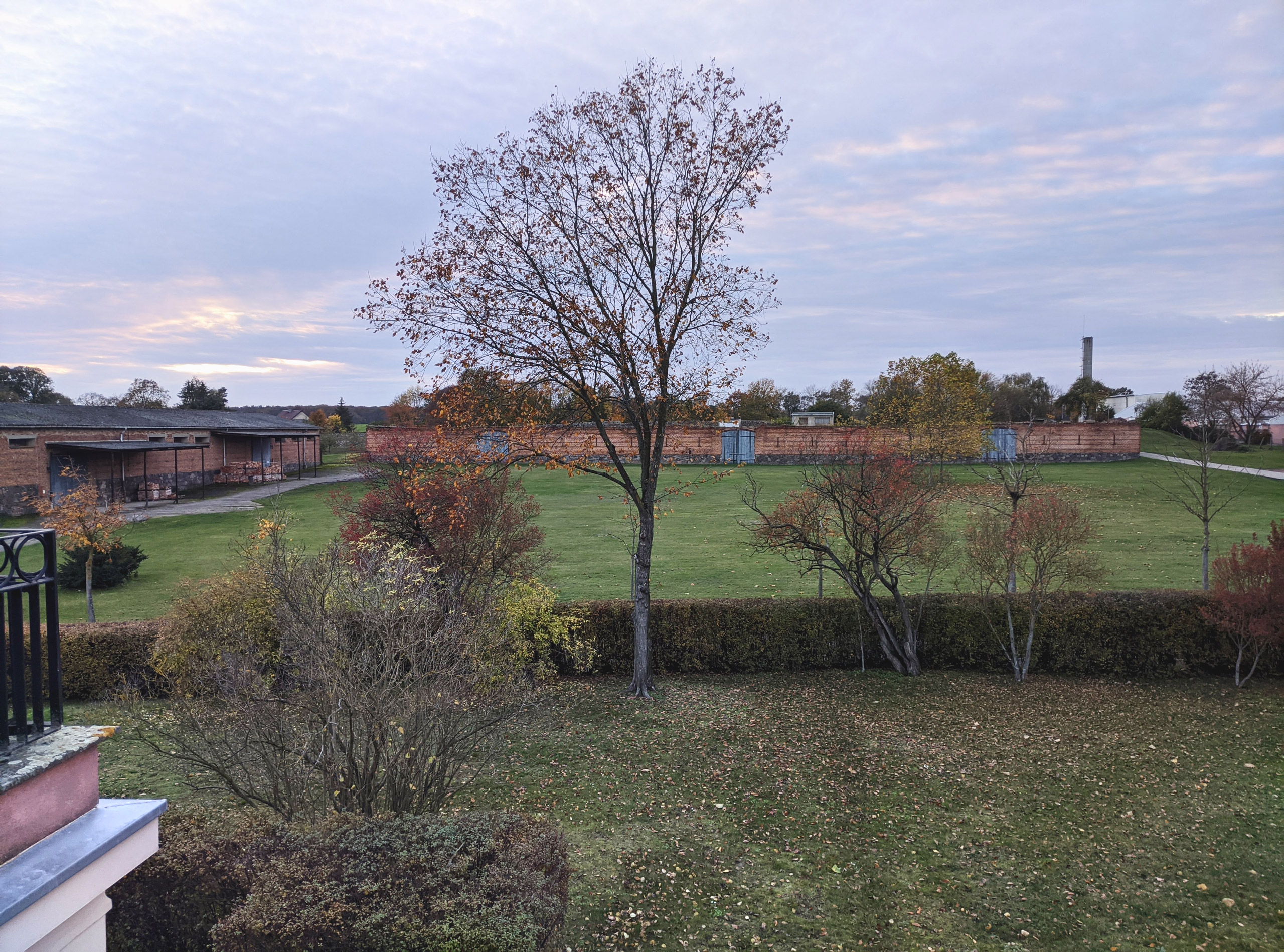 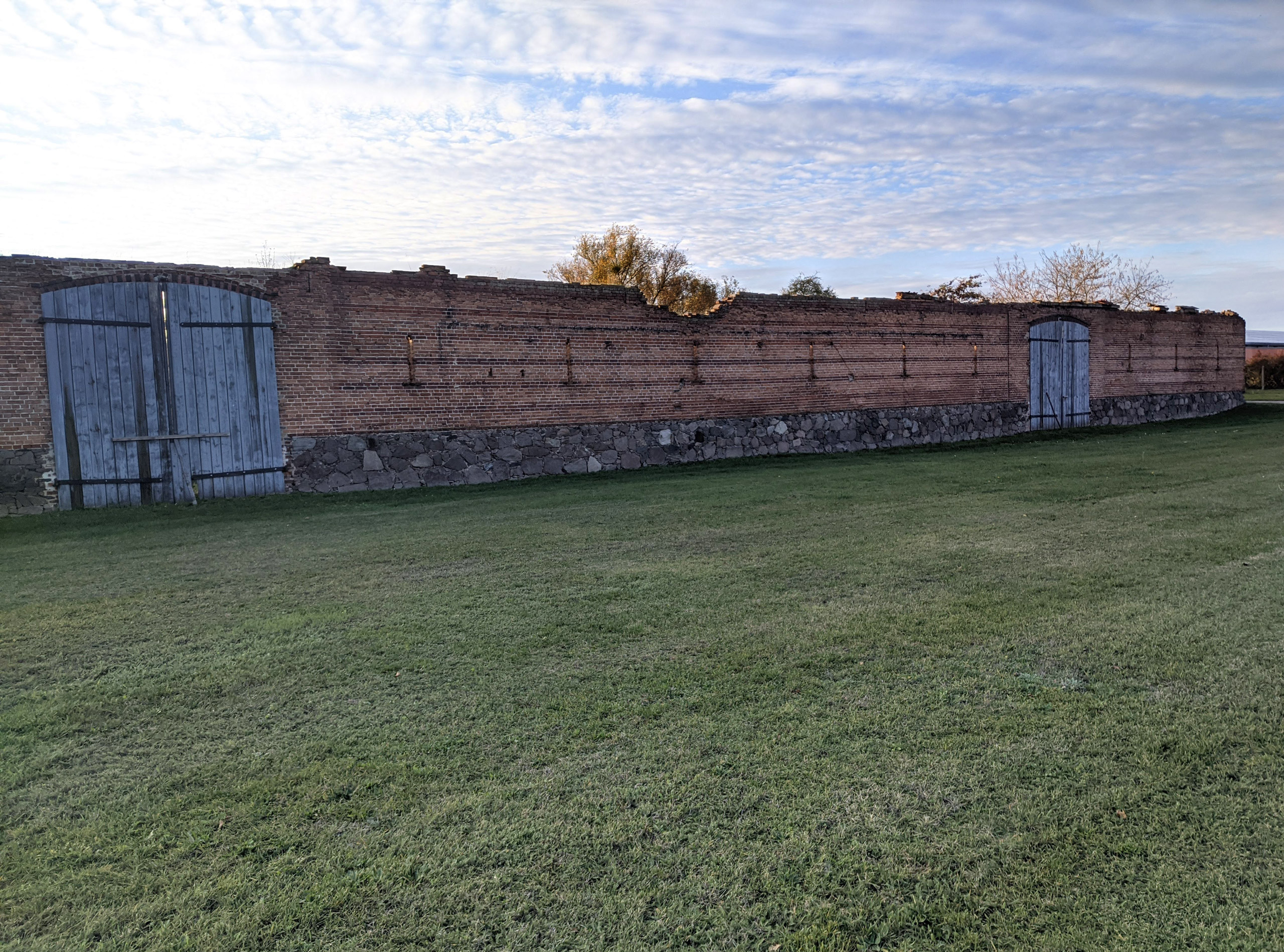 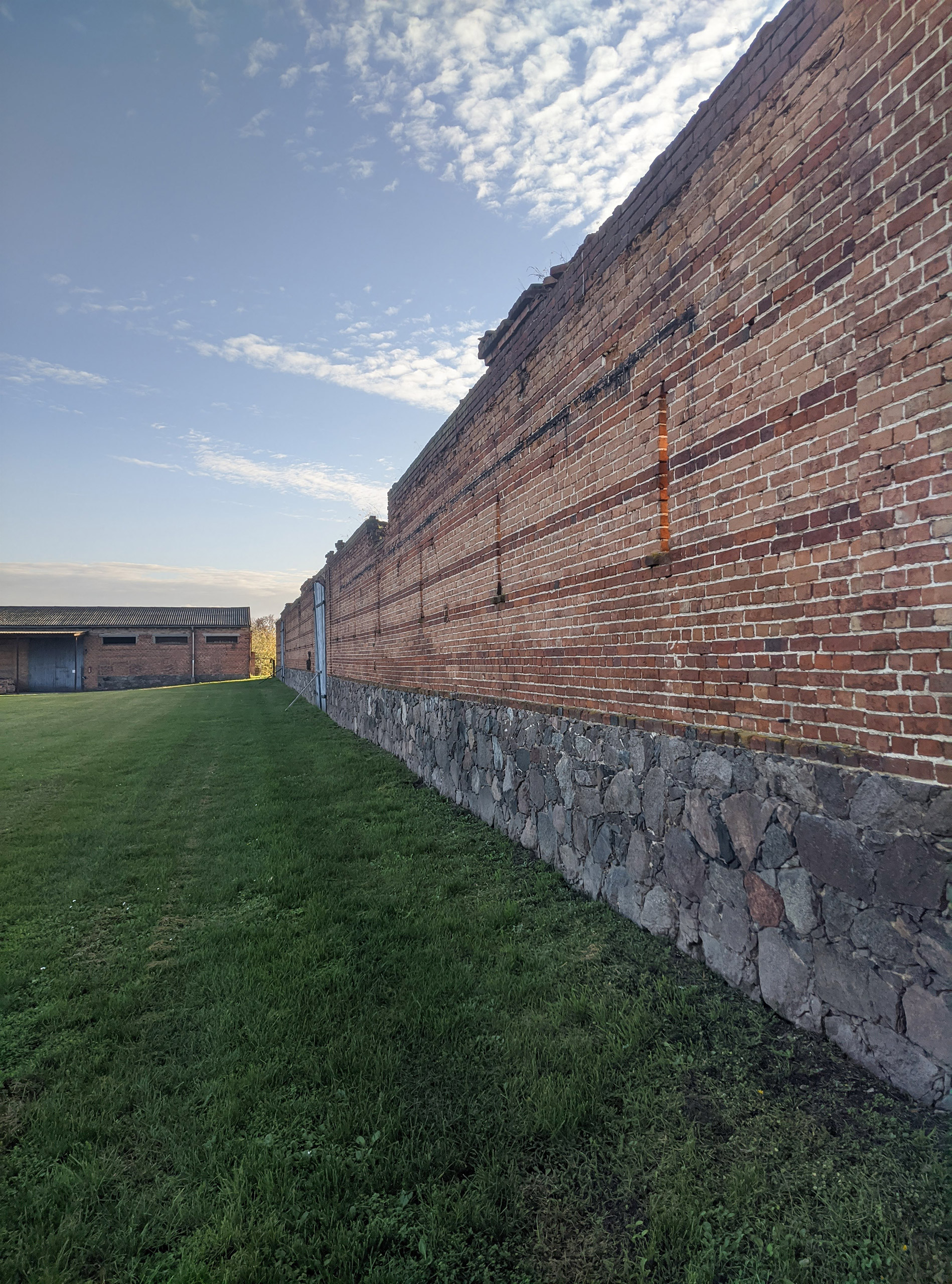 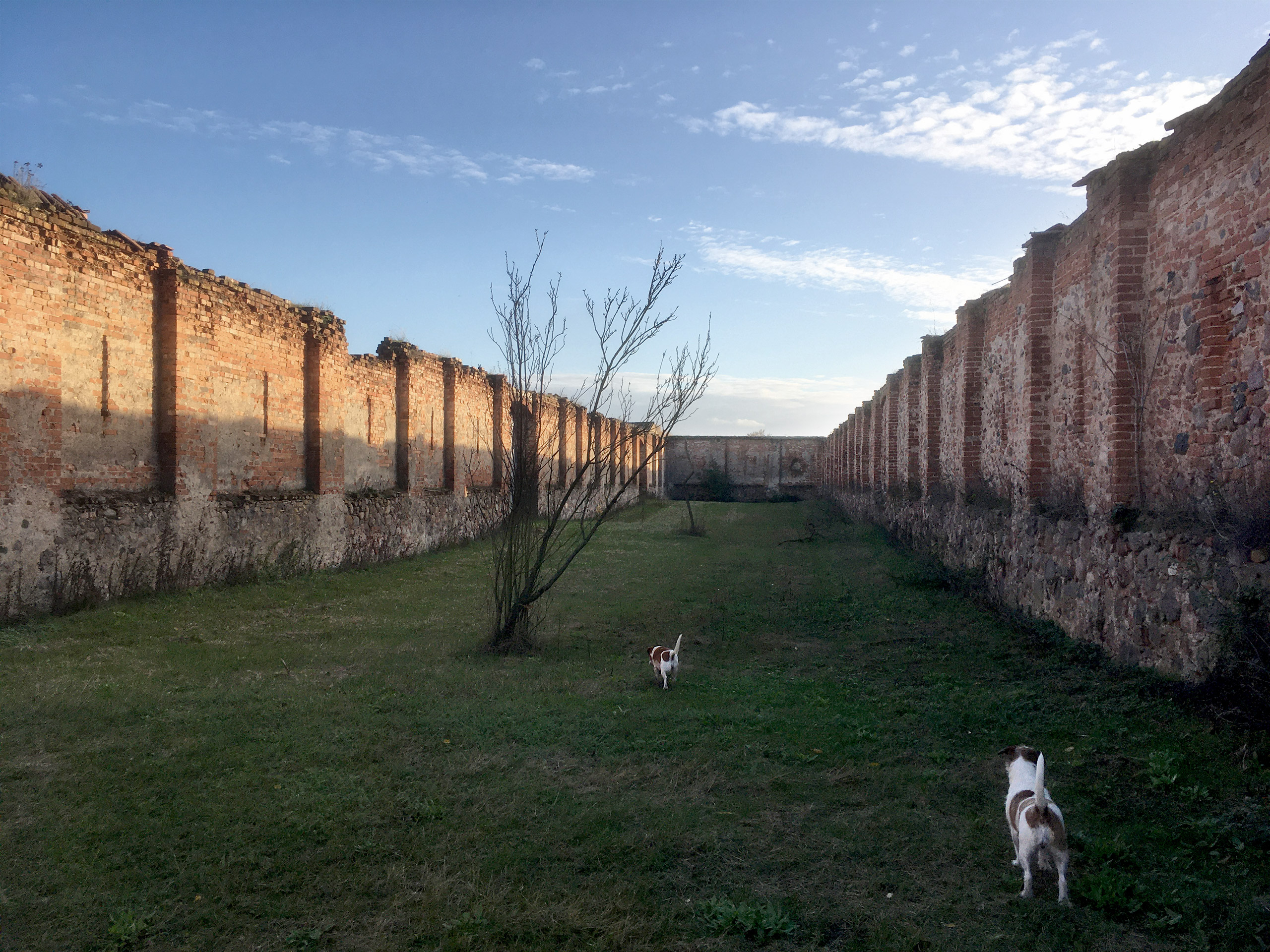 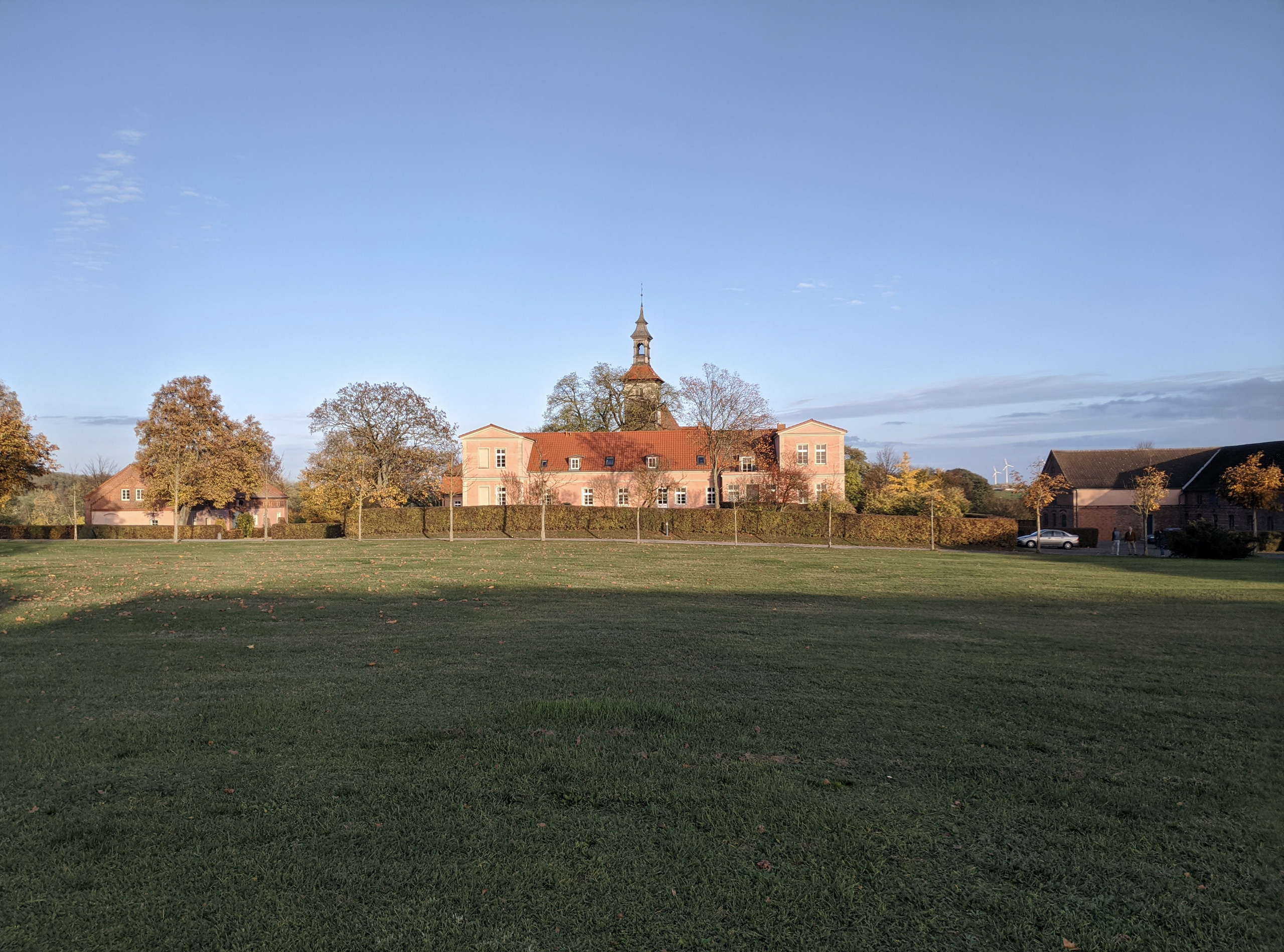 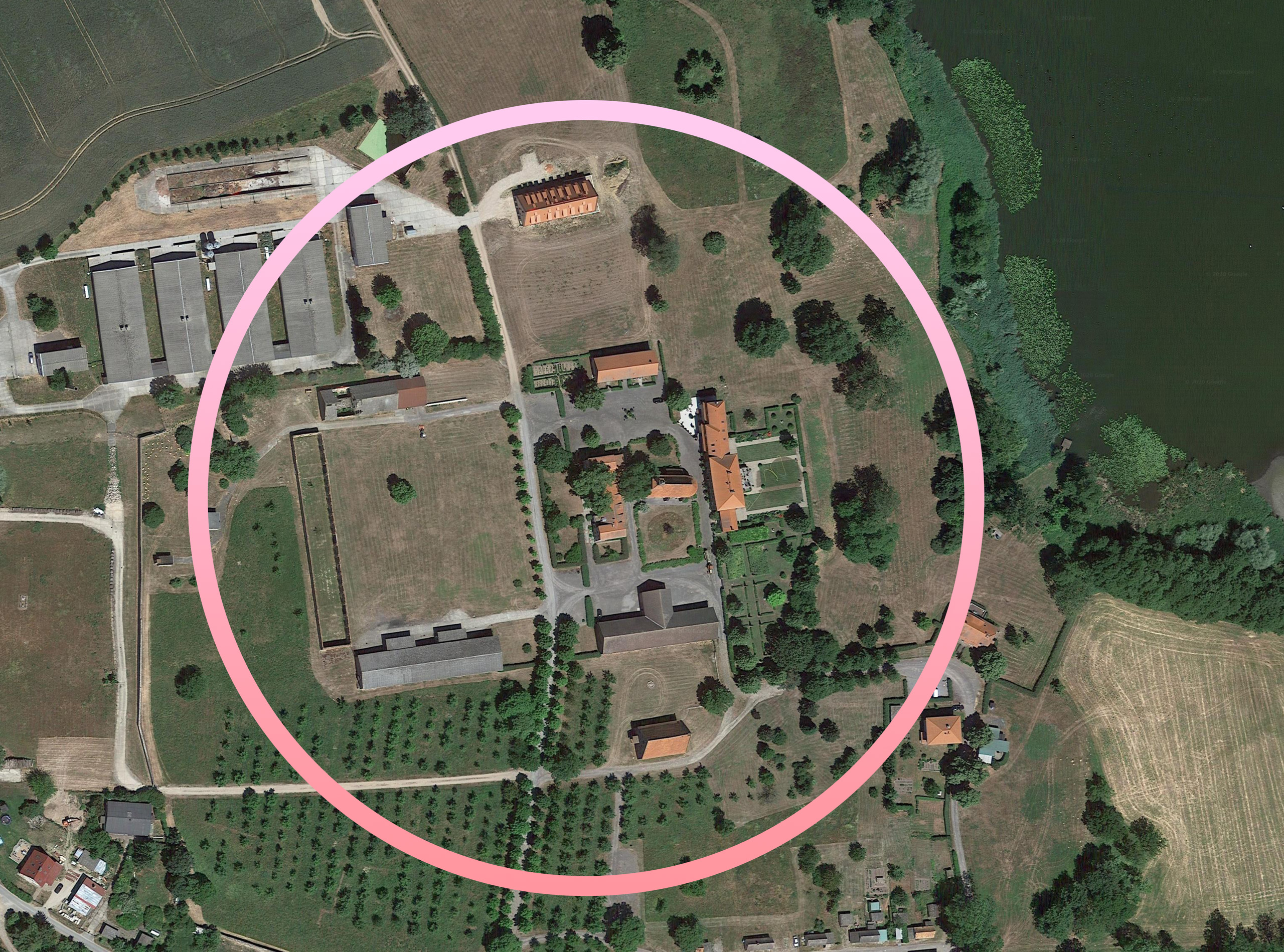 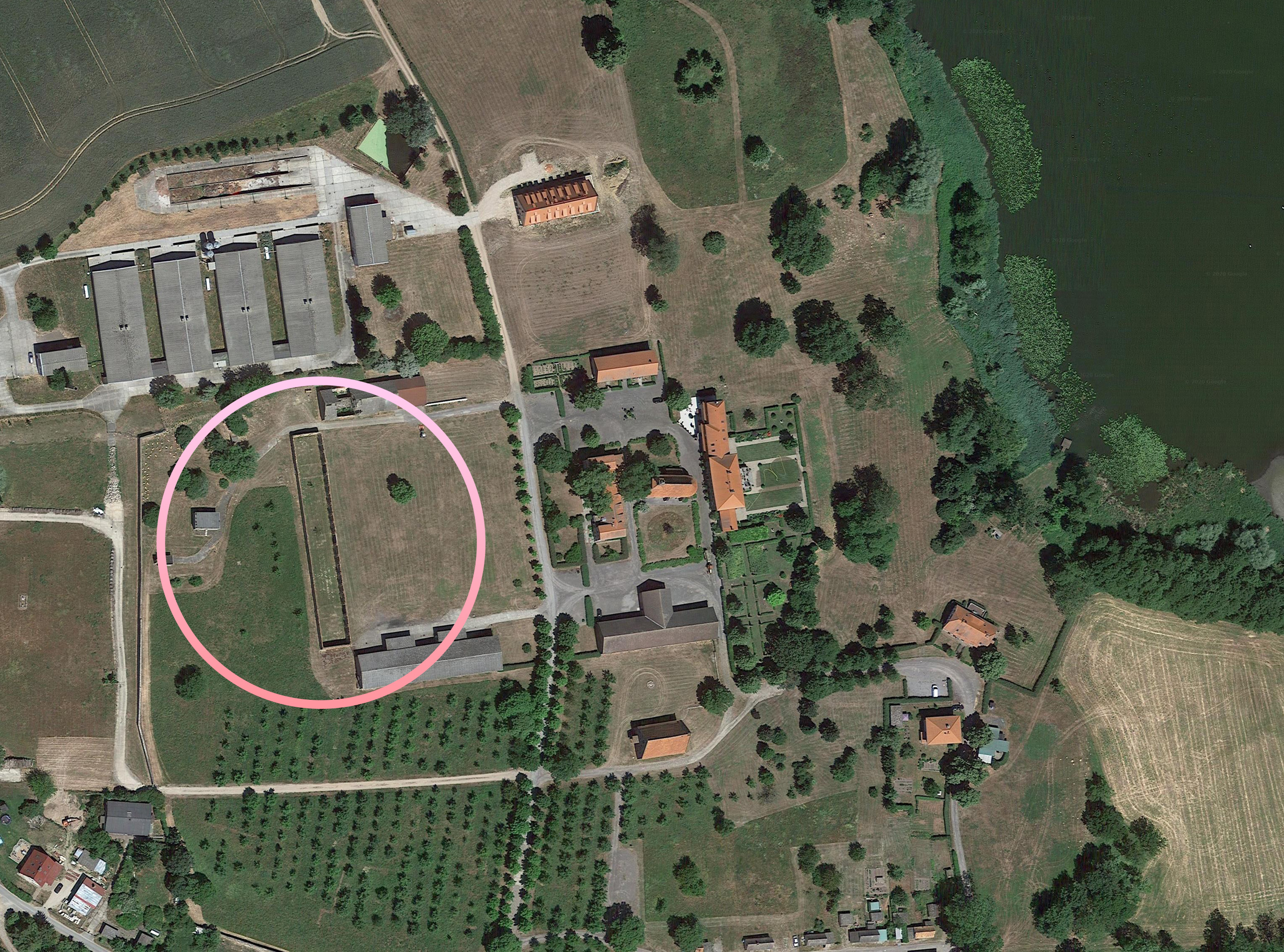 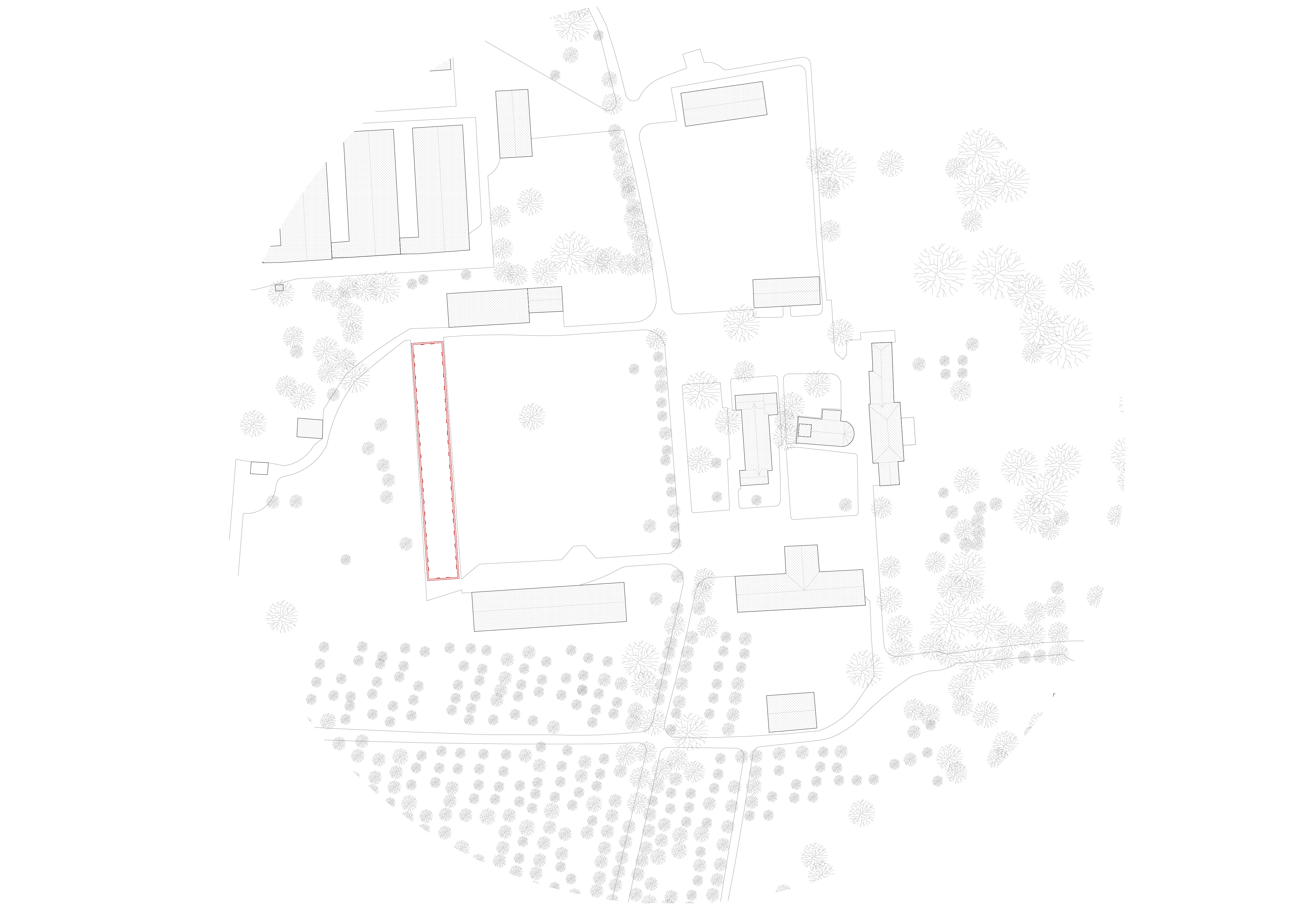 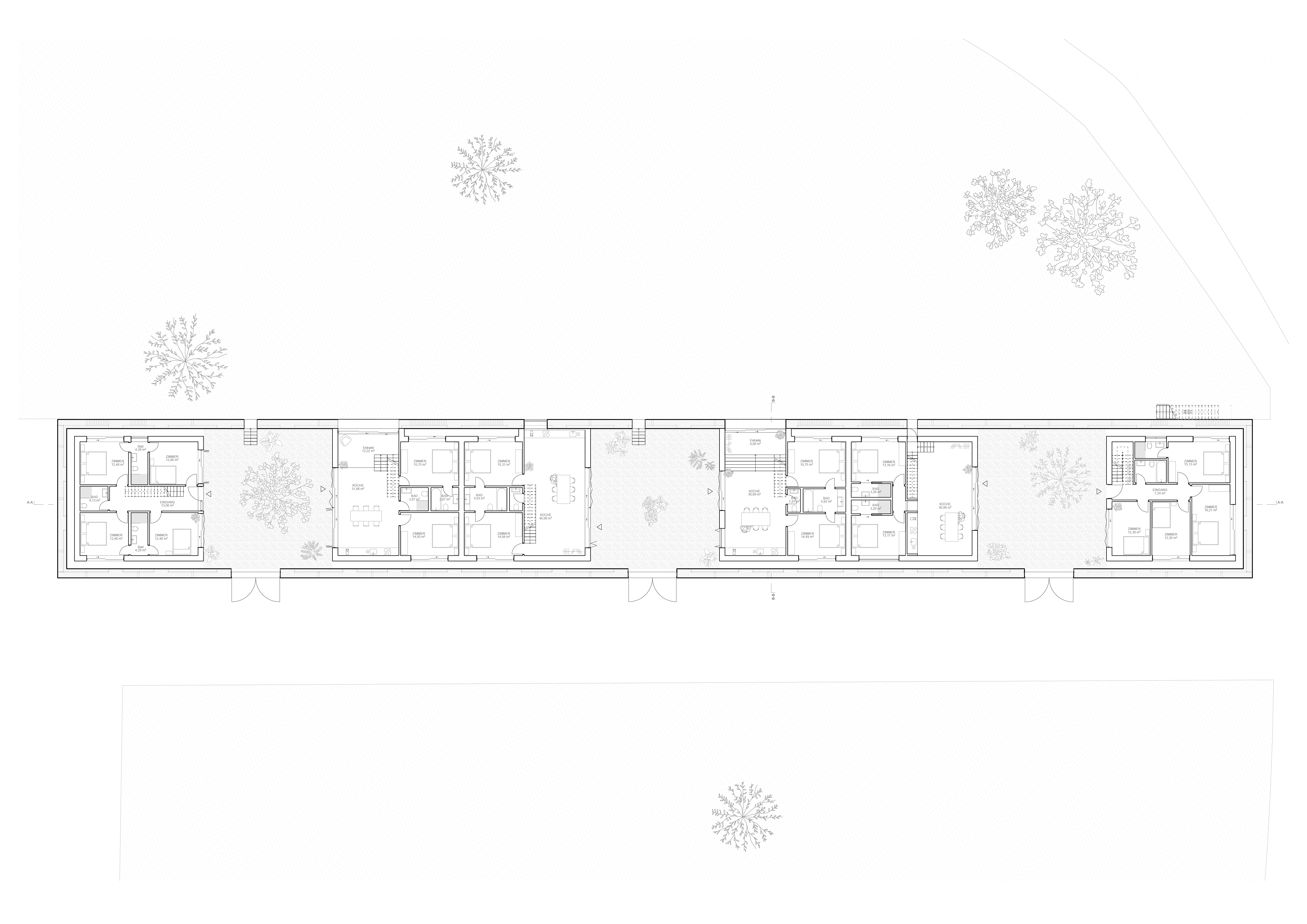 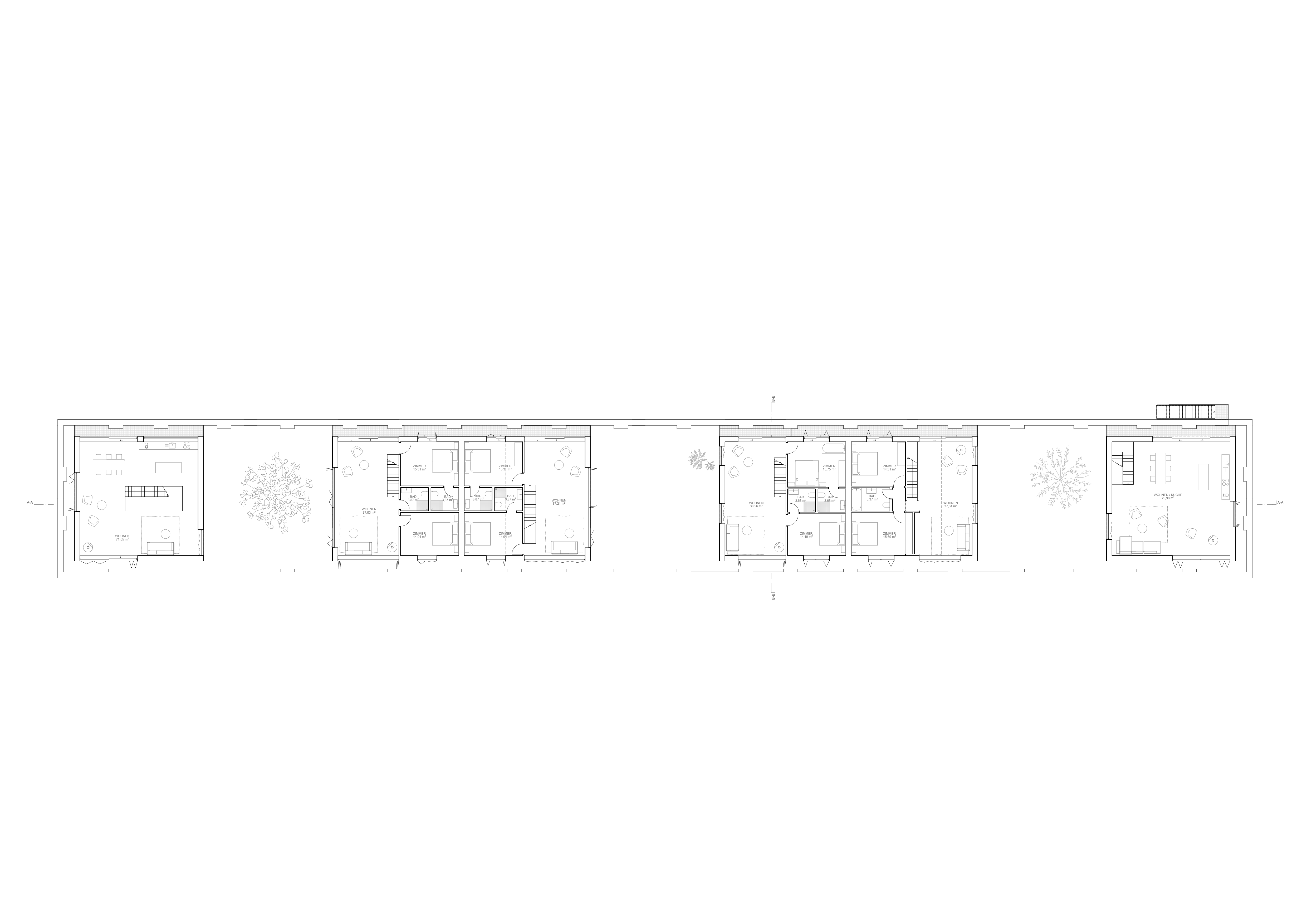 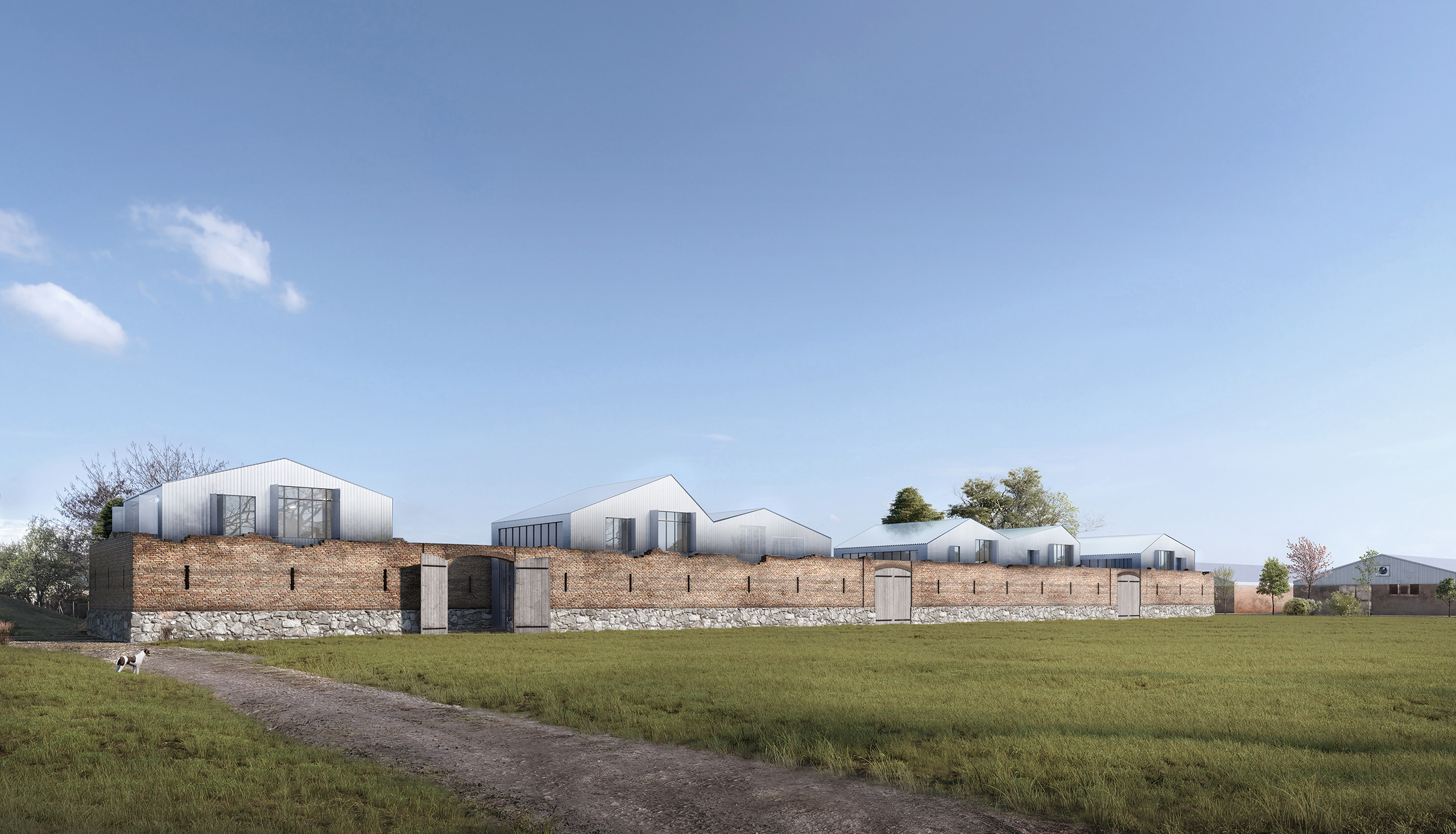 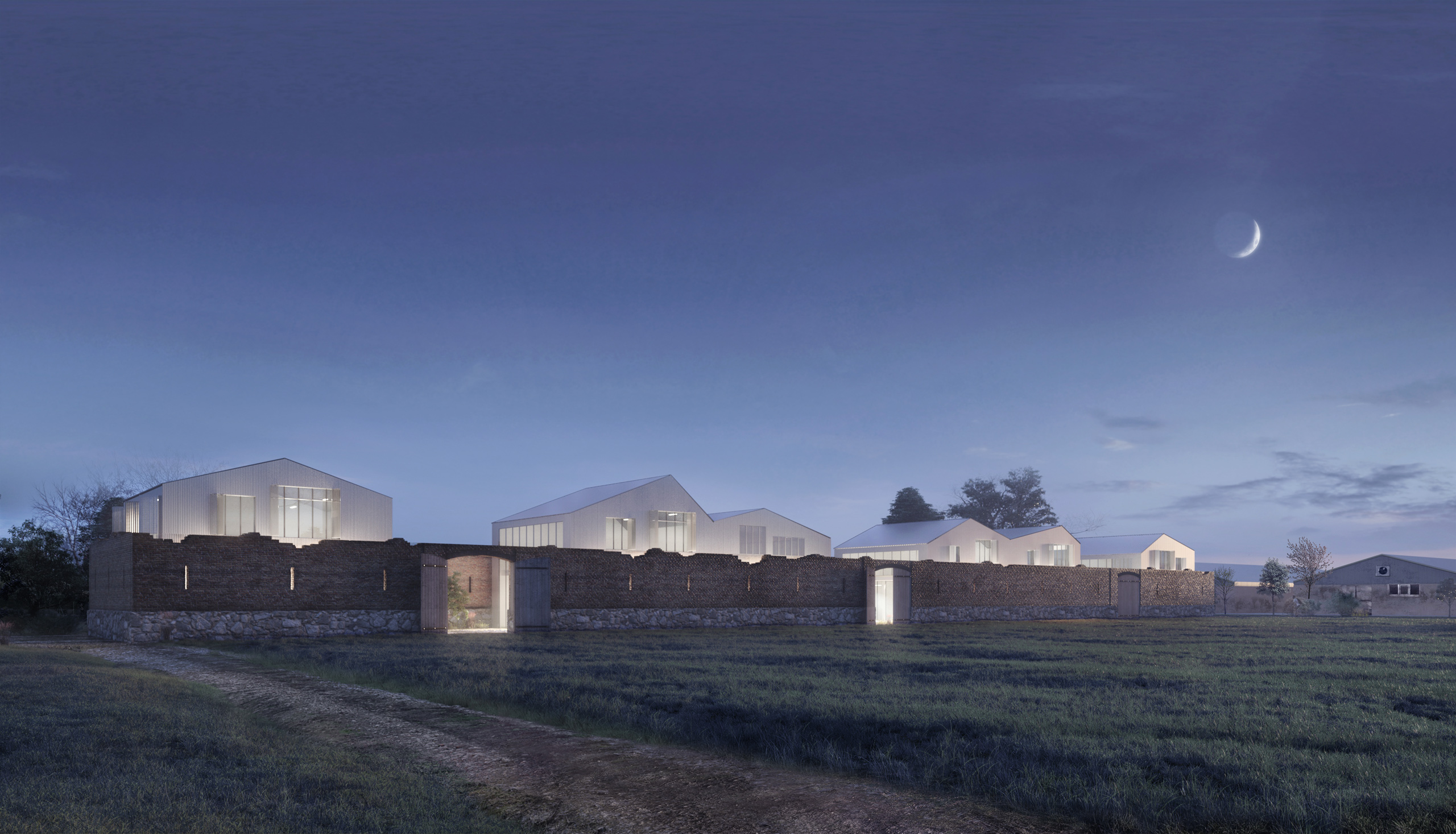 The Lietzen Commandery is the last recognizable knight's seat of the former Templar Order, later of the Order of St. John in Brandenburg.
While the original buildings date back to the 13th century, numerous utility buildings were added during the GDR era. Many of these were demolished after the property was returned and some were preserved. The ruins of the large former barn form the Southern horizon of the entire ensemble. Its front façade is oriented towards the guest house, the church and the manor house and beyond to the lake, at its back there is a large sunny meadow.

Inspired by the curious mixture of the building stock, six new guest houses were planned in symbiosis with the existing ruins. Three pairs of two houses are grouped around a courtyard, which is accessed via the preserved original barn doors. While the ground floors of the houses are introverted and protected by the barn wall, the upper floors offer a view over the wall into the landscape. The new, light and bright volumes contrast with the old, dark and heavy barn walls.