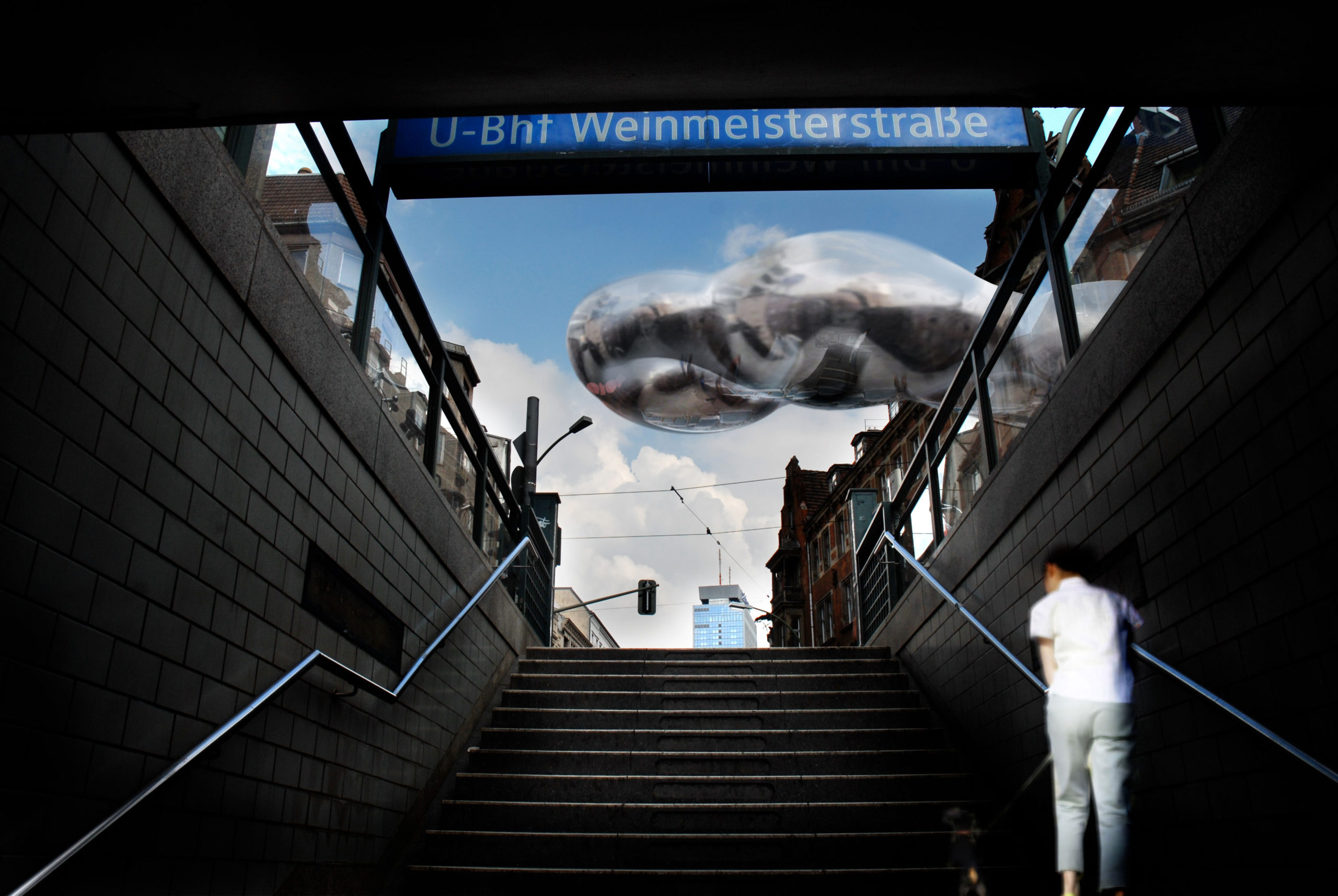 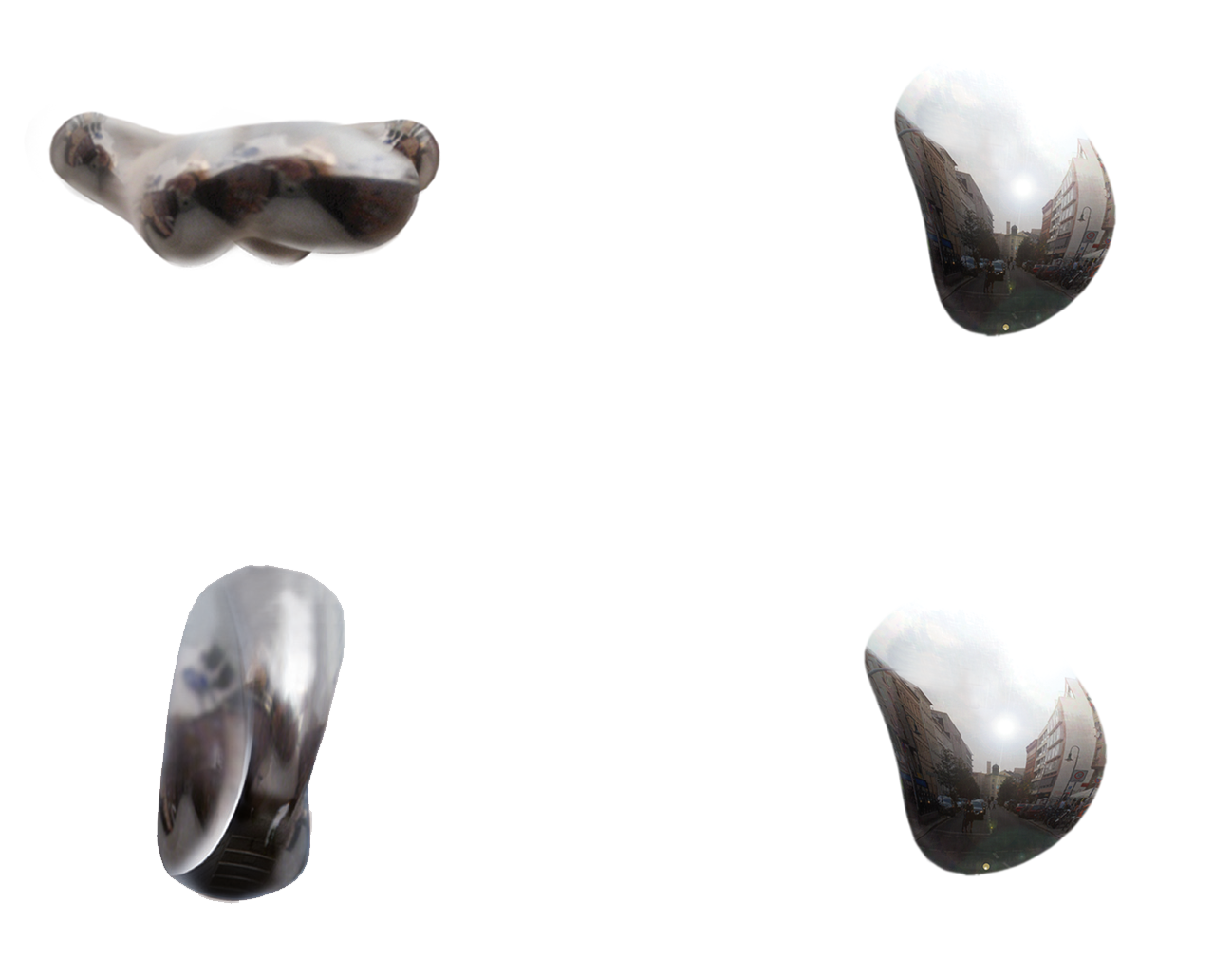 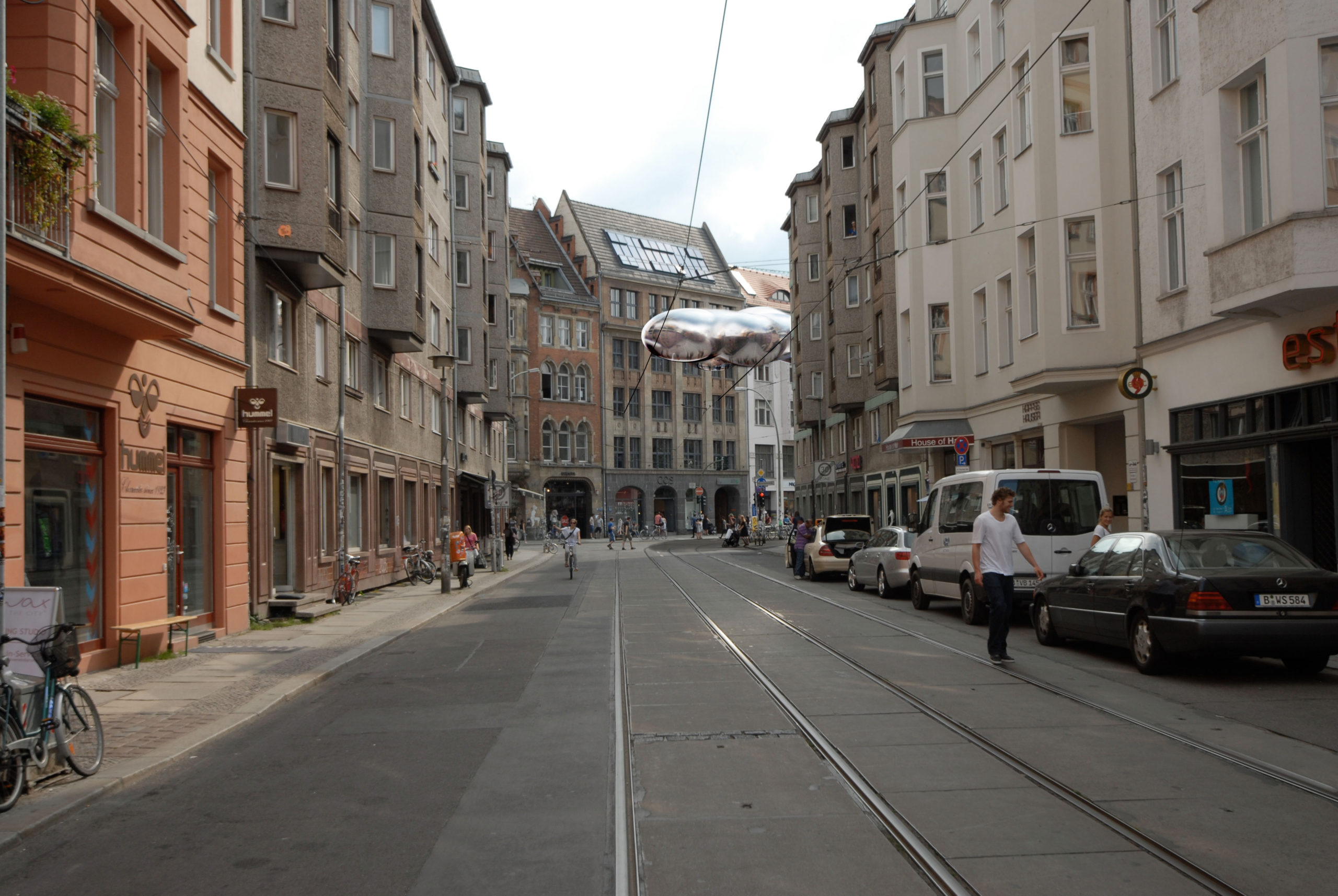 The junction between four vibrant streets Münzstrasse, Weinmeisterstrasse, Neue and Alte Schonhauser Strasse, highly particular, yet not prominent, is one of the vital points in the daily lives of Berlin’s avant-garde consumers and caffeine junkies. At a crossway between old and new, cool and kitsch, this site forms a somewhat irregular puncture in the streetscape with no sense of continuity. With its sharp building edges and unclear view from each of the four streets, the site is in a denial for provoking attraction. Hence creating a visual link on the crossway brings the notion of connectivity and continuity. A highly reflective body with the ability to hover above and nest in-between will visually emphasize the specific spatial properties of this urban joint.