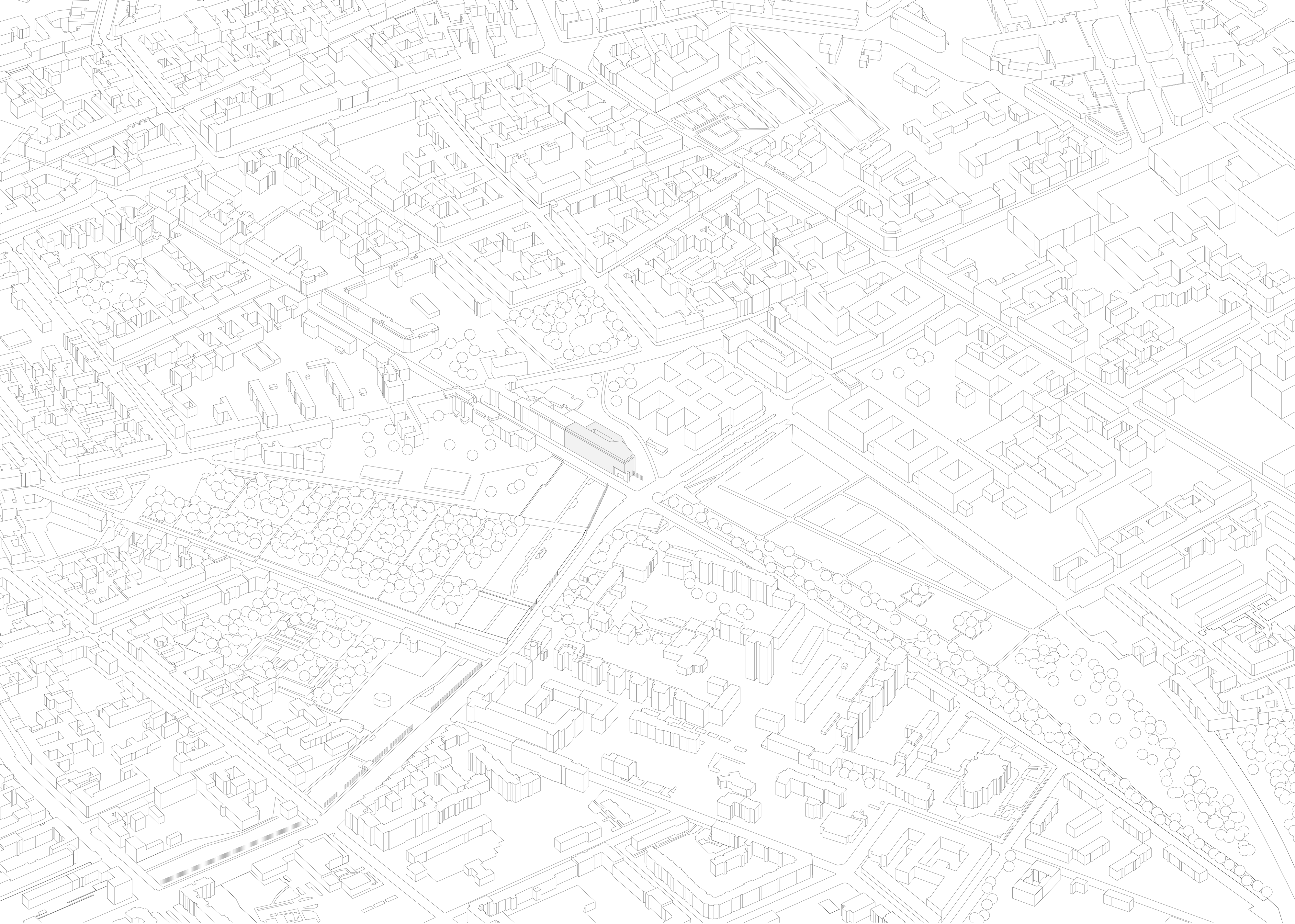 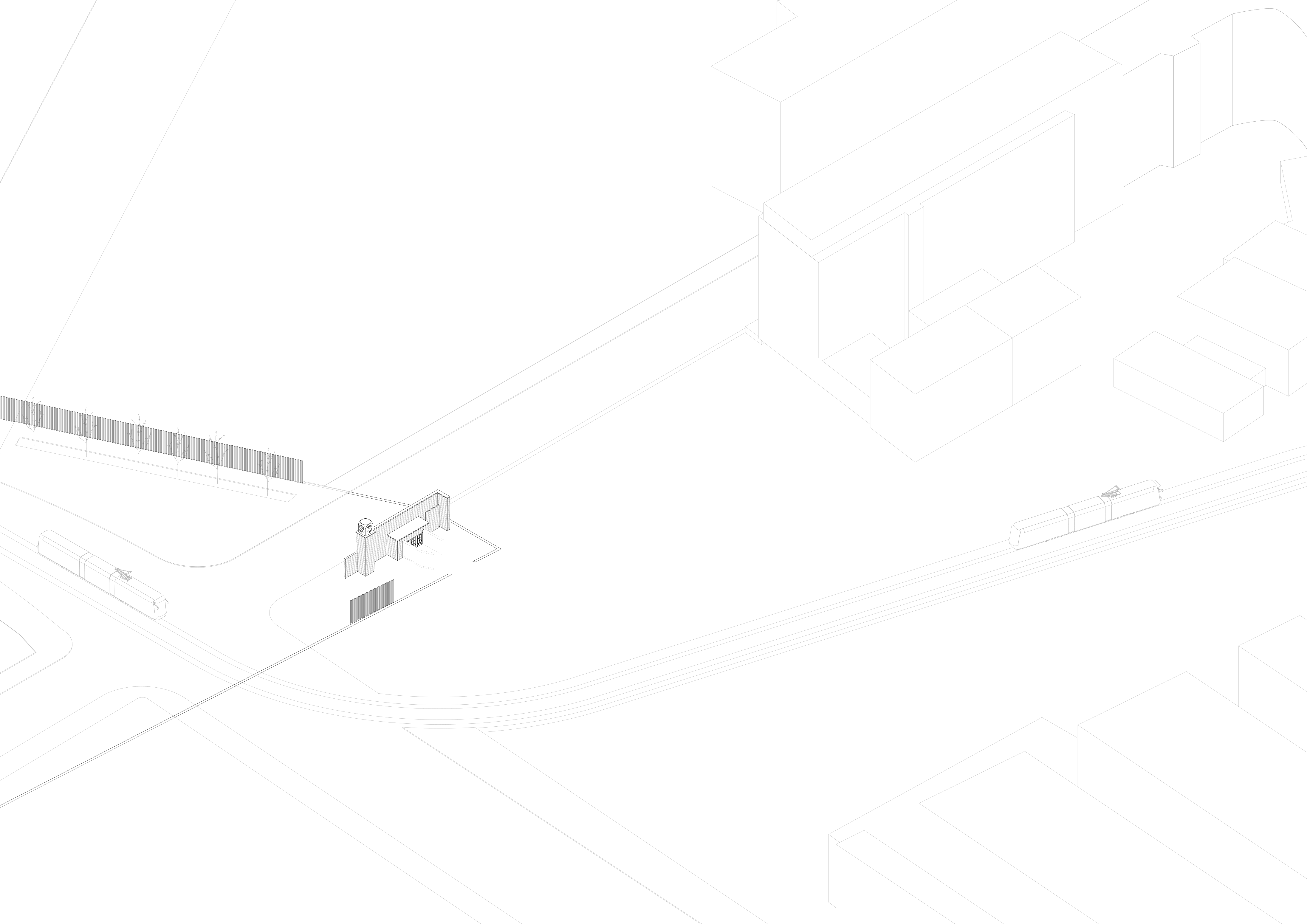 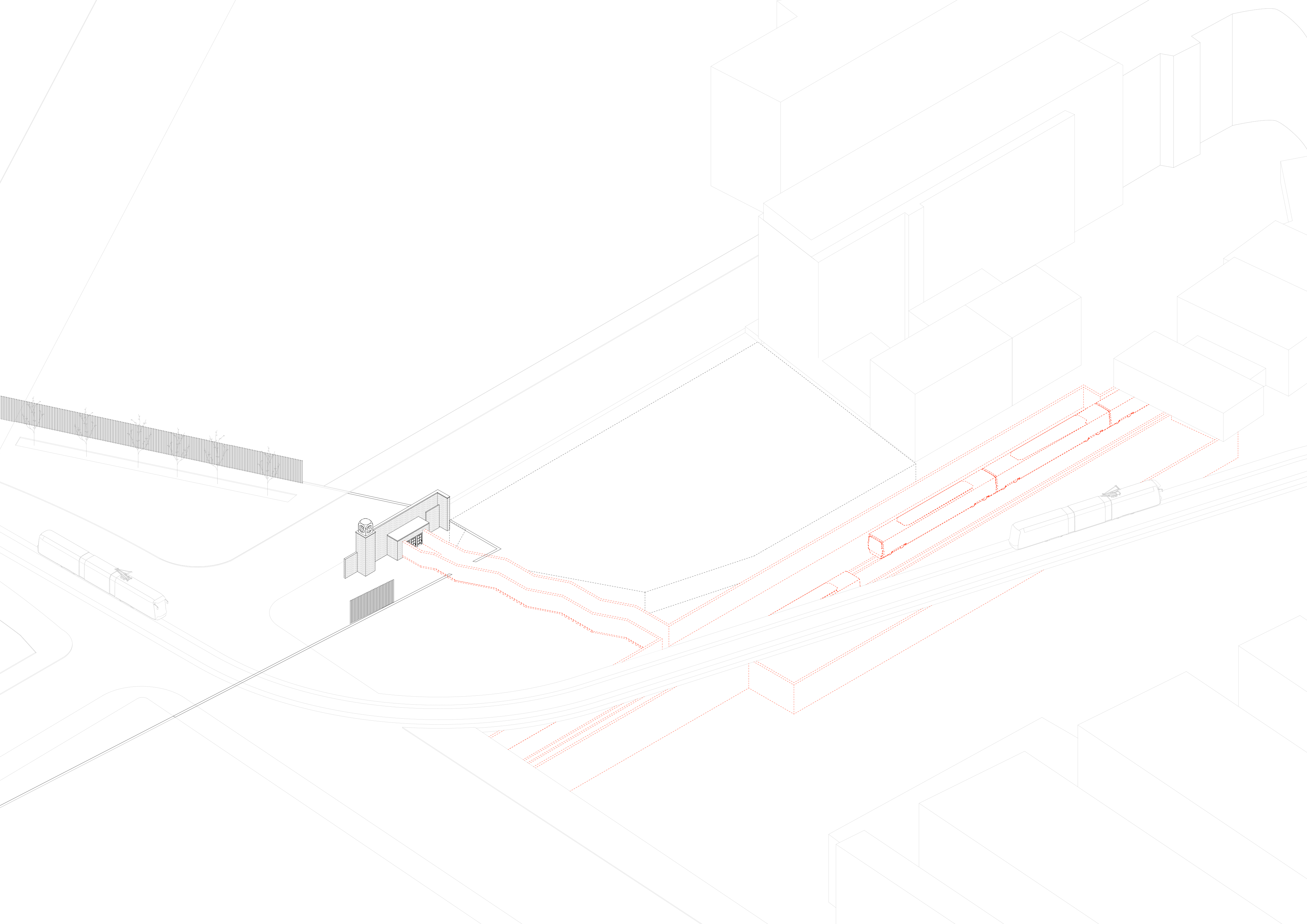 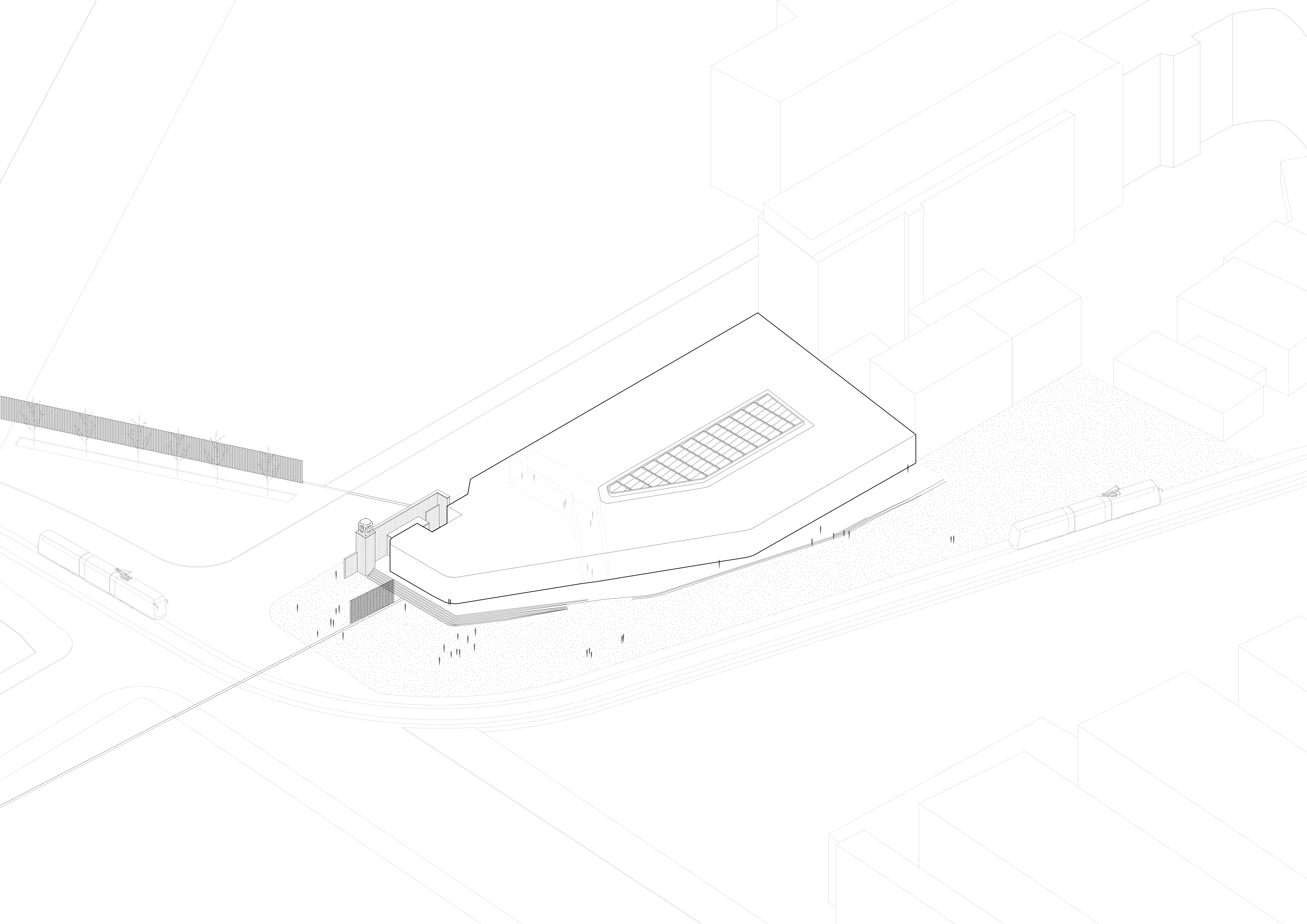 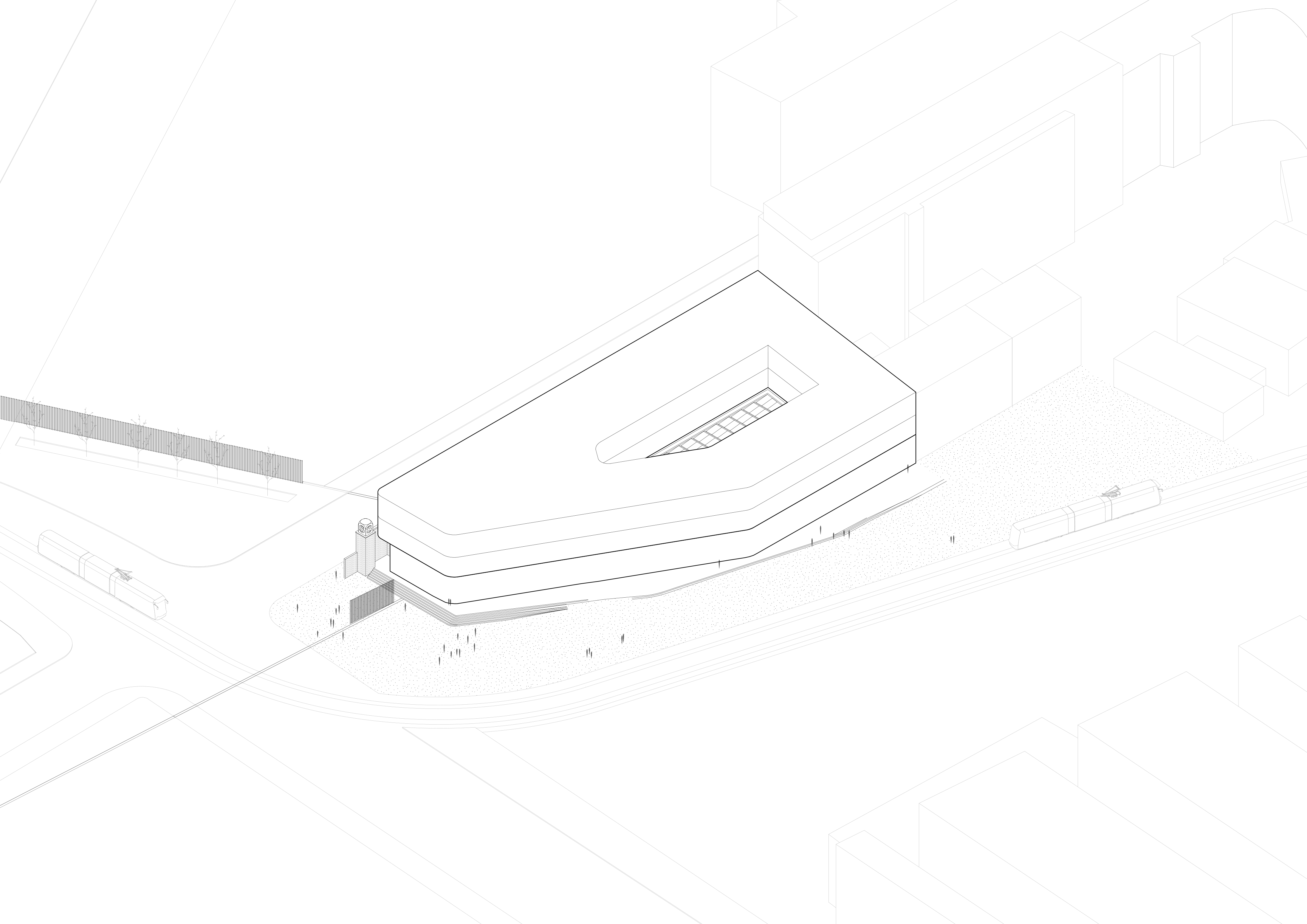 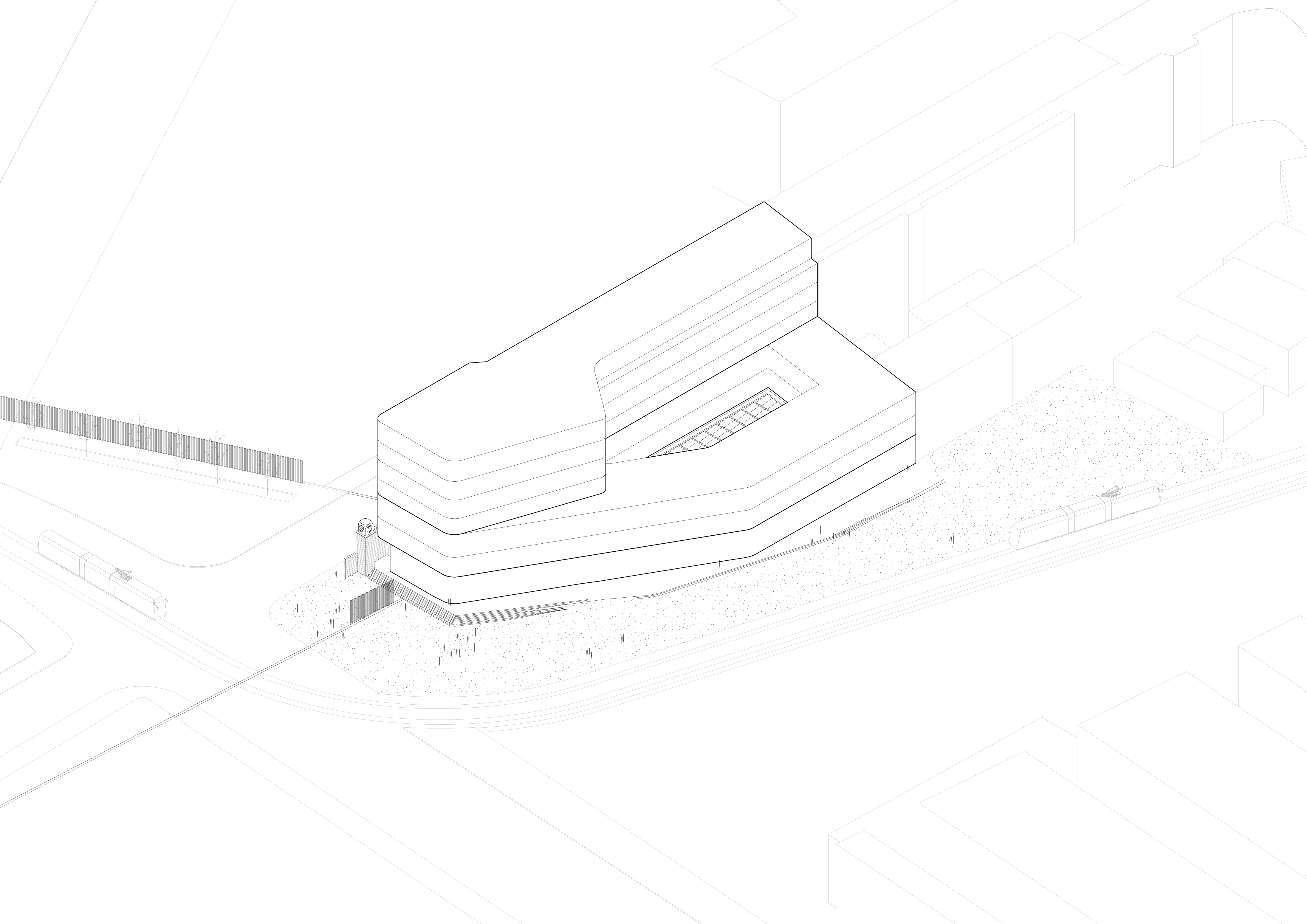 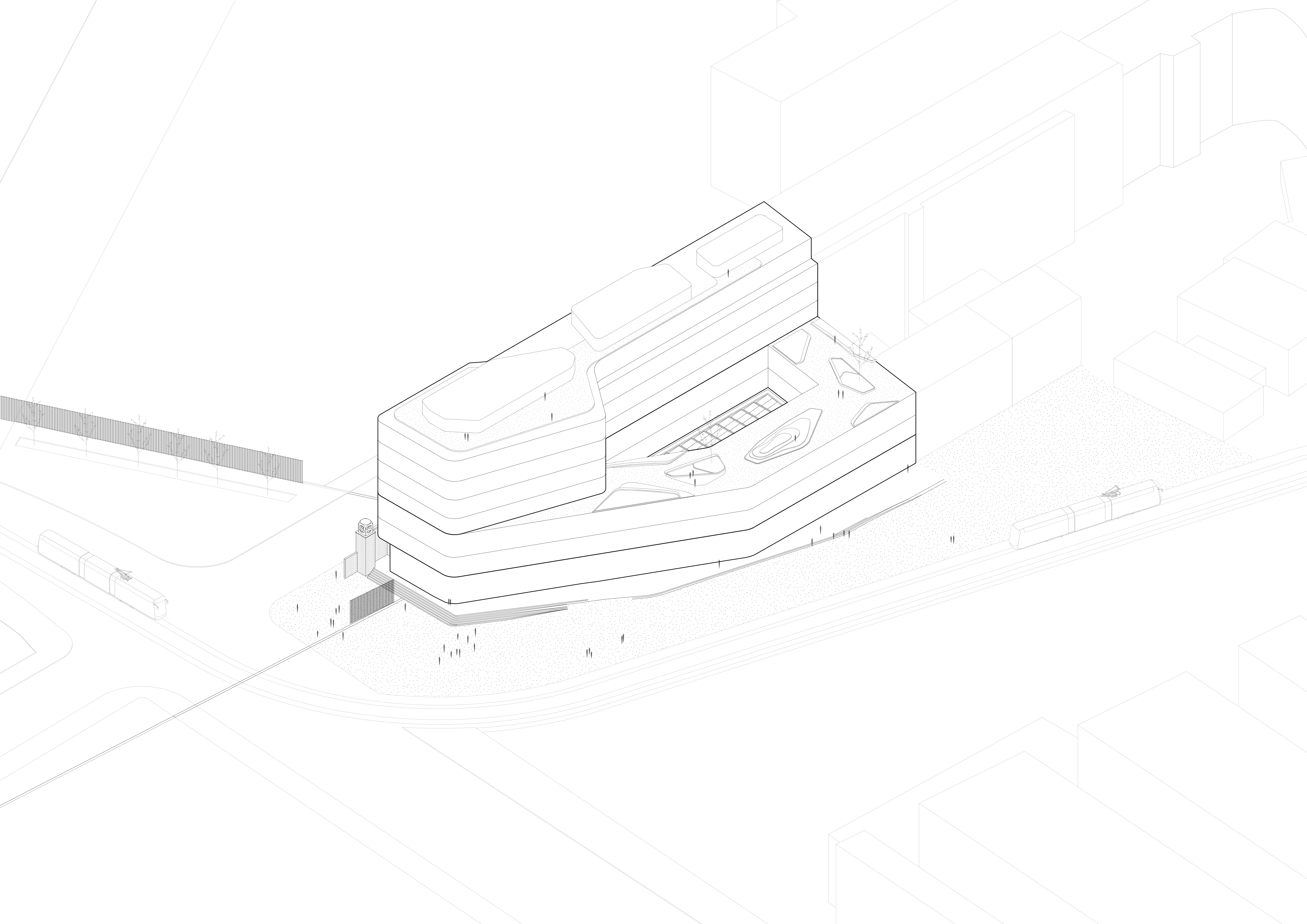 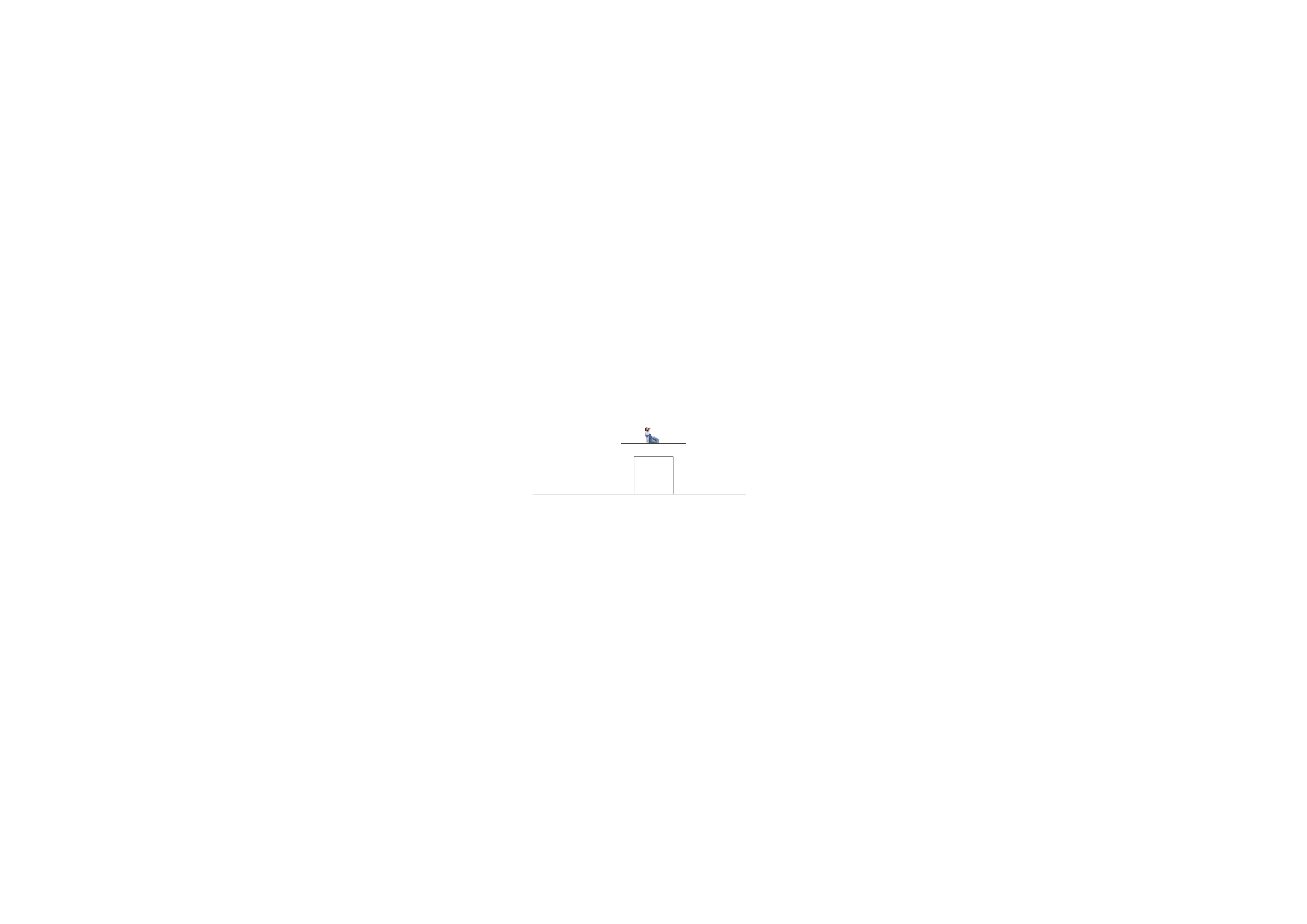 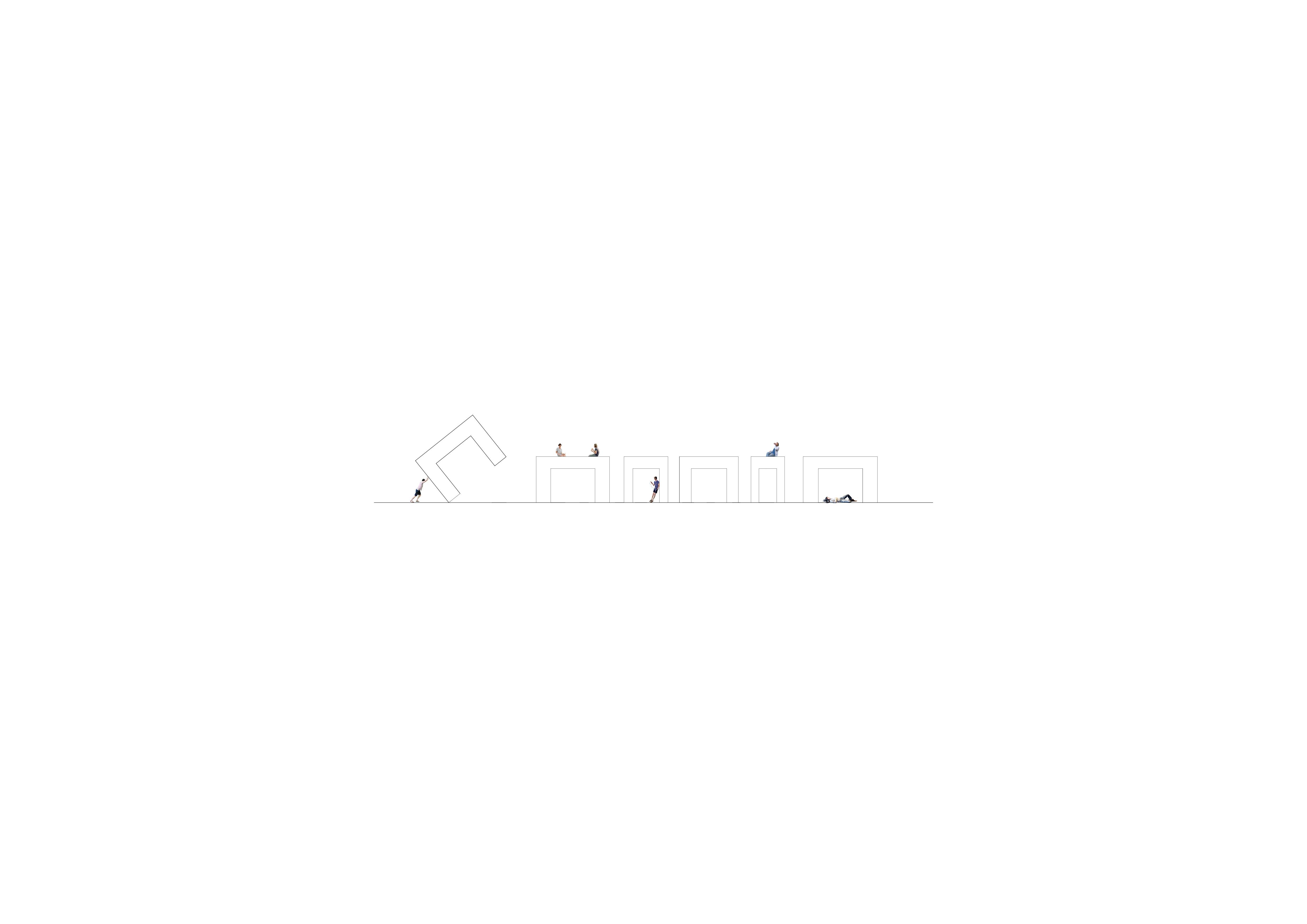 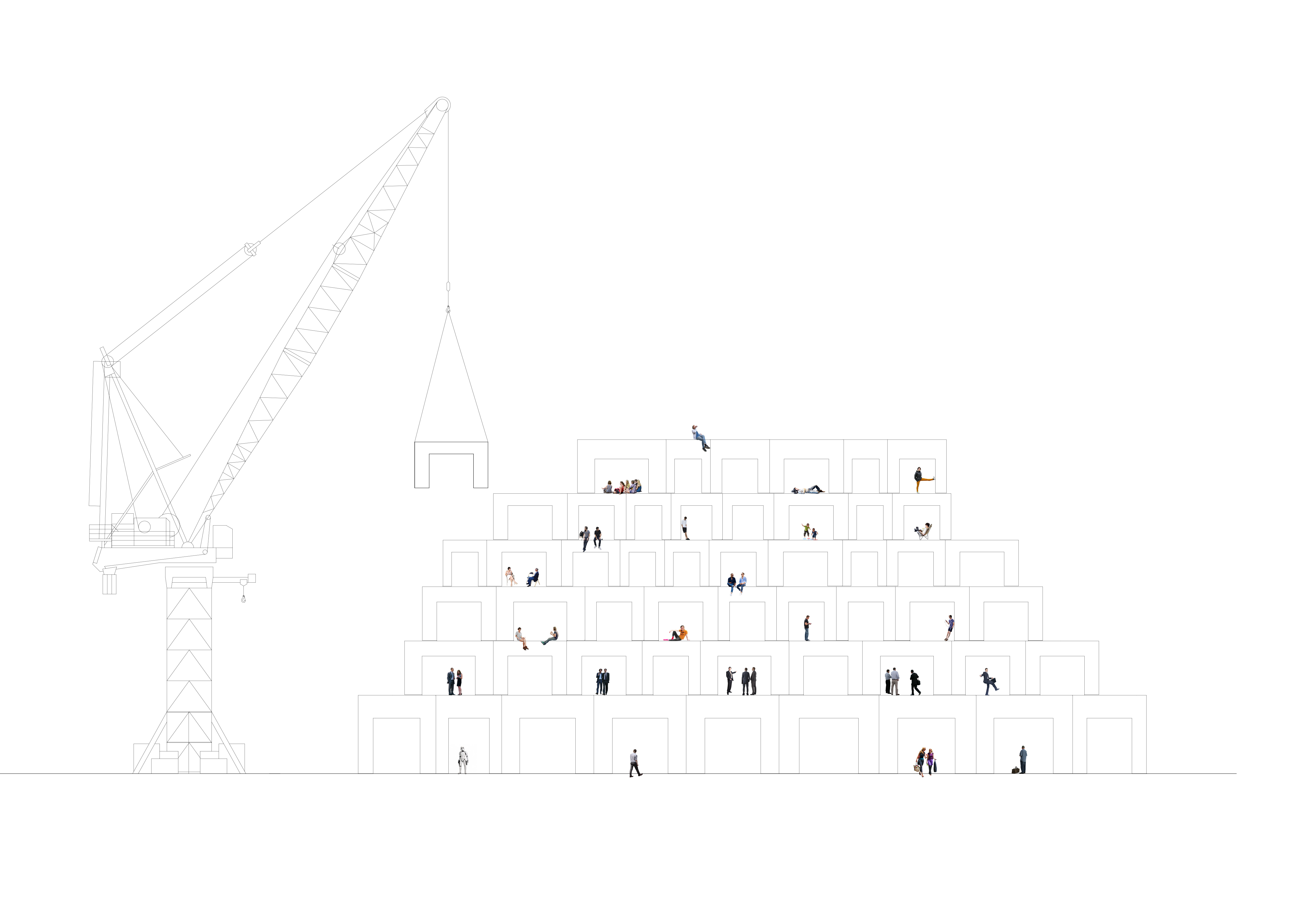 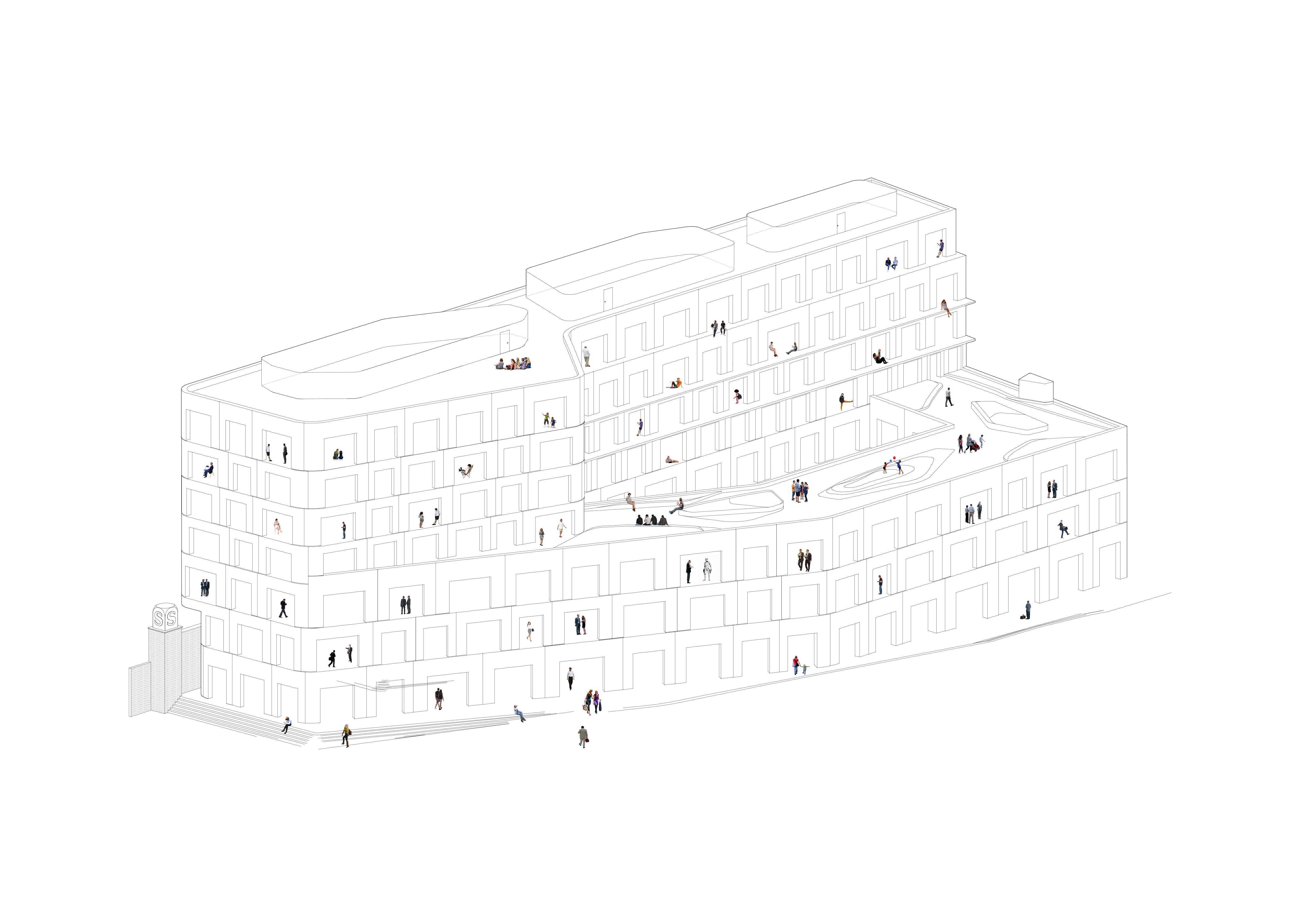 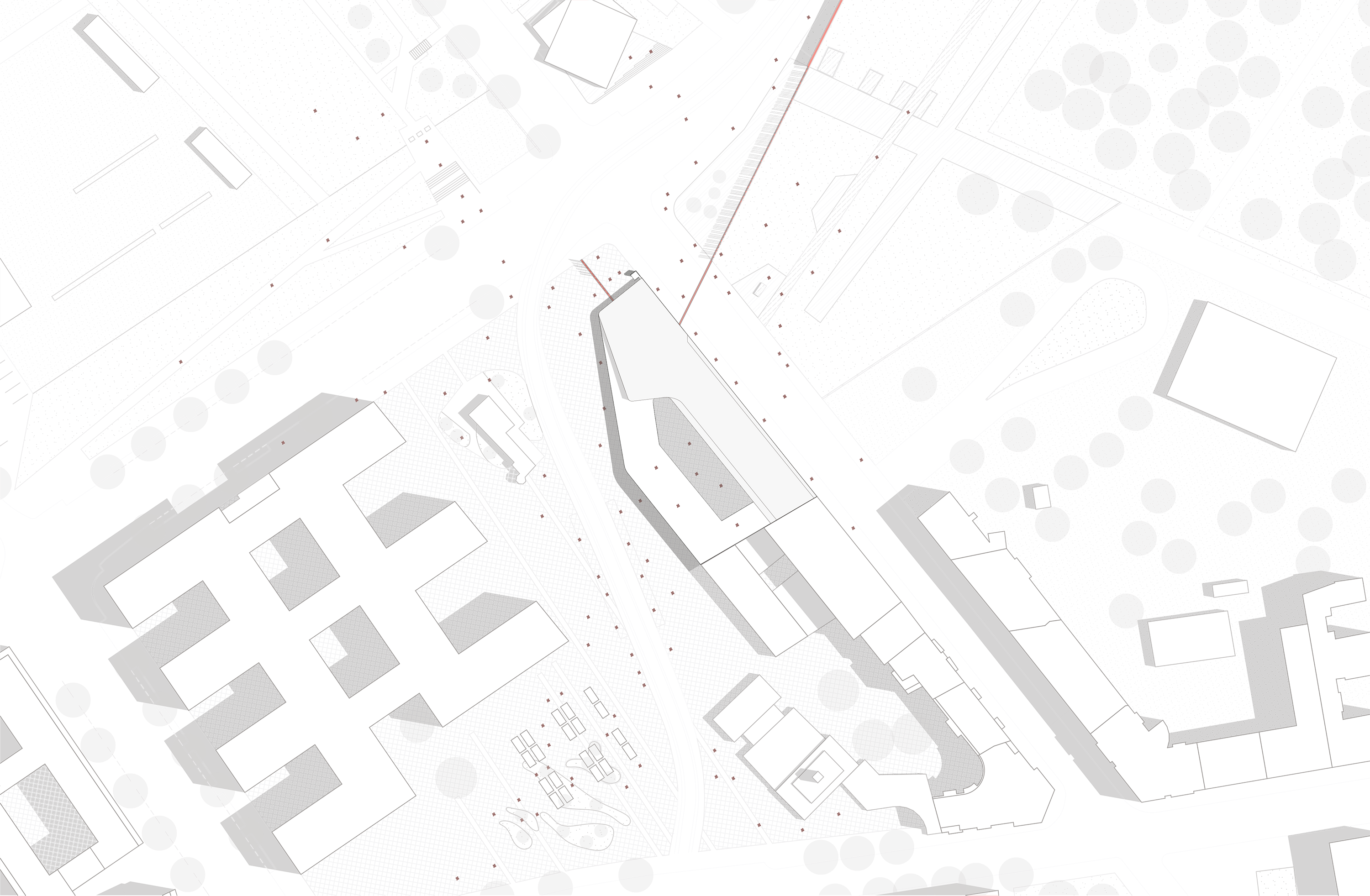 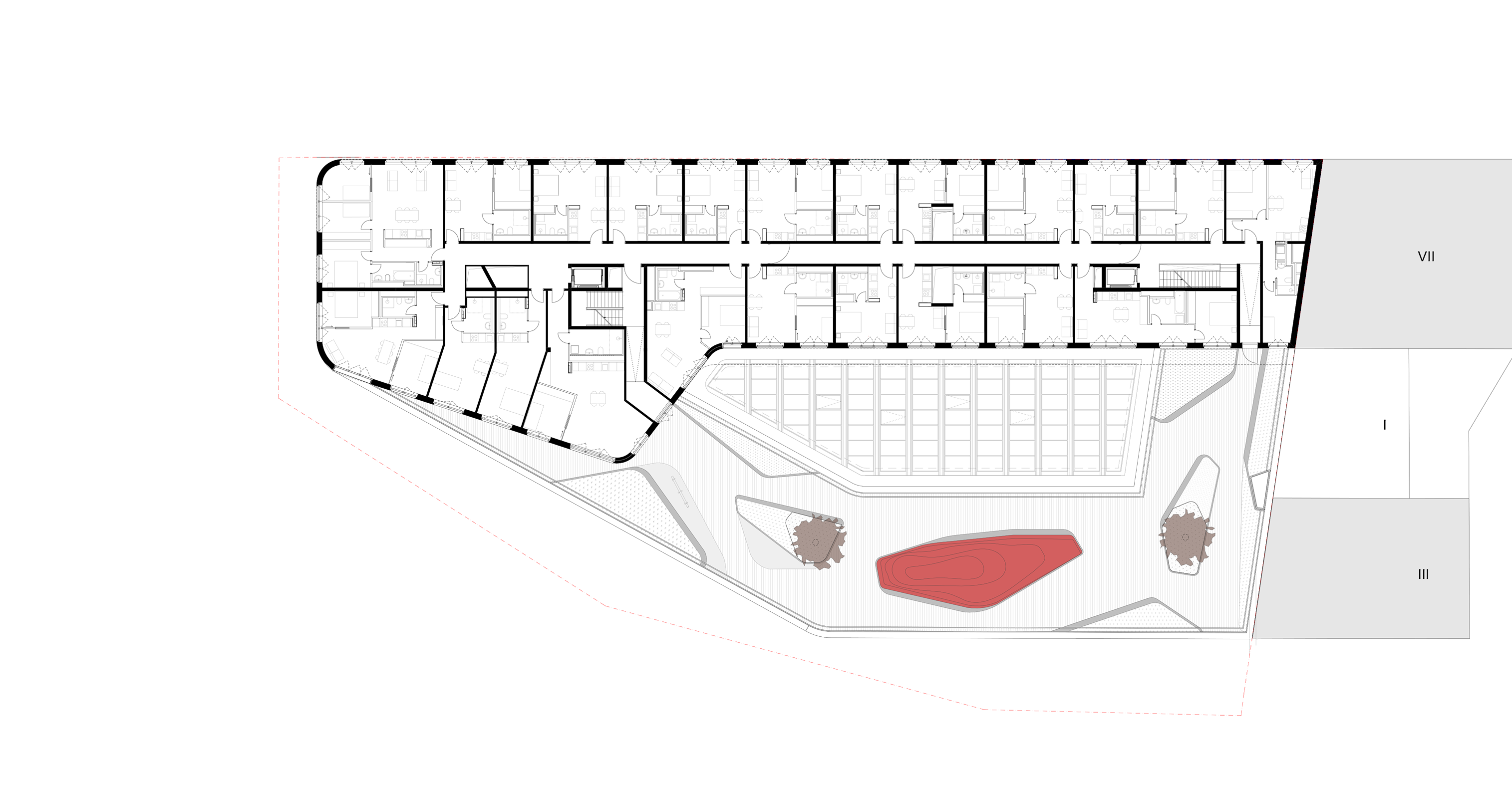 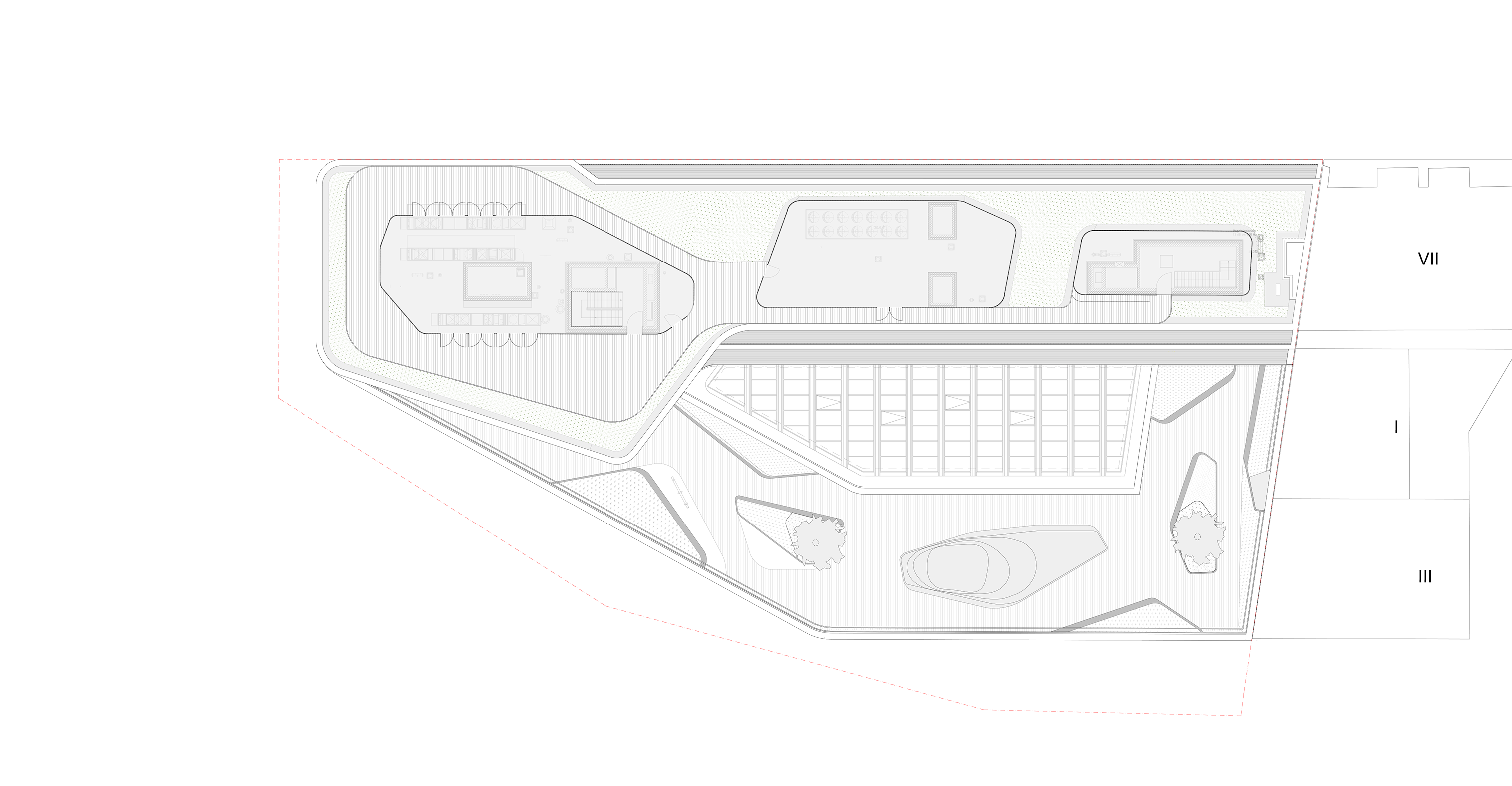 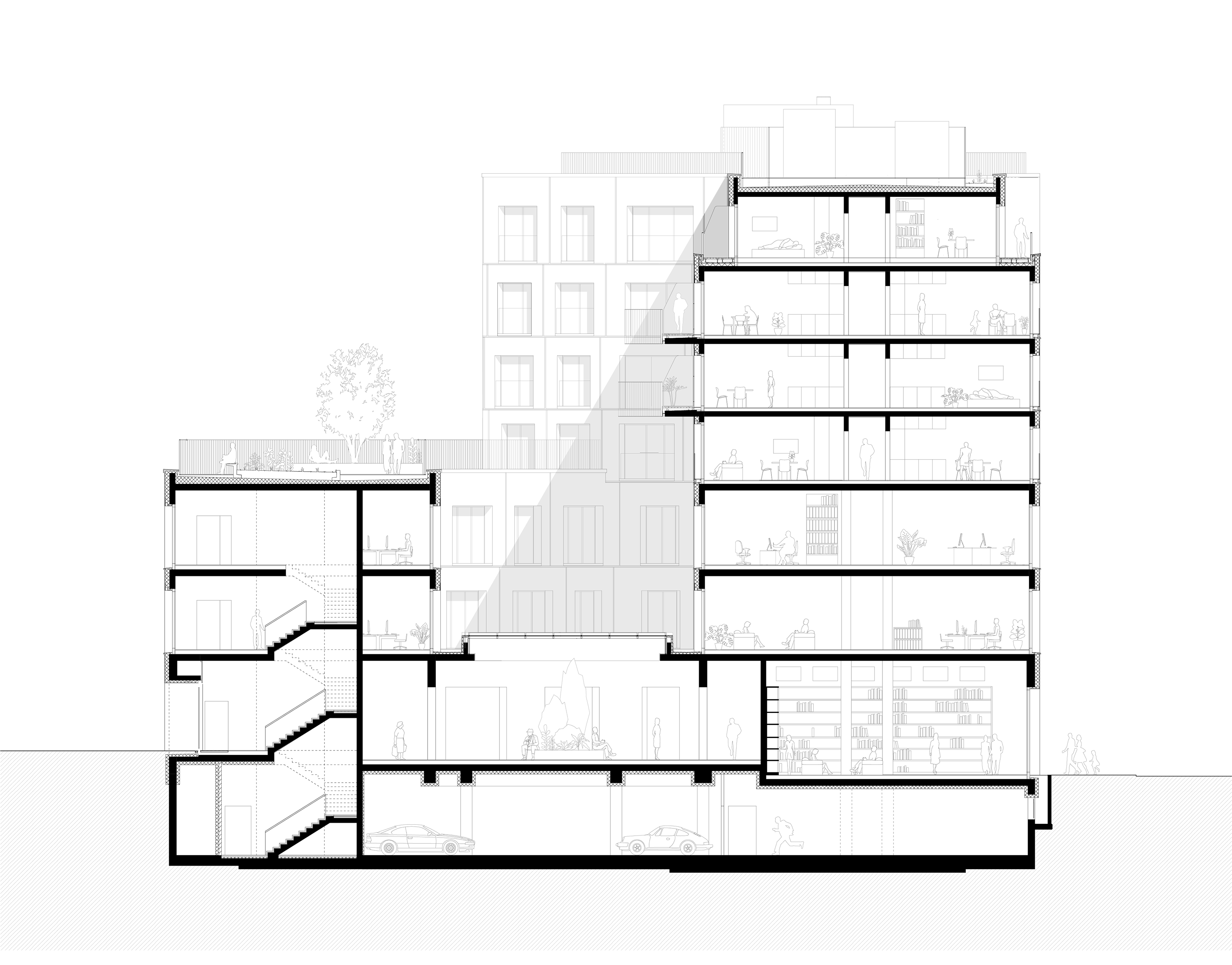 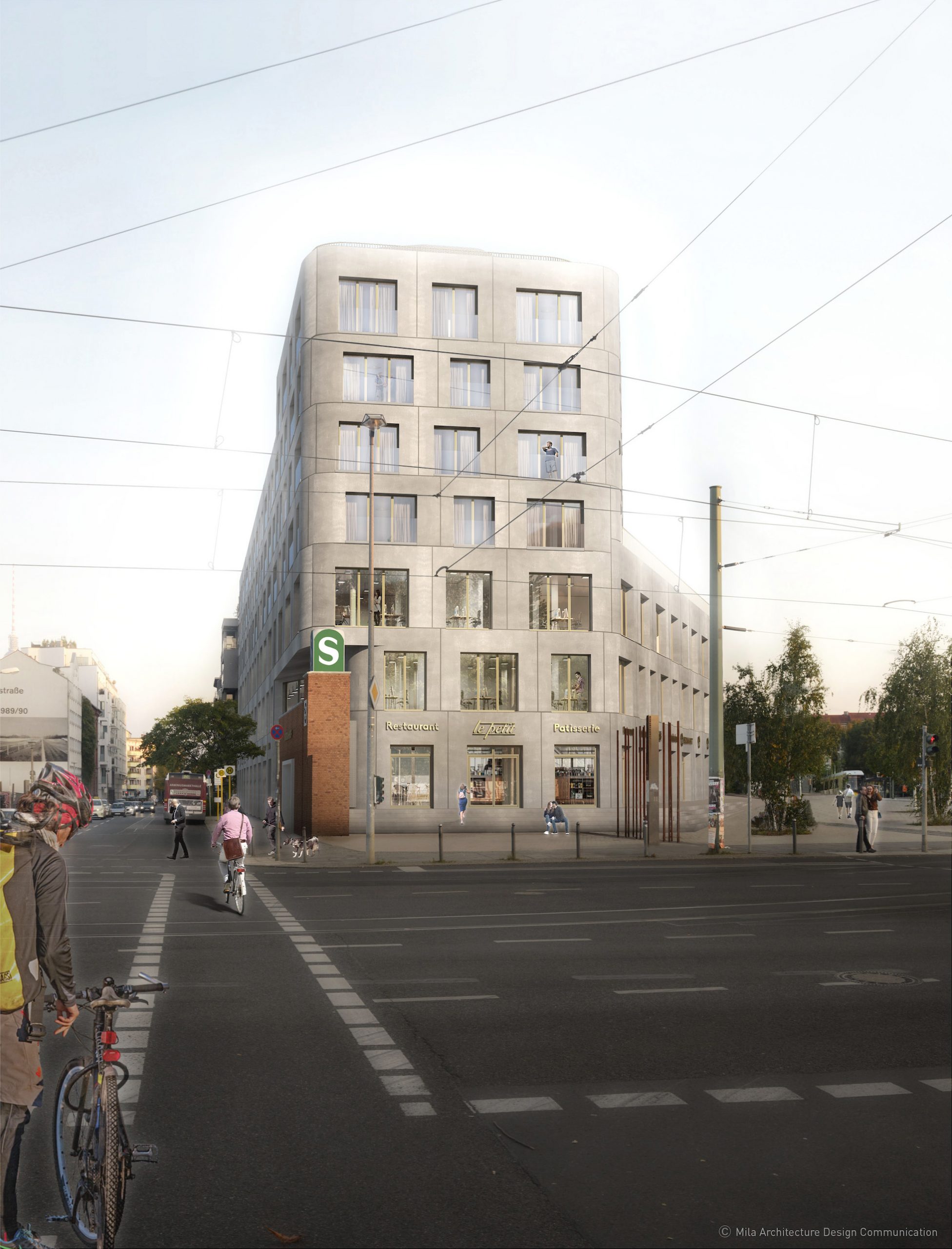 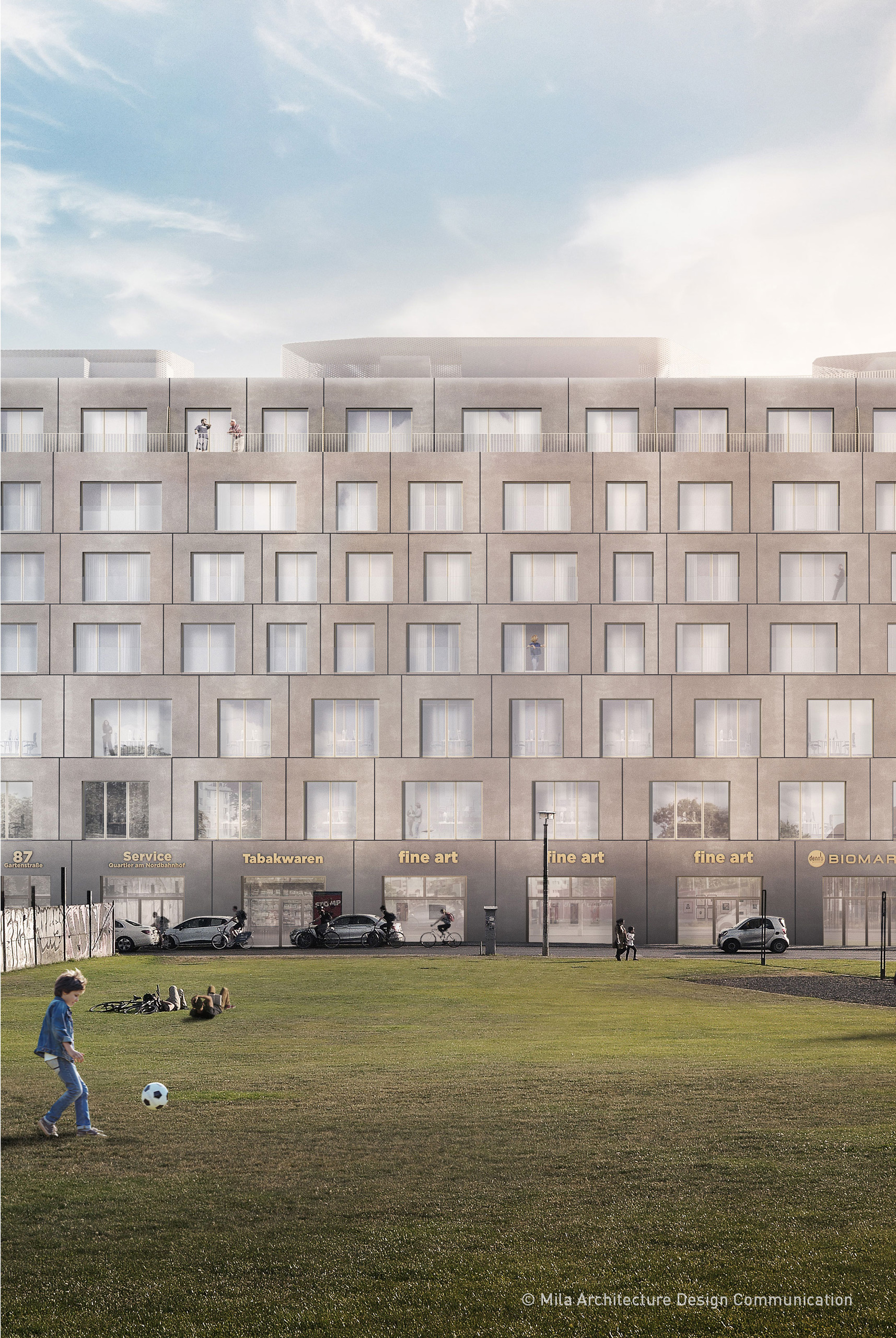 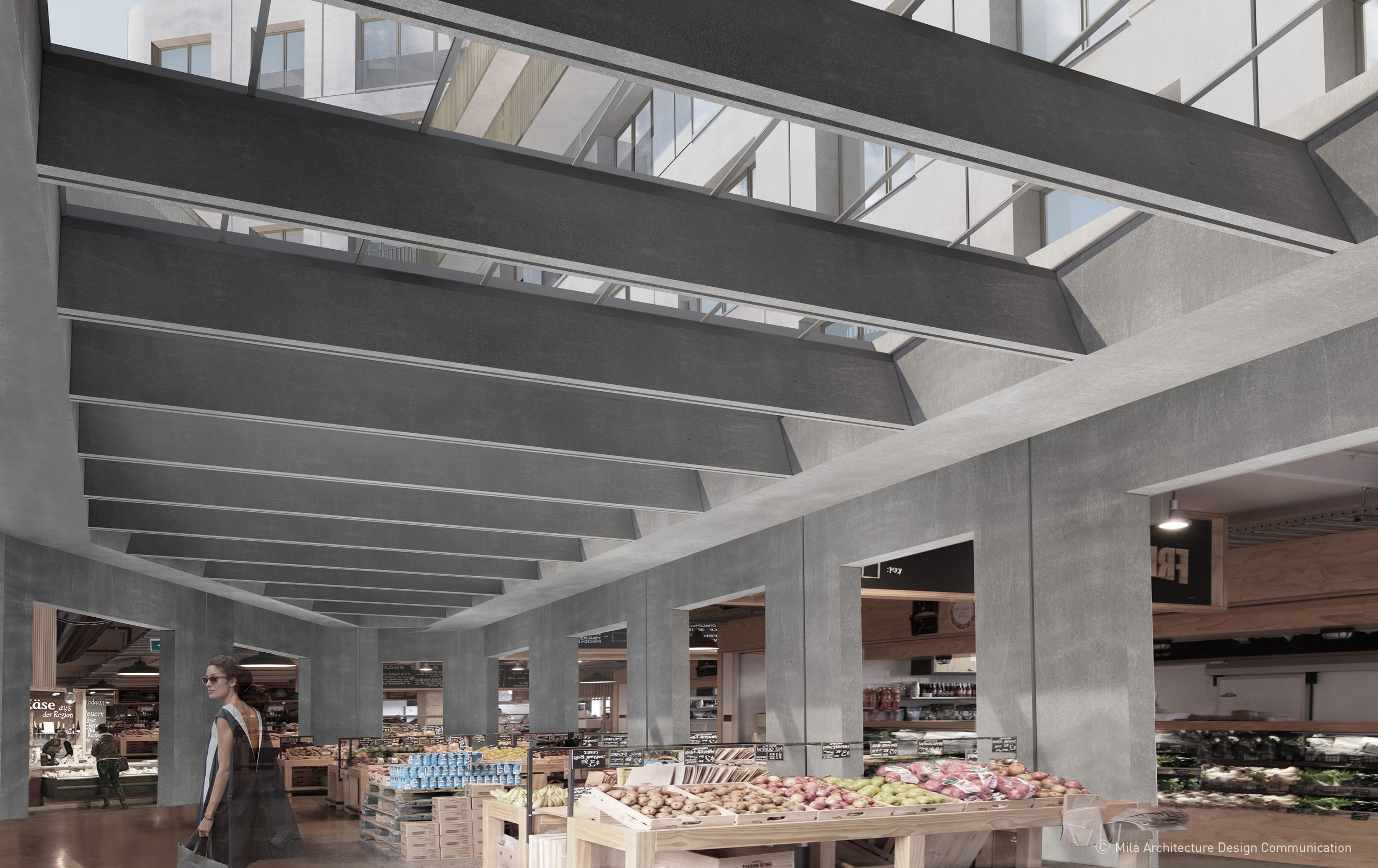 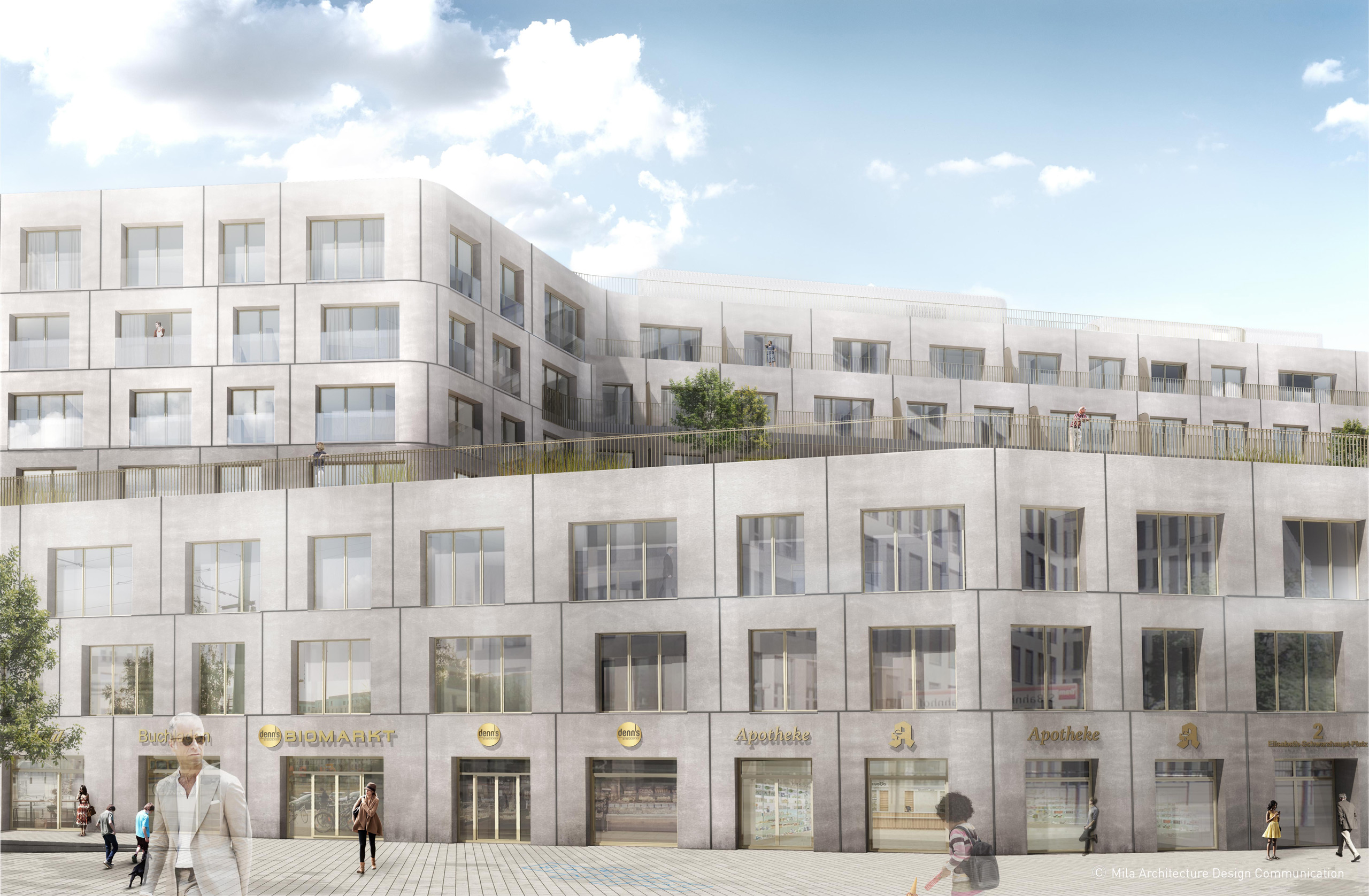 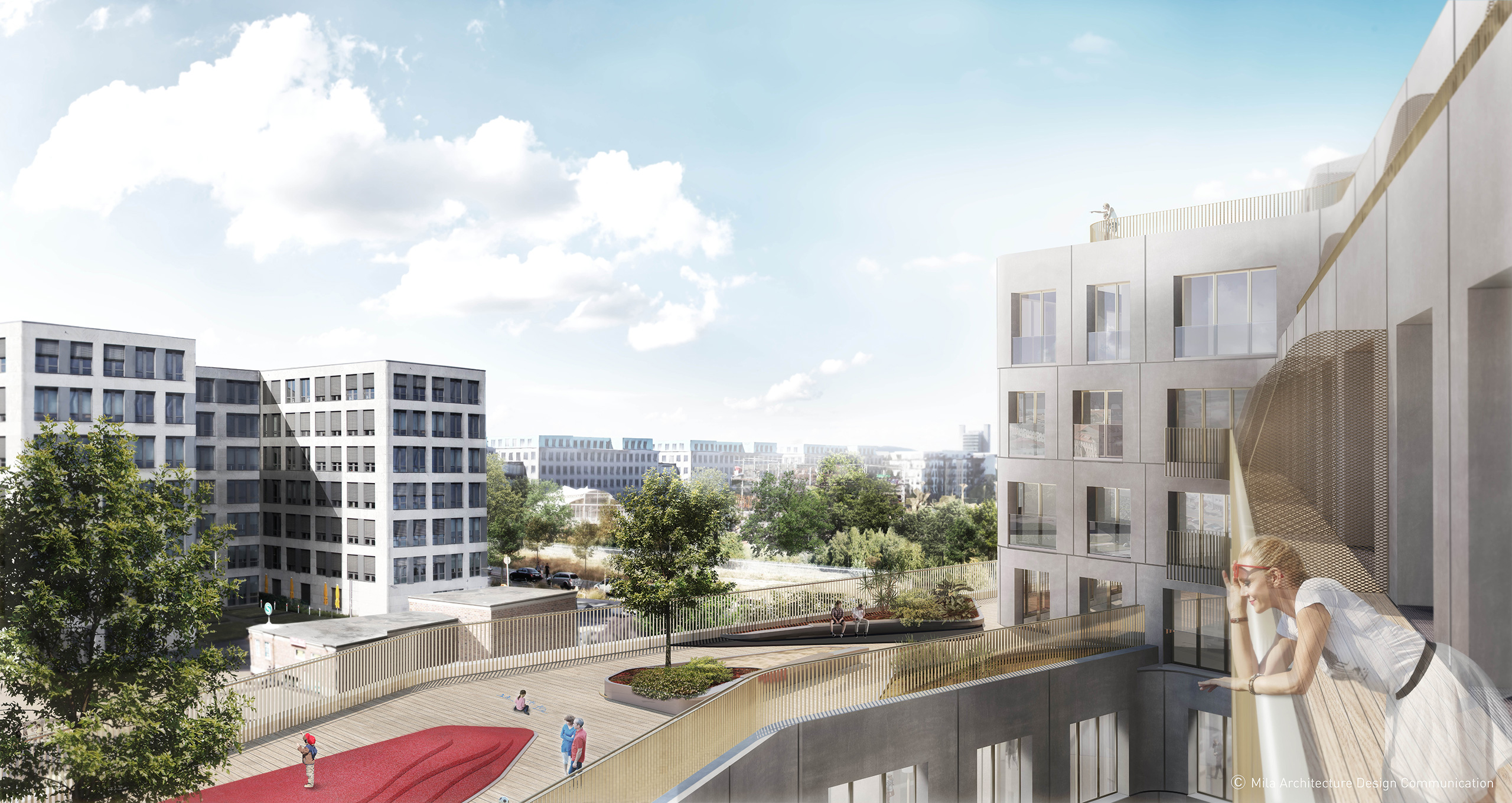 QAN is a large mixed-use building on the site of the former „death strip“, that seperated East-and West-Berlin in the period of the country’s post-war separation. The building bridges a listed monument, the pedestrian tunnel to „Nordbahnhof“ train station and integrates the station’s entrance portal into its North-Eastern facade. In close co-operation with the district’s and senate’s planning departments the existing land use plan was altered to transform the volume into an urban joint between the cities’ monument to the wall on one side and a large public square and an urban park on the other sides.
The volume completes the afore fragmented urban building block  and opens the square to the park. Square and monument are connected through a passage on the ground floor that gives access to a market in the buildings core. Around the market exists a ring of shops and cafes, above two office floors and on top four residential storeys with more than 80 apartments. On both roofs, on the 3rd and the 7th floor, terraces have been built as spaces that are shared by all the building’s inhabitants.

Central theme of the architectural composition is the struggle of the individual and the collective, symbolised by the addition of arches of different sizes to form a heterogeneous, still united urban block.