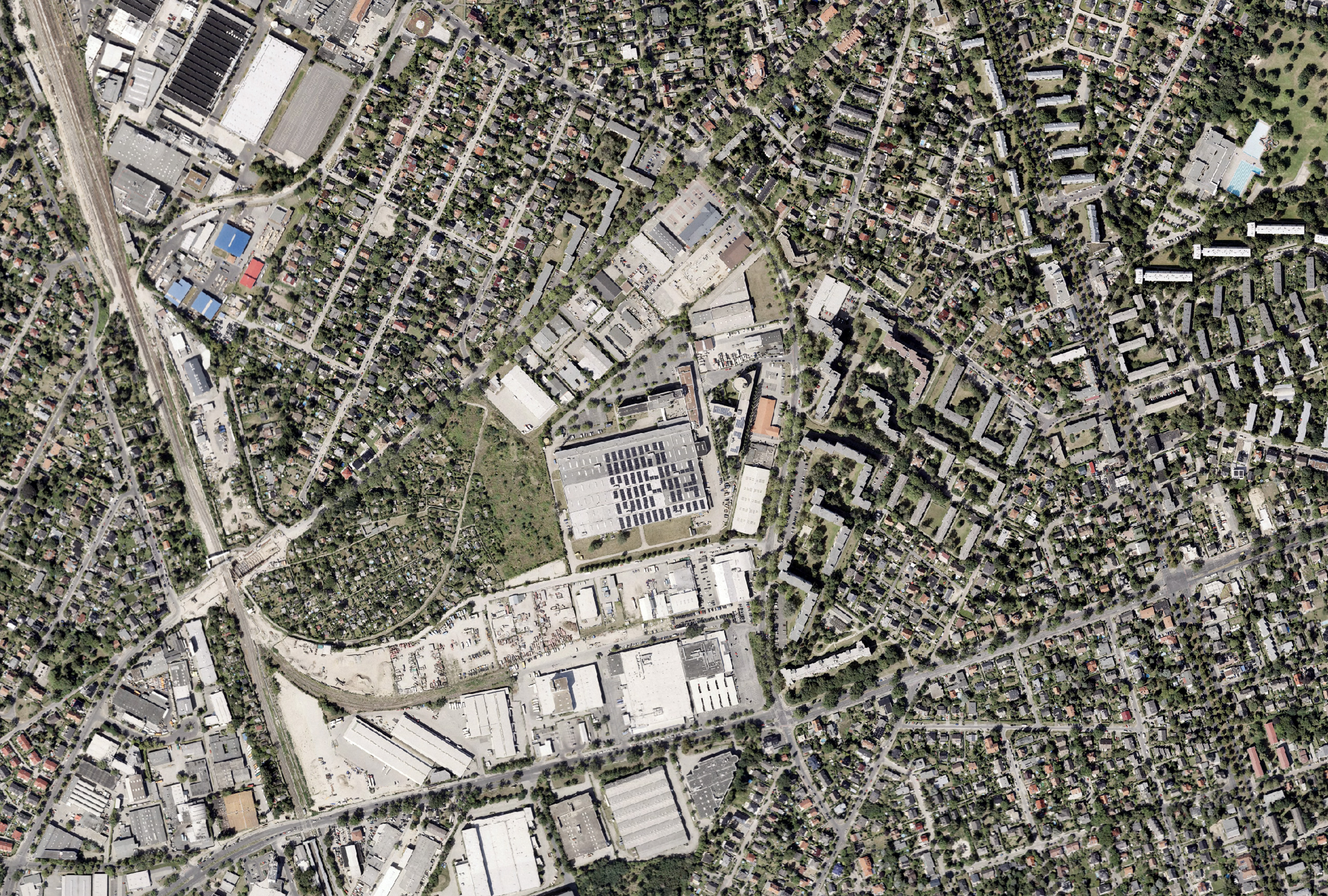 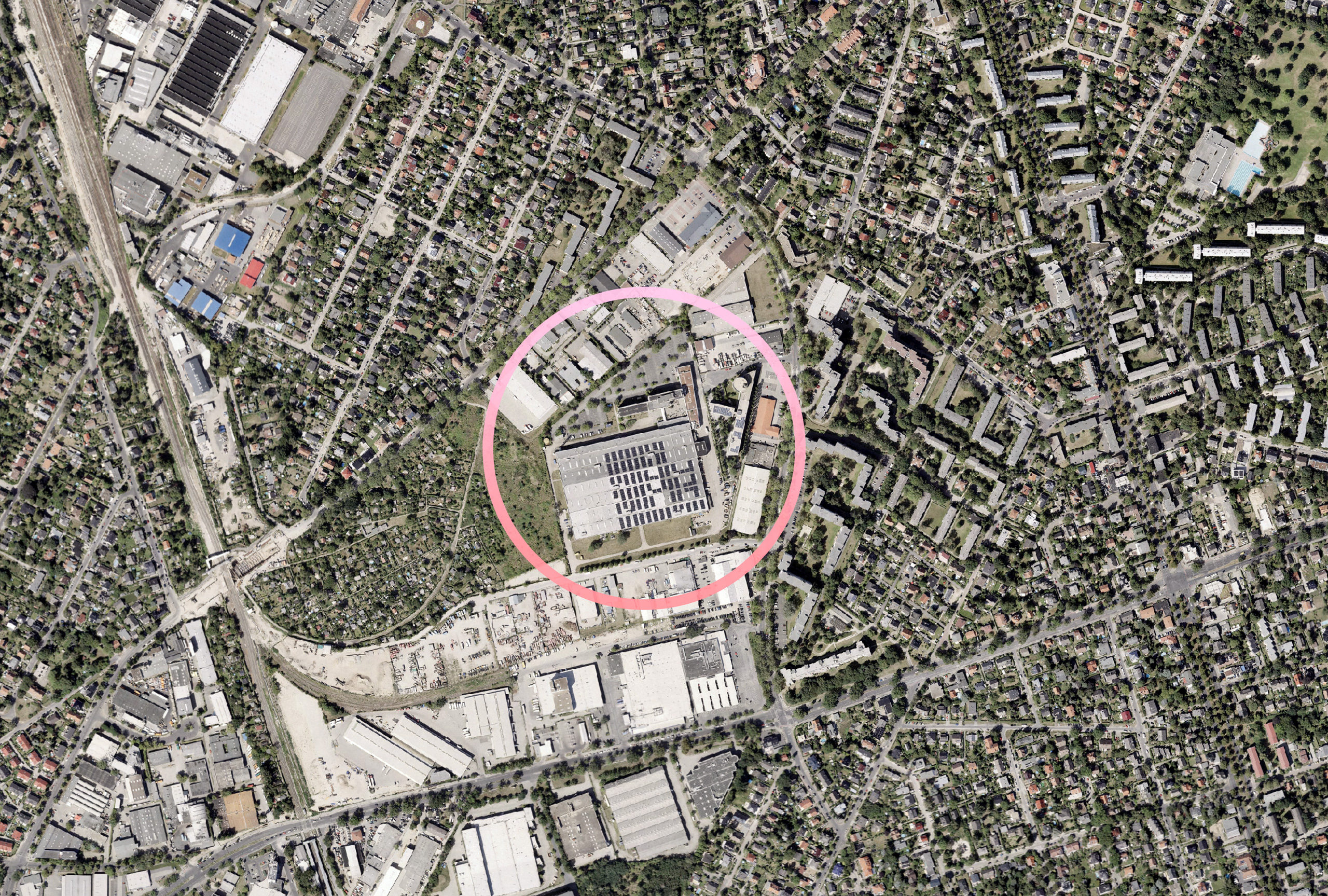 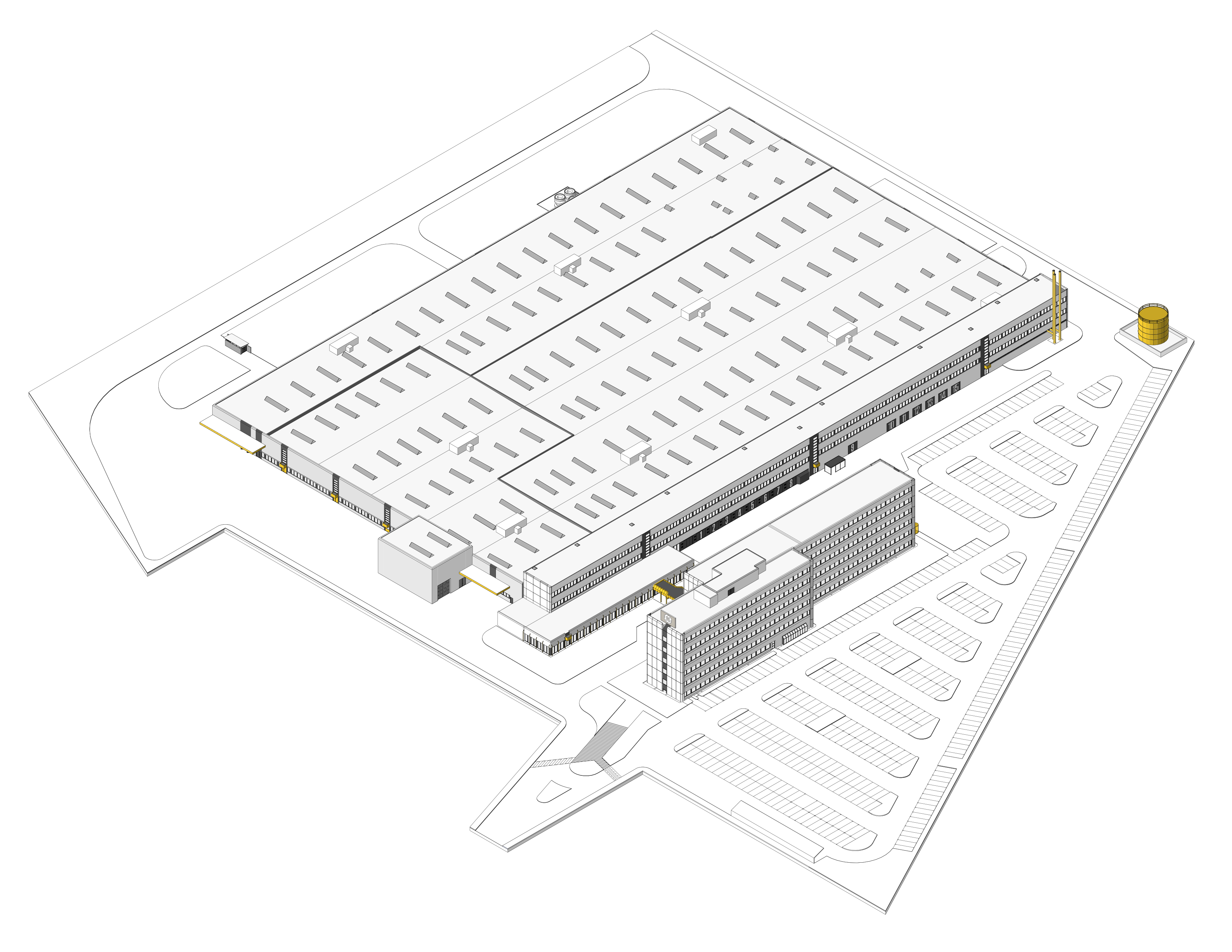 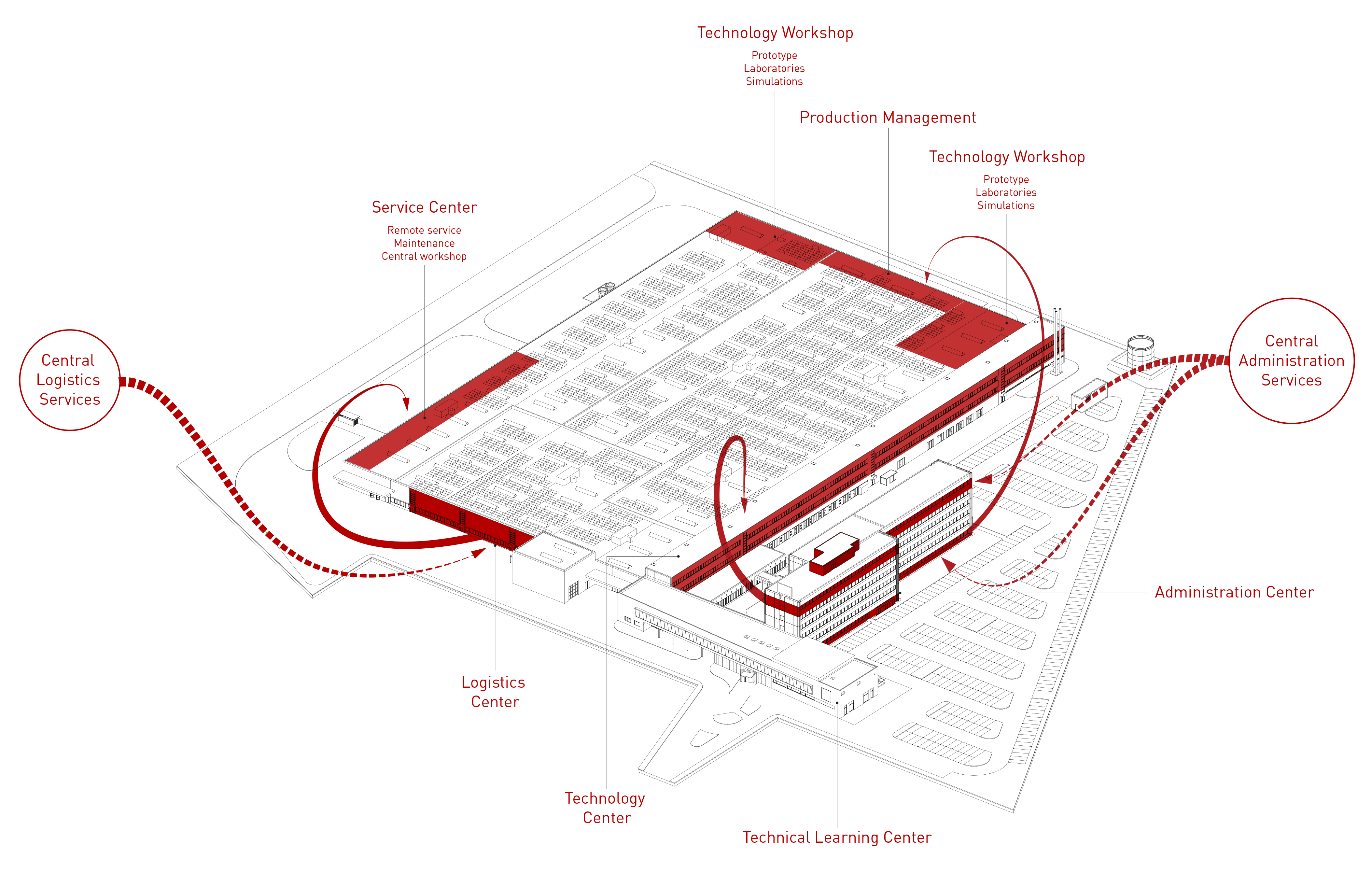 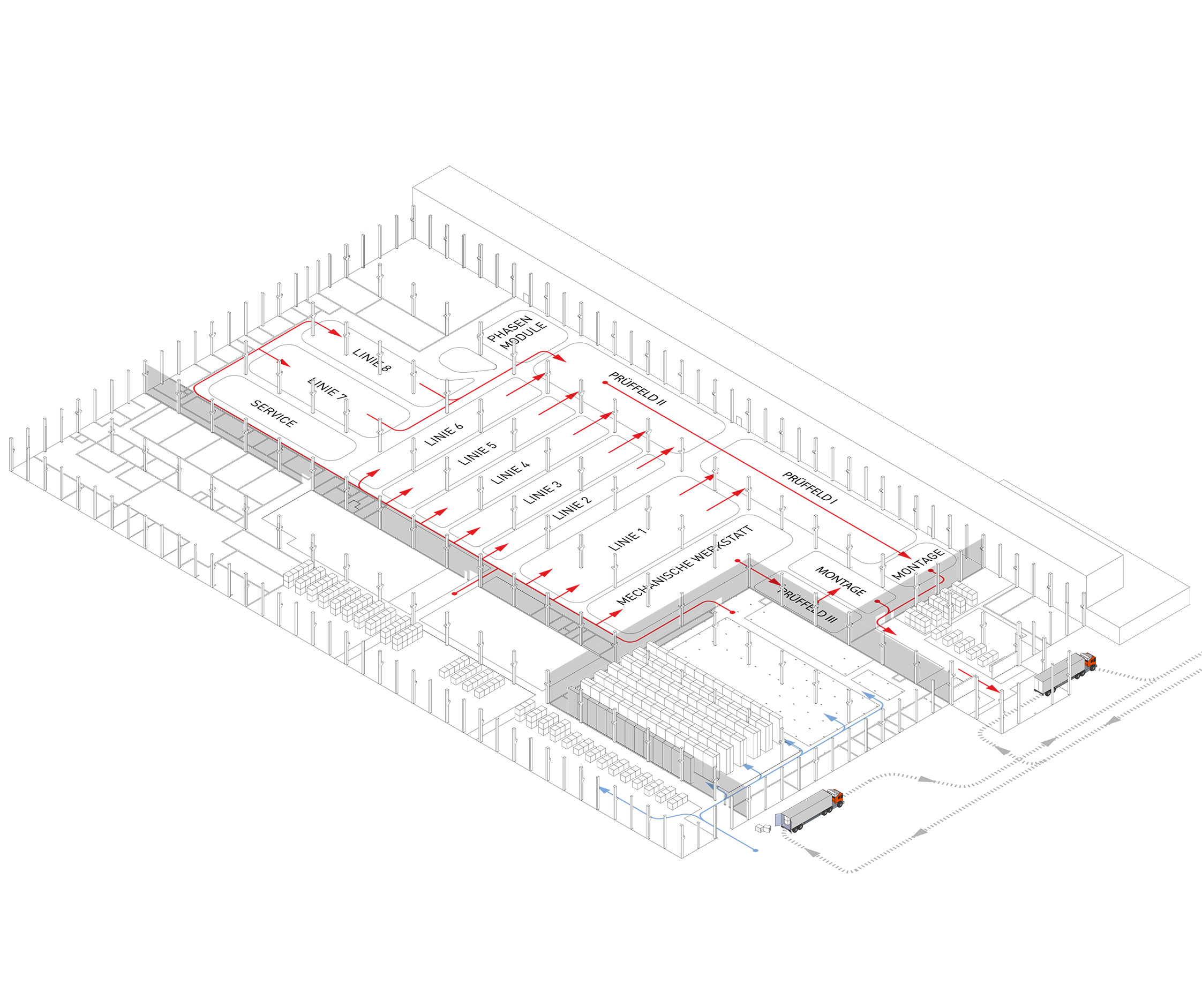 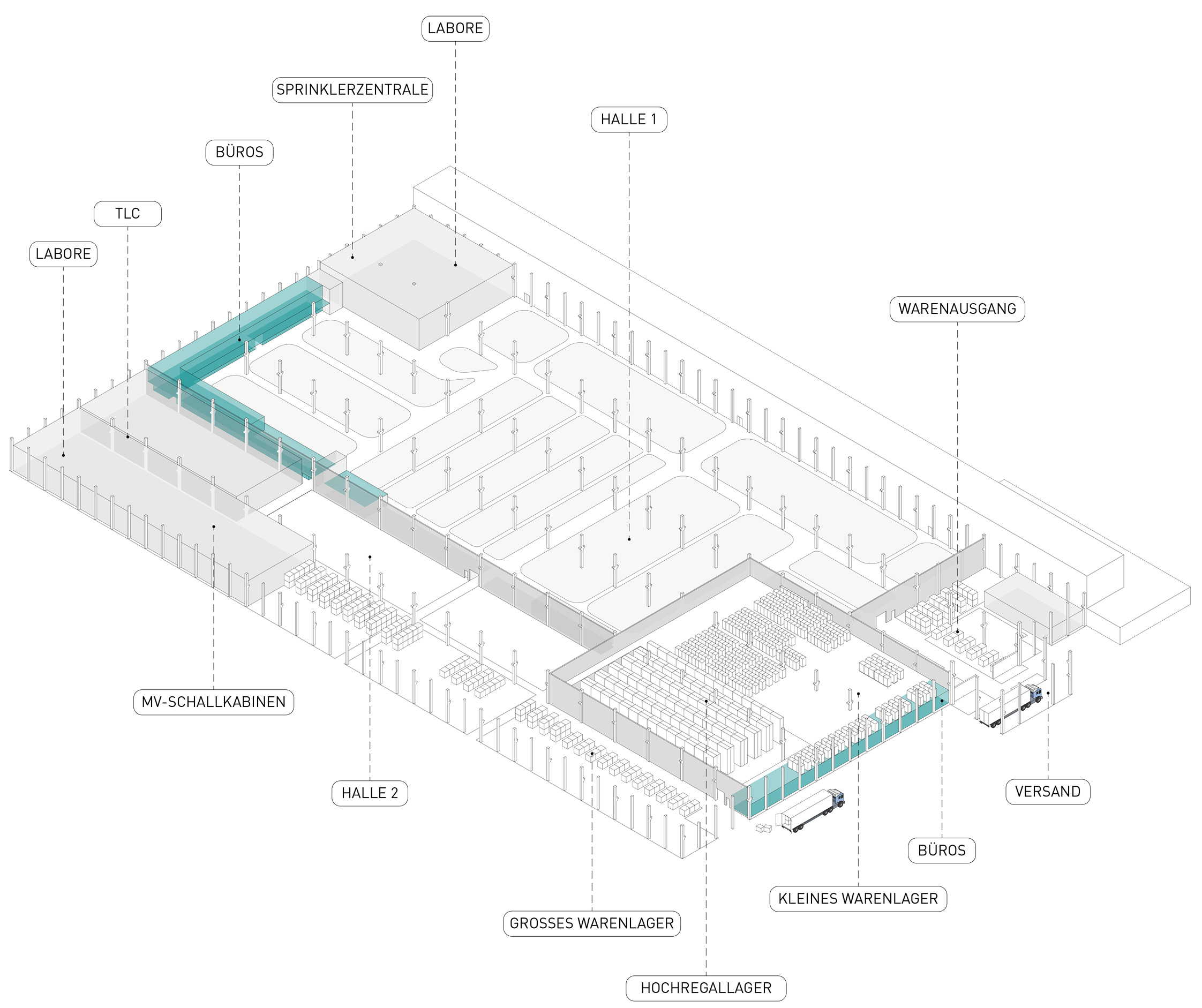 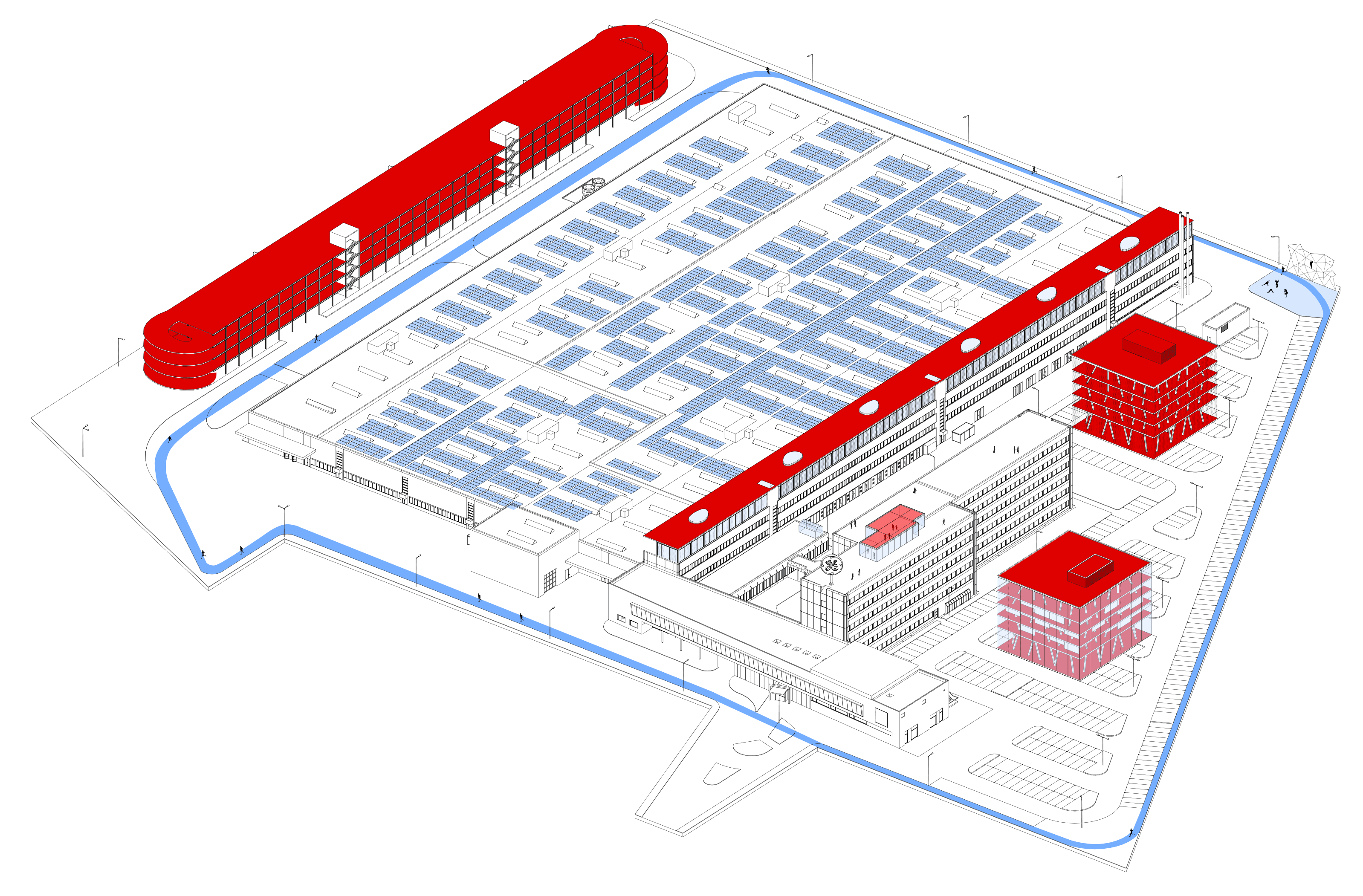 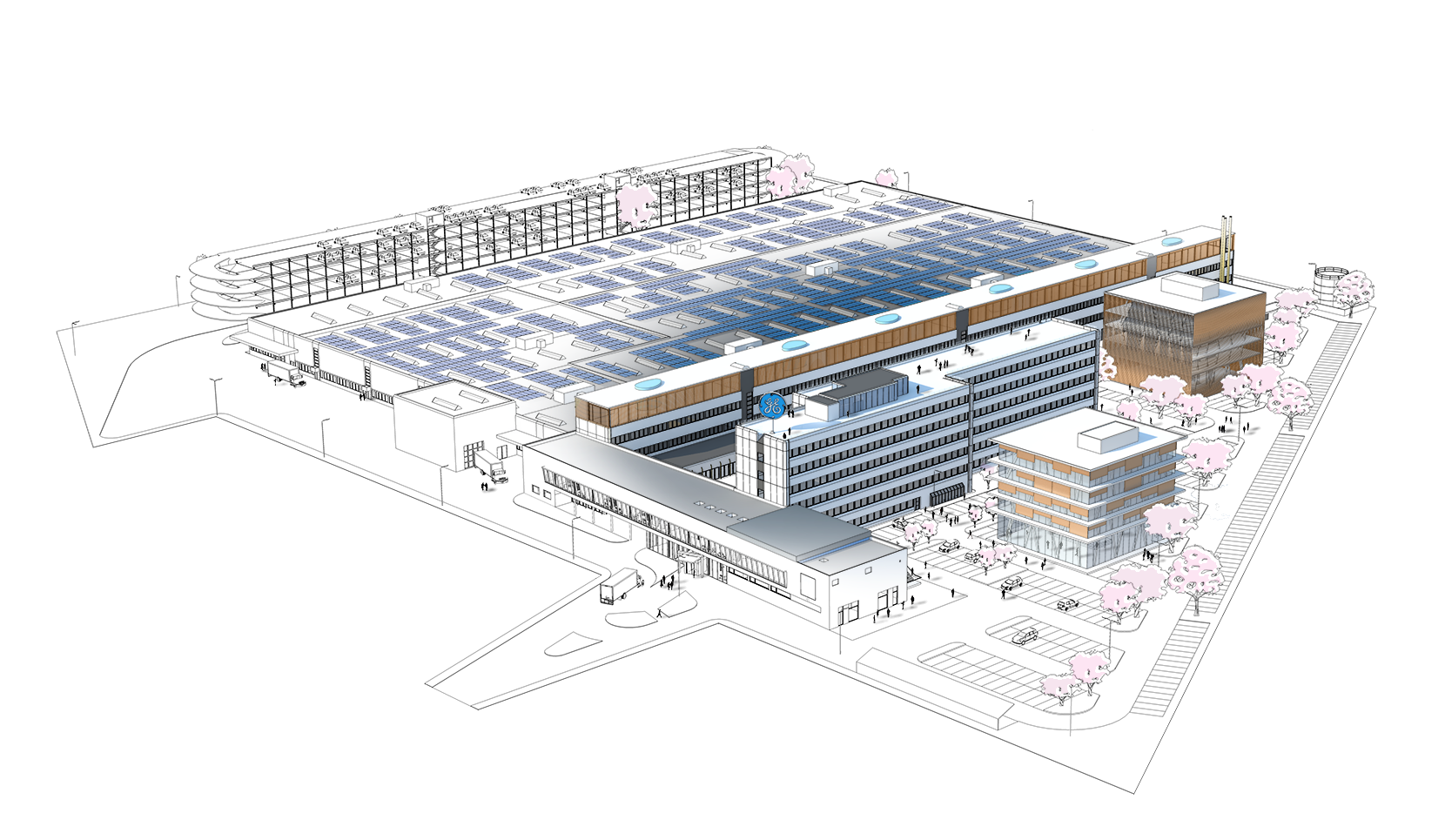 The development concept for General Electrics site in Berlin-Marienfelde comprises an extensive re-organisation of the existing production, research and development facilities and offices as well as a future extension providing for the construction of several new buildings. In addition a number of smaller building conversions and extensions were implemented.