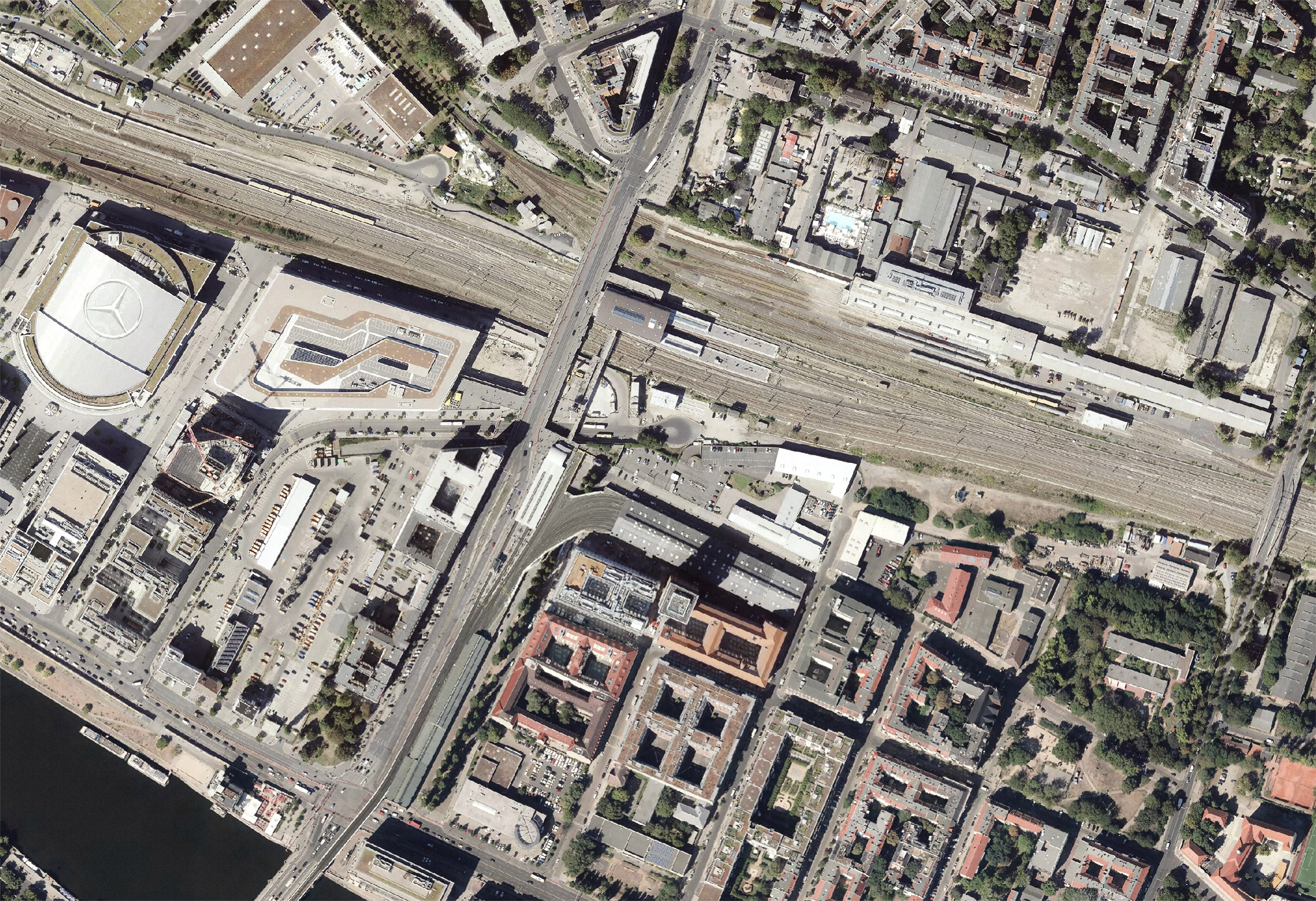 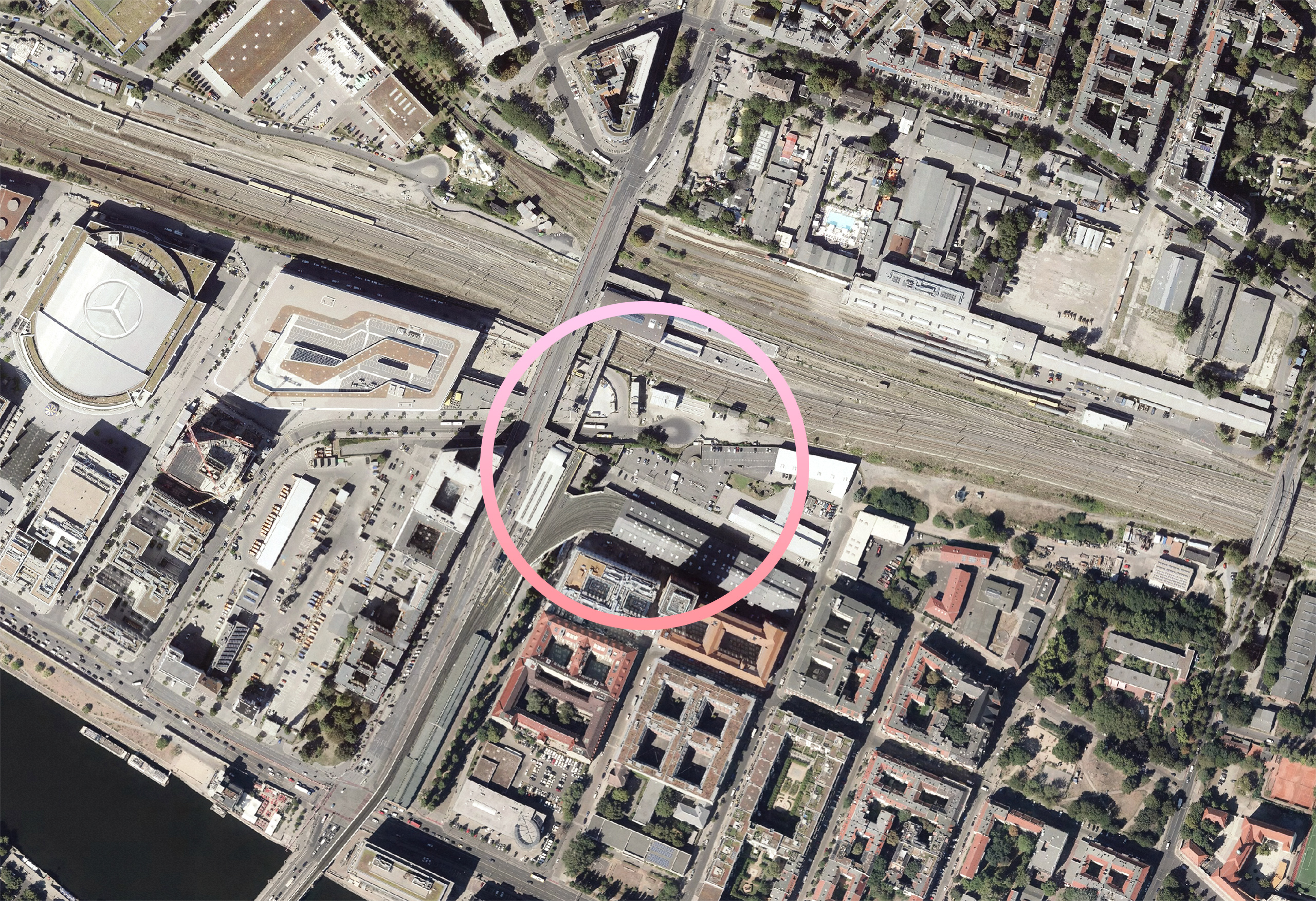 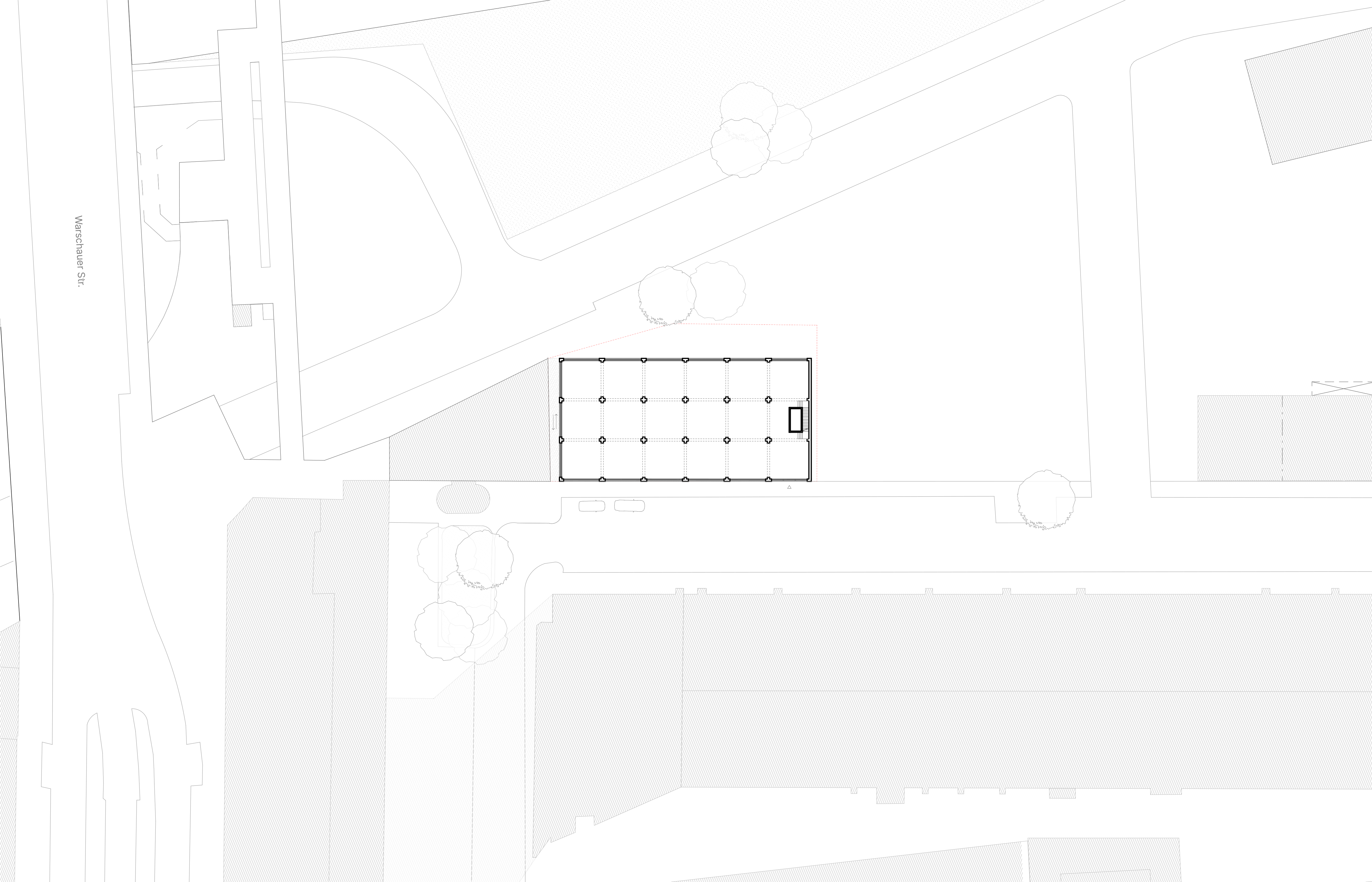 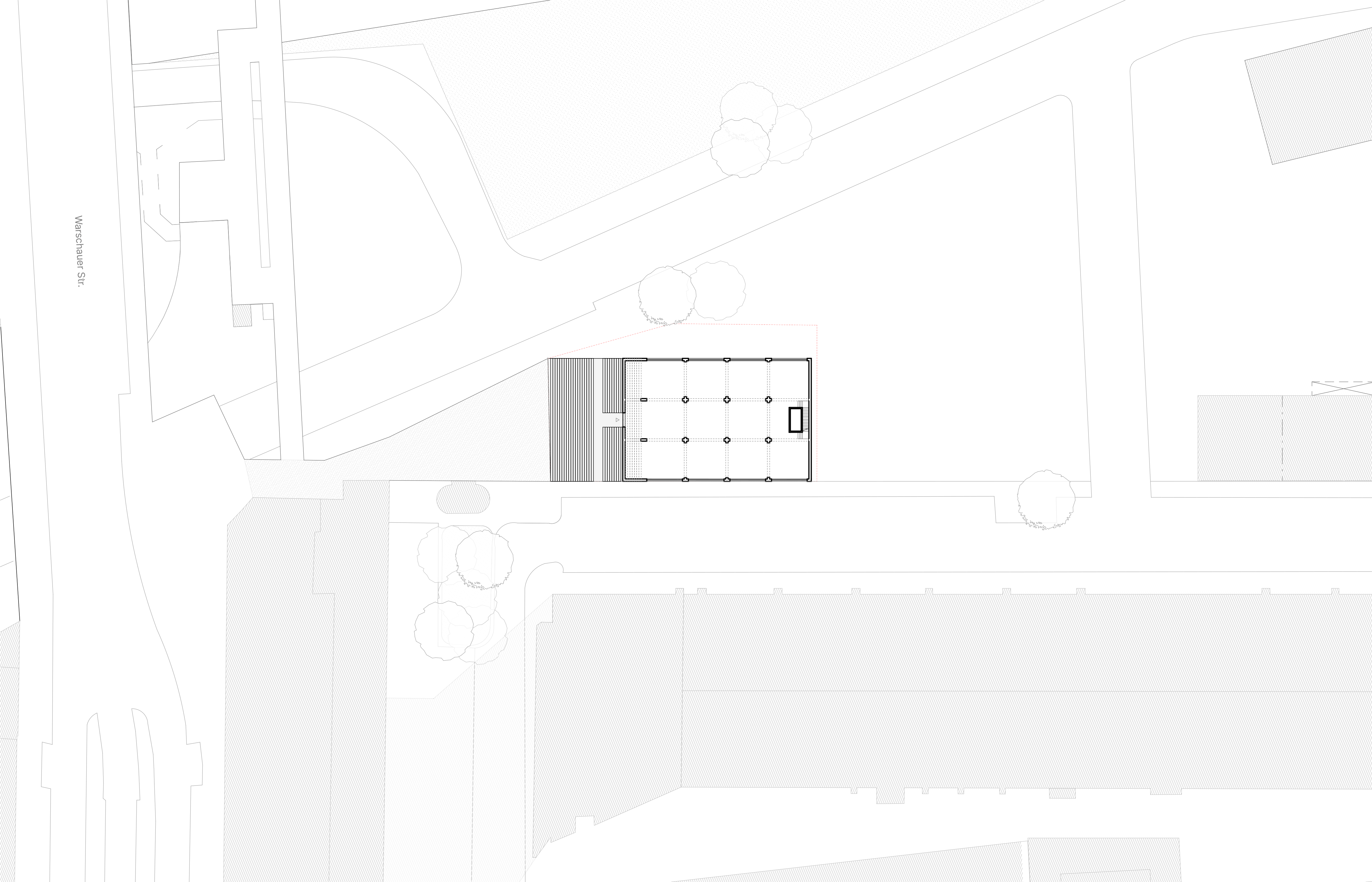 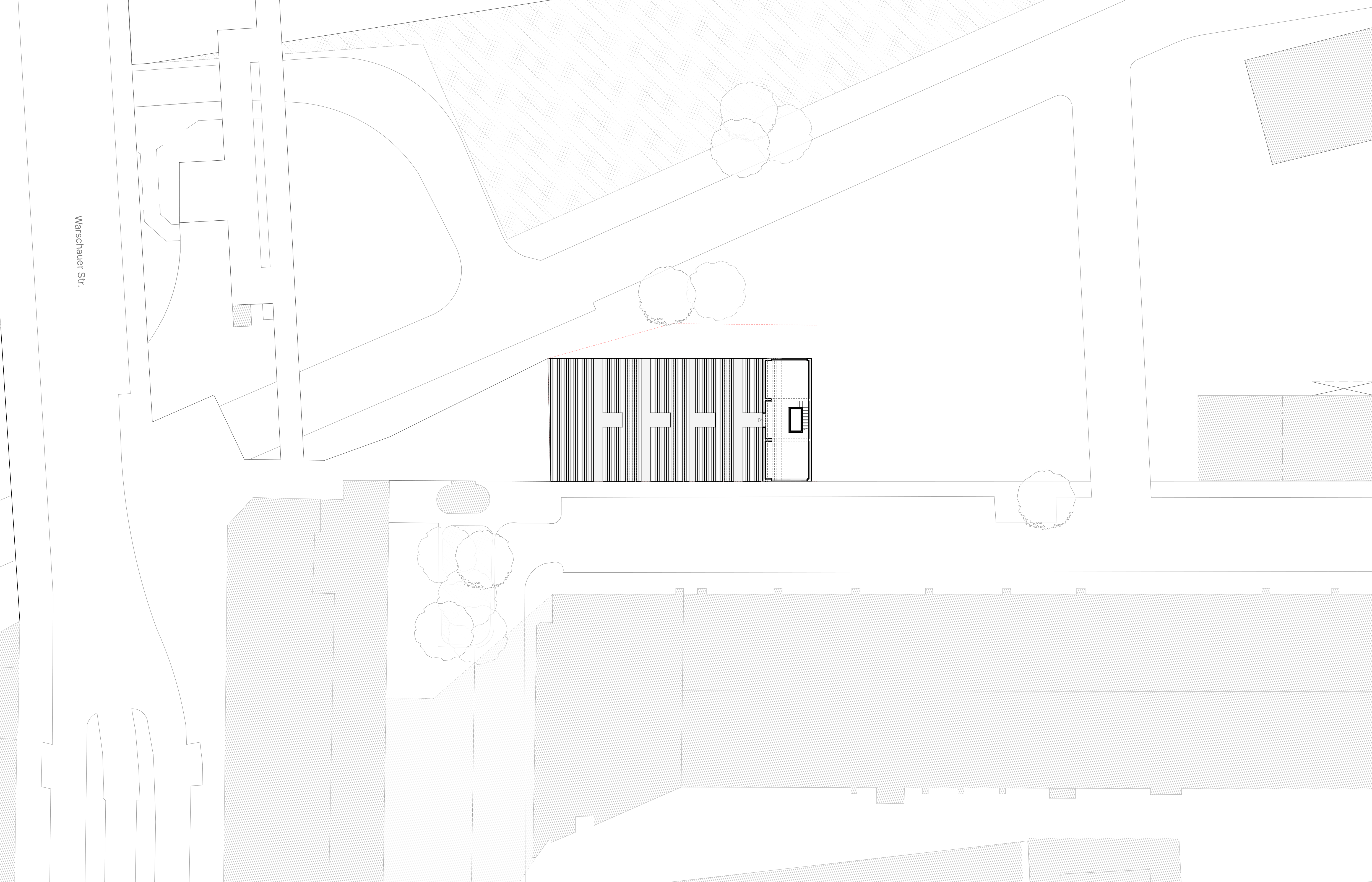 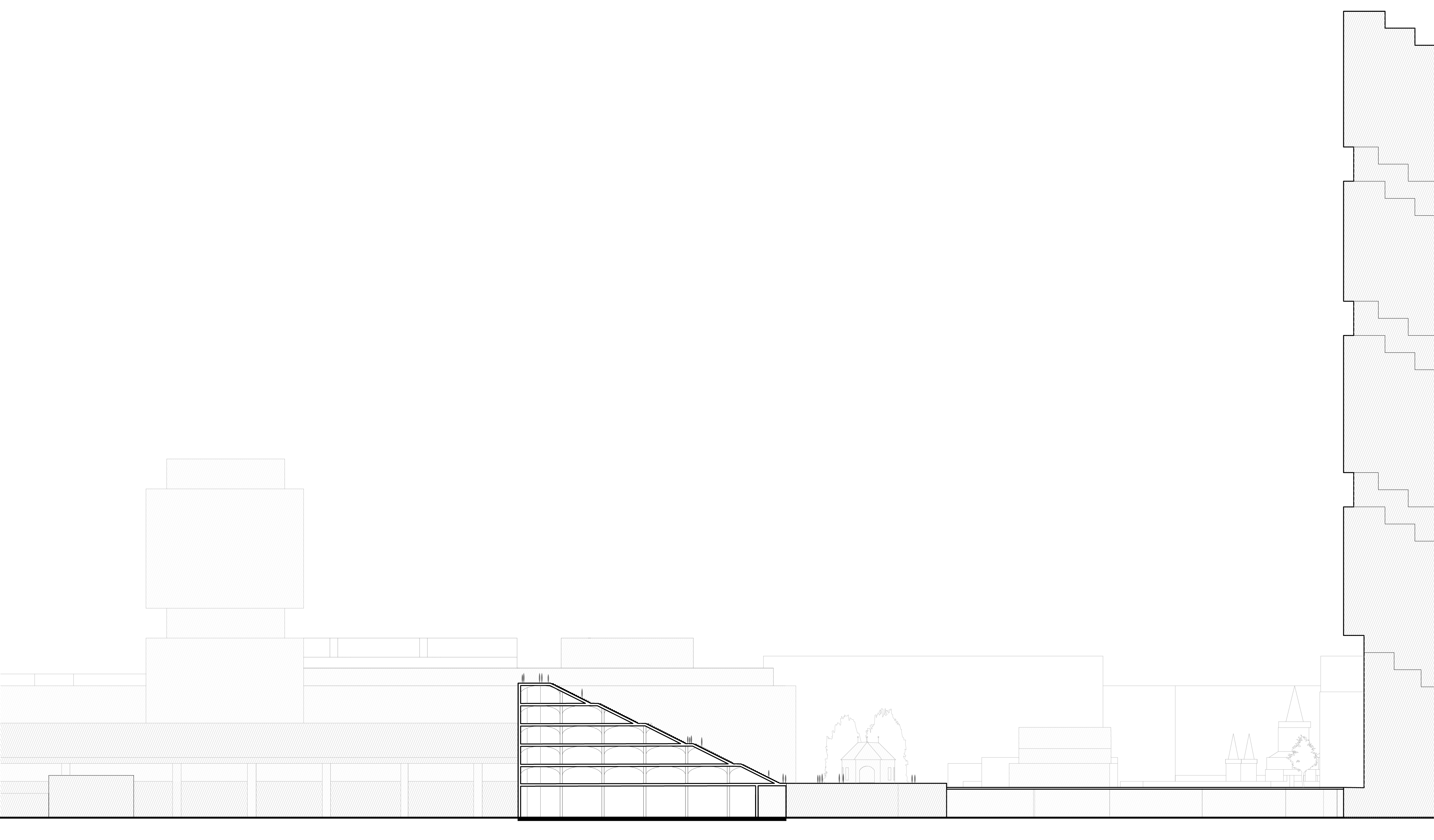 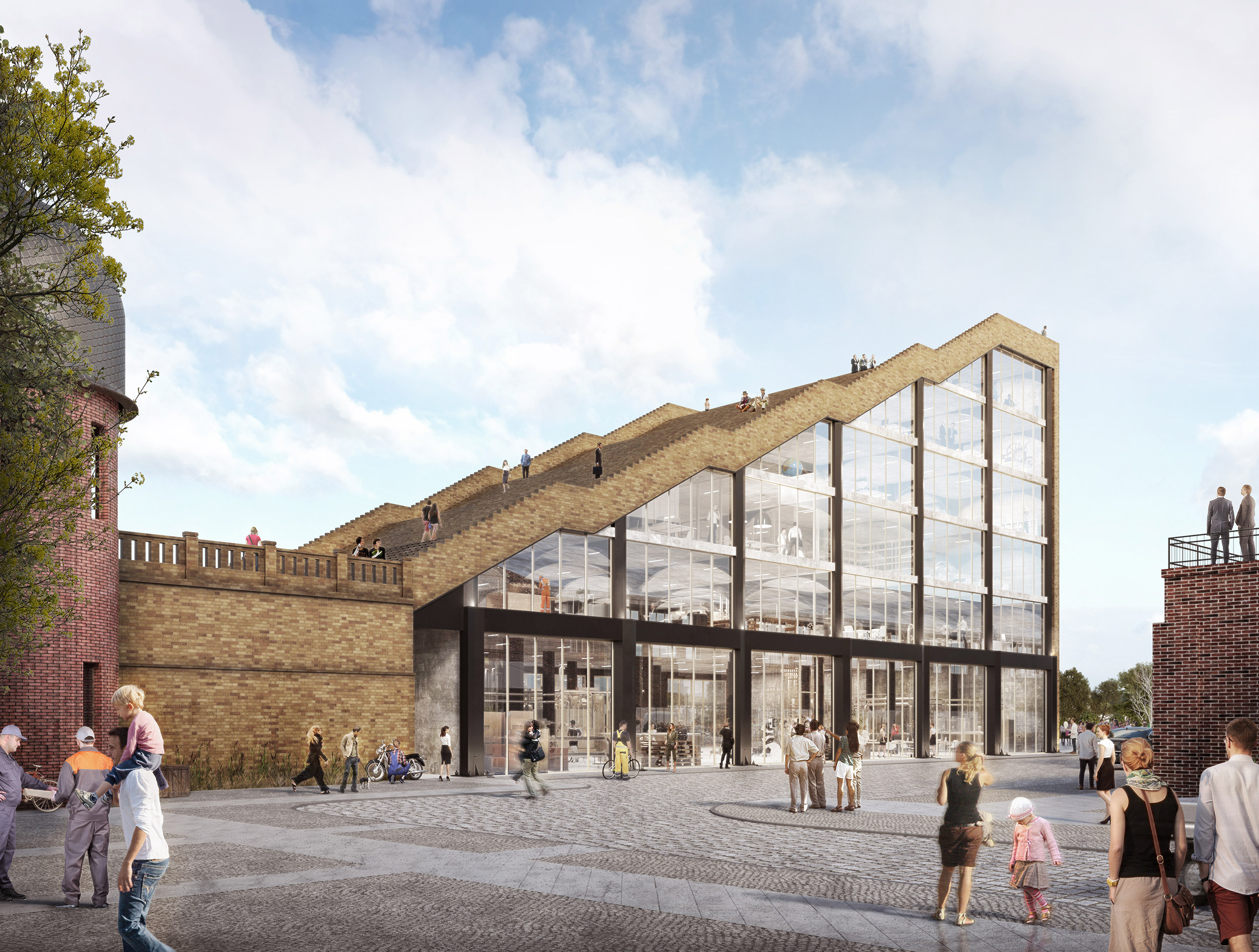 On a small piece of land directly at the terminus of underground line 1 at Warschauer Brücke, a building had to be designed that would adapt to the building heights in the immediate vicinity. Although at the time of design the closest reference structure was the relatively low maintenance station building, in the near future it would be dominated by the enormous Amazon Tower, whose facade is characterized by a surrounding staircase motif resembling a ladder to heaven.
In all modesty, we contrast the colossus with a building in the form of a simple staircase that everyone can use. From the bridge, which is crowded day and night, you can climb the large staircase that forms the roof of the building, sit down in the evening sun or let your gaze wander almost endlessly to the eastern periphery of Berlin..