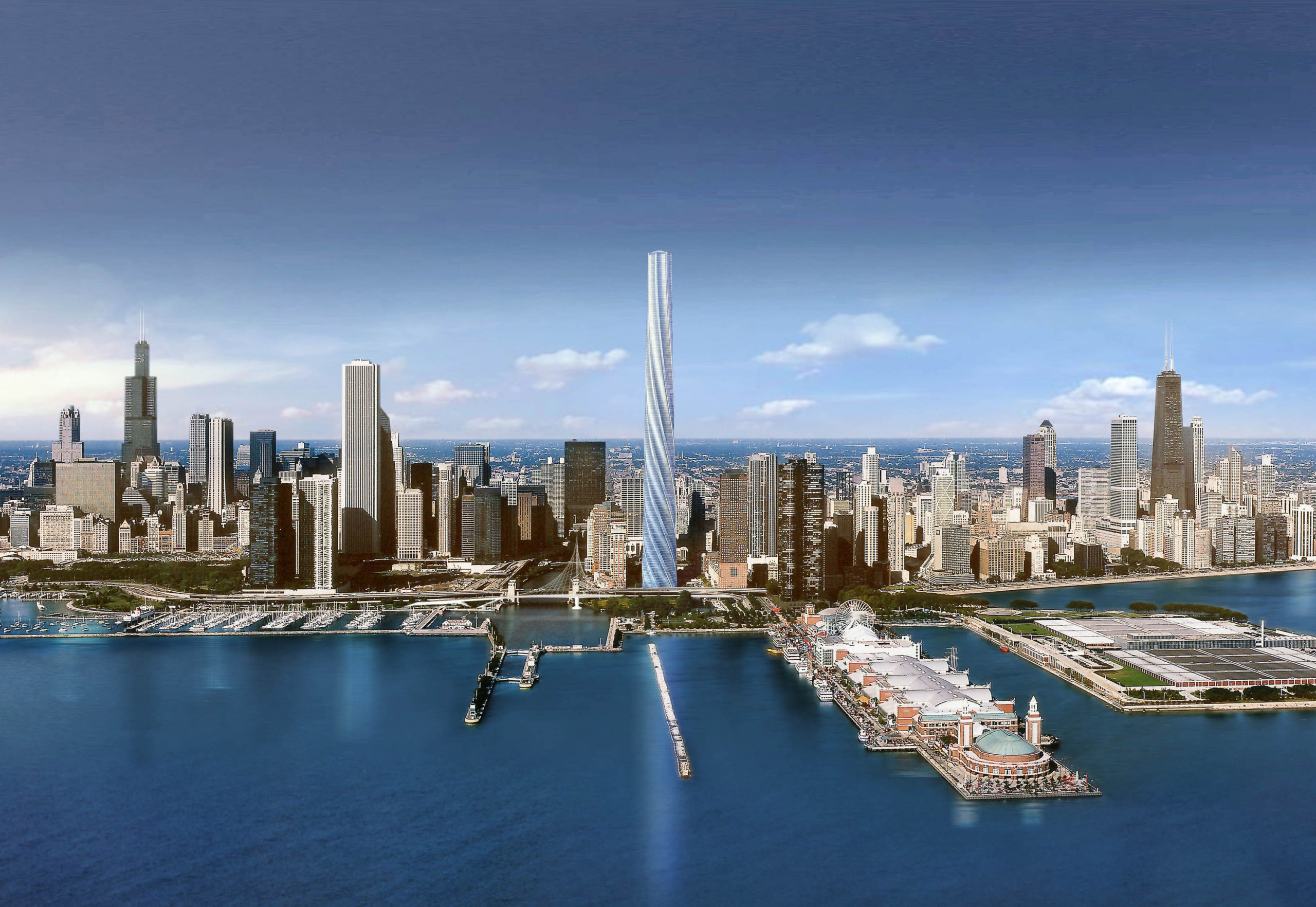 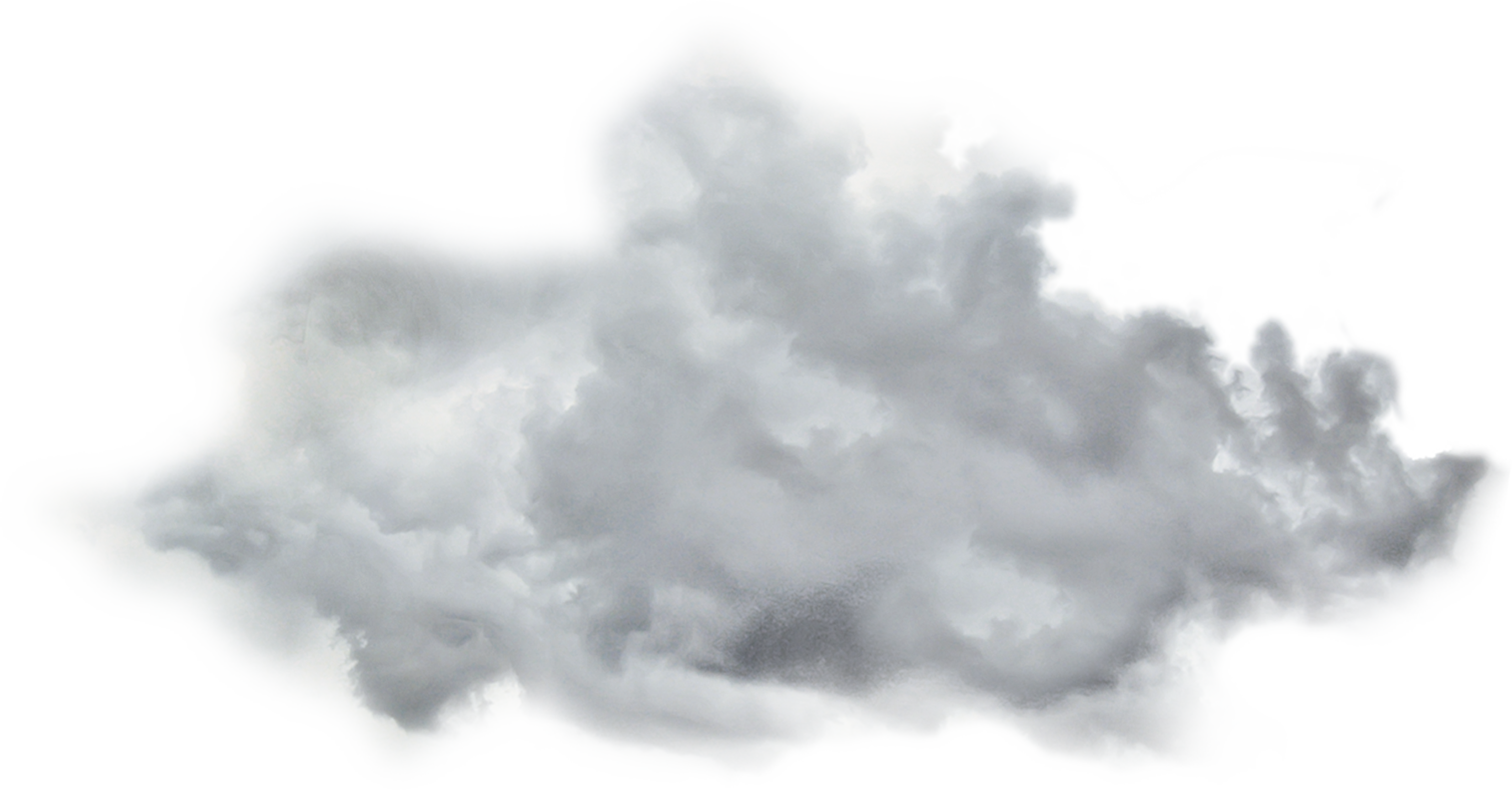 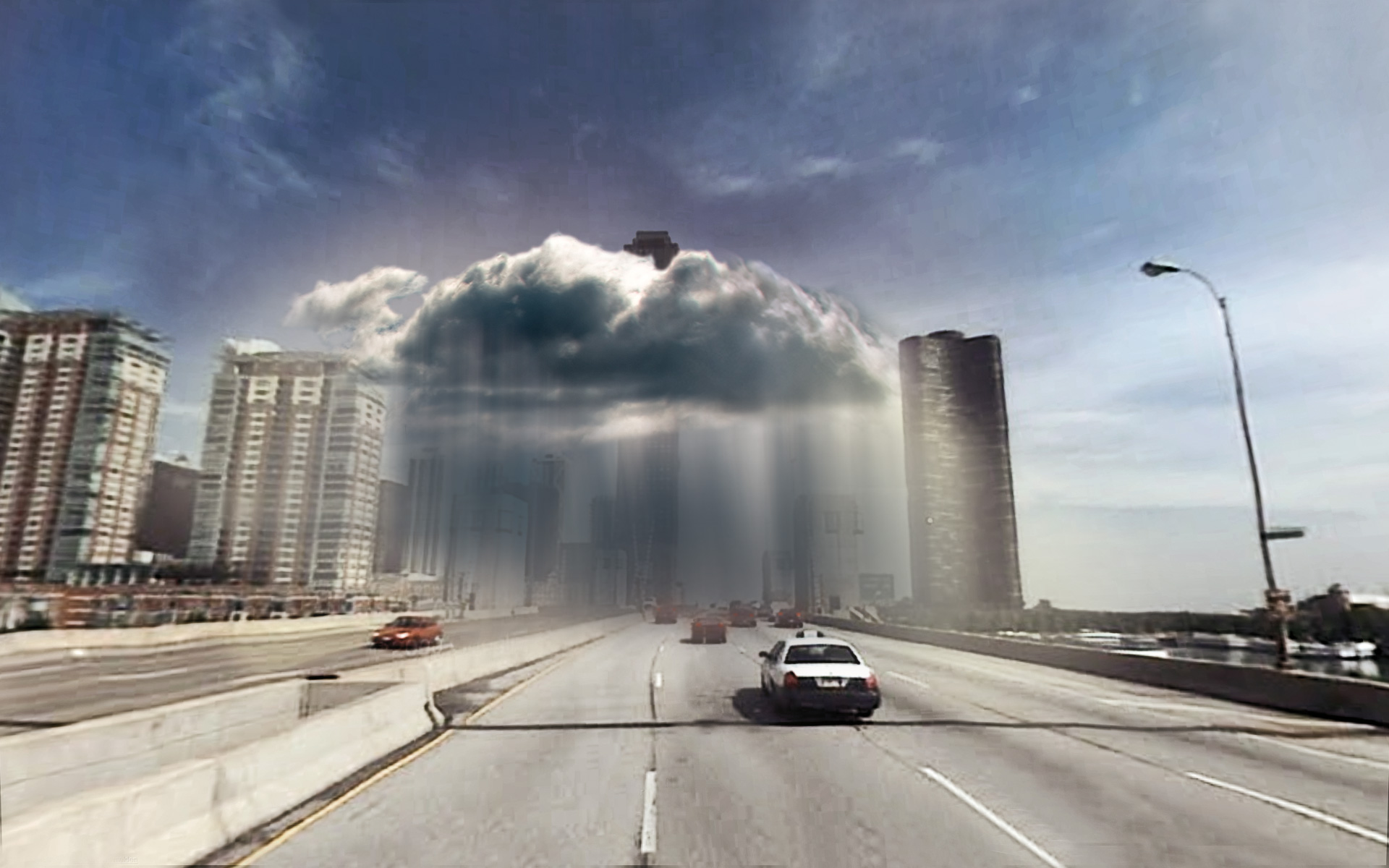 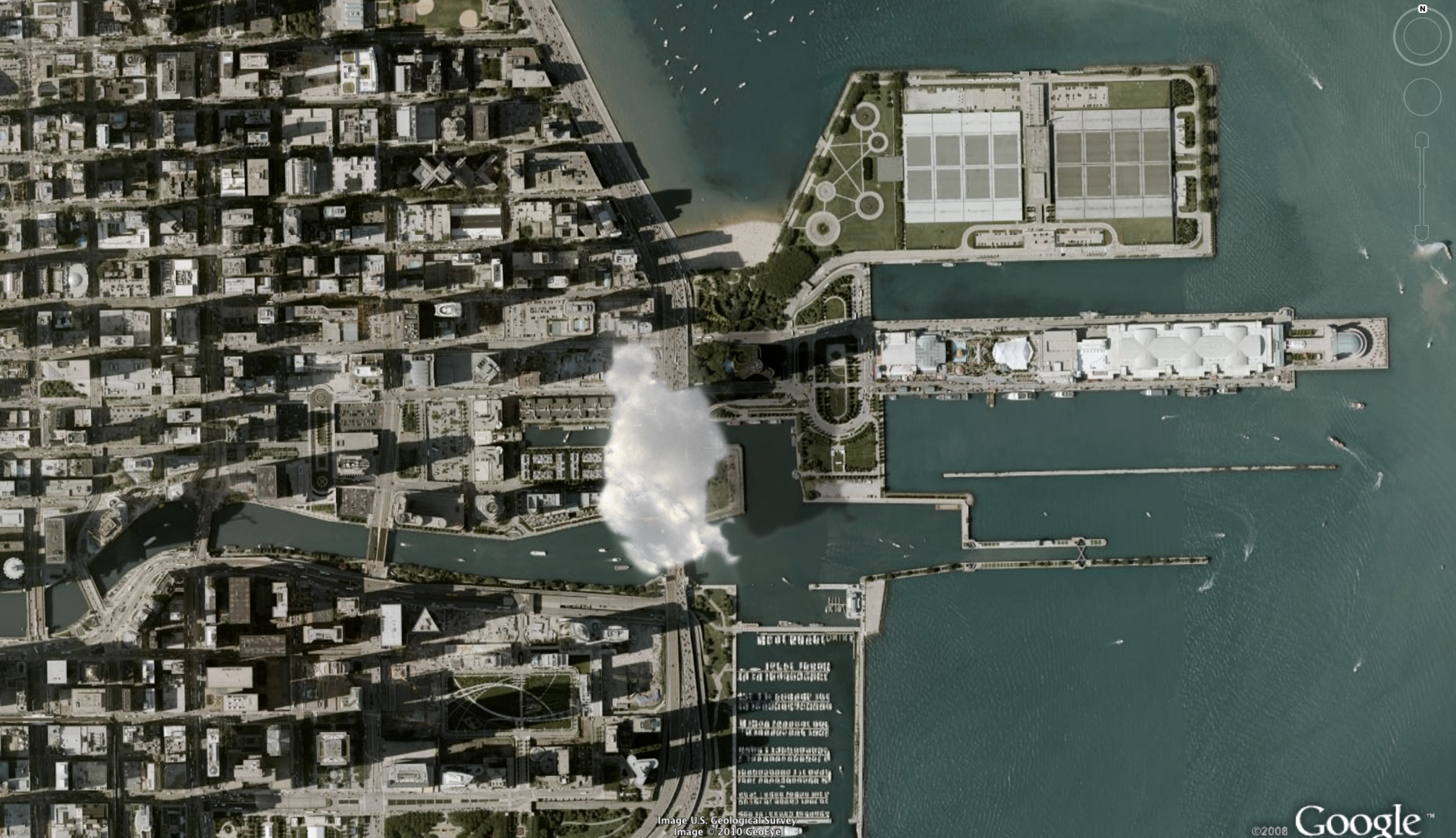 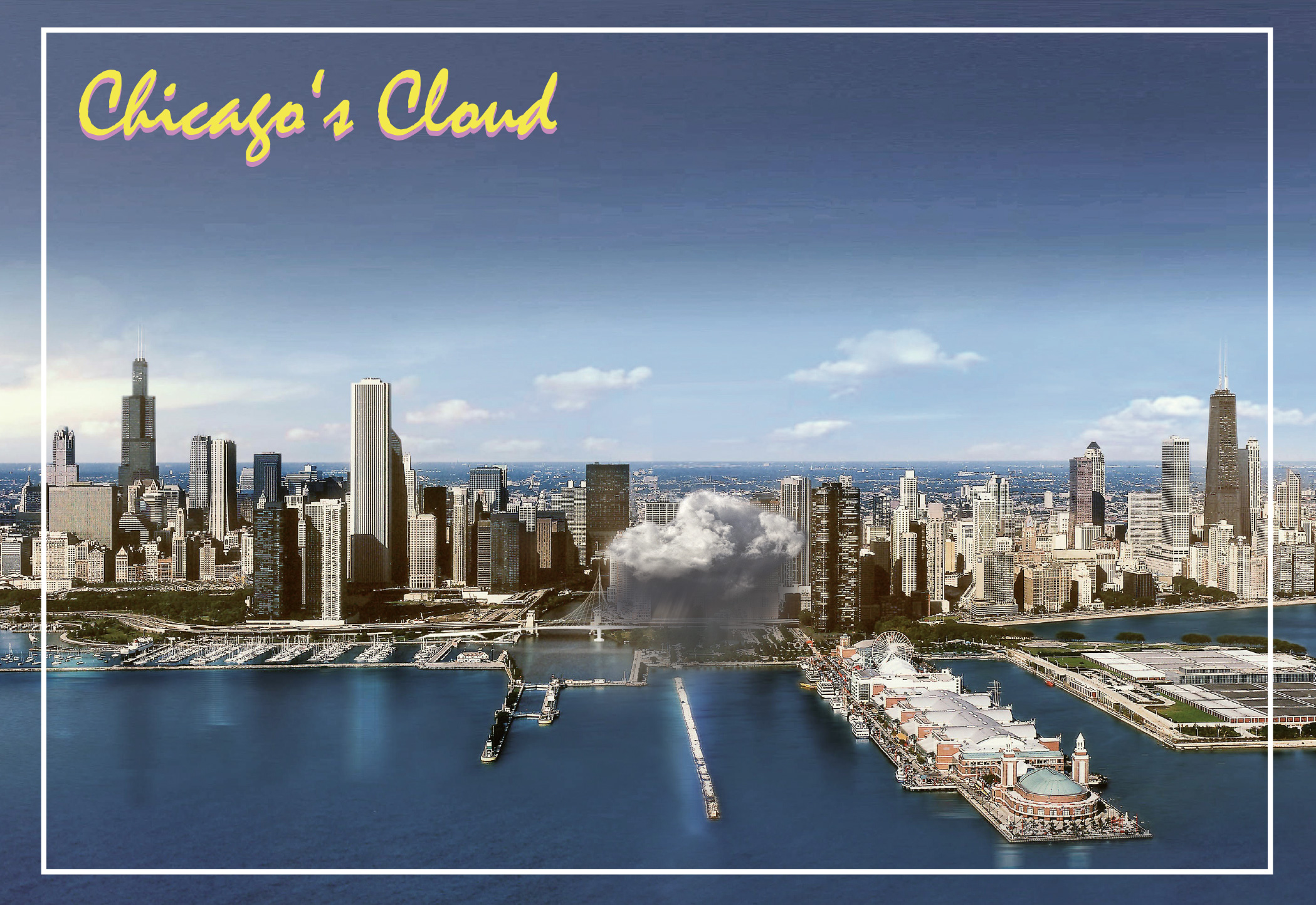 Until 2008 Santiago Calatrava’s ‘Chicago Spire‘- skyscraper, was set to become America’s tallest building and the dominating structure of Chicago’s cityscape.  Shortly after its construction began the dominant yet little original structure fell victim to the credit crunch. Subsequently, the Chicago Architectural Club invited architects to propose a sustainable substitute for the site.

Times of hubris are followed by times of humility. Each period finds its own expression. 125 years ago Chicago invented the skyscraper. Today Asian cities have outdone their American role models. Time to come up with something new; something that expresses the zeitgeist: sensual, democratic, a happening.

We propose a patch of bad weather as Chicago’s new icon. For the time being the Chicago Cloud scrapes the ground replacing the Chicago Spire as the city’s symbol. While a tower is an inescapable demonstration of power through size, bad weather is a shared and inclusive experience: everyone gets wet under the rain.
While the spire may soon be topped by a taller building somewhere else, no city can claim a permanent patch of bad weather. When the financial dust disappears and Chicago takes clout again, Chicagoers shall decide whether to embrace the dazzling megaspine or to stay with their friendly cloud. Sometimes crisis looks better than boom...