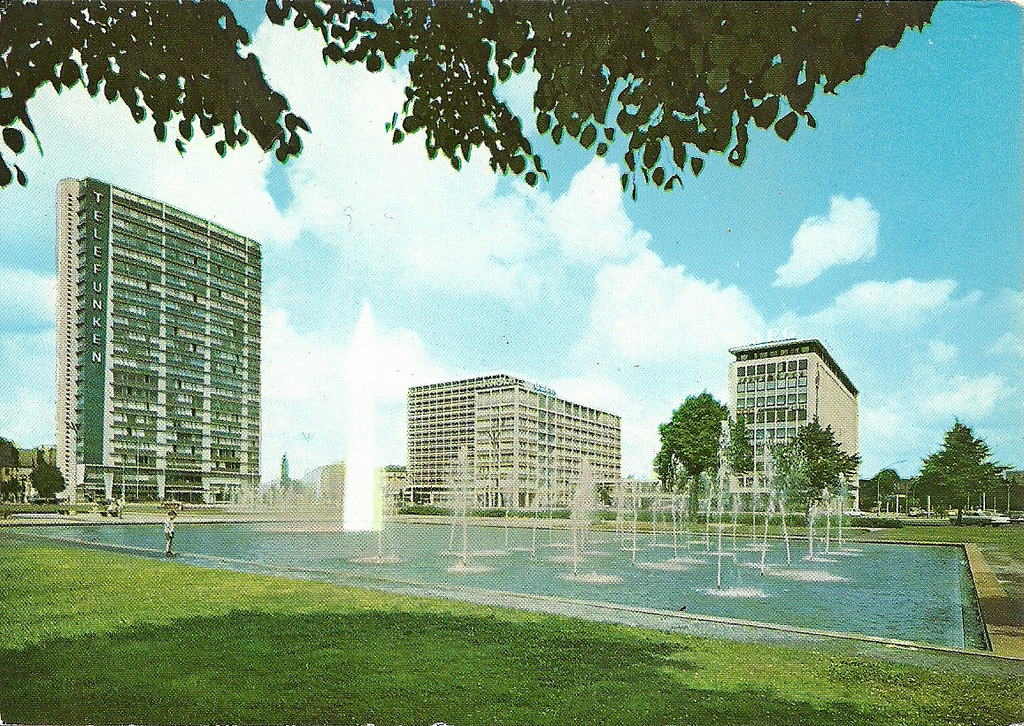 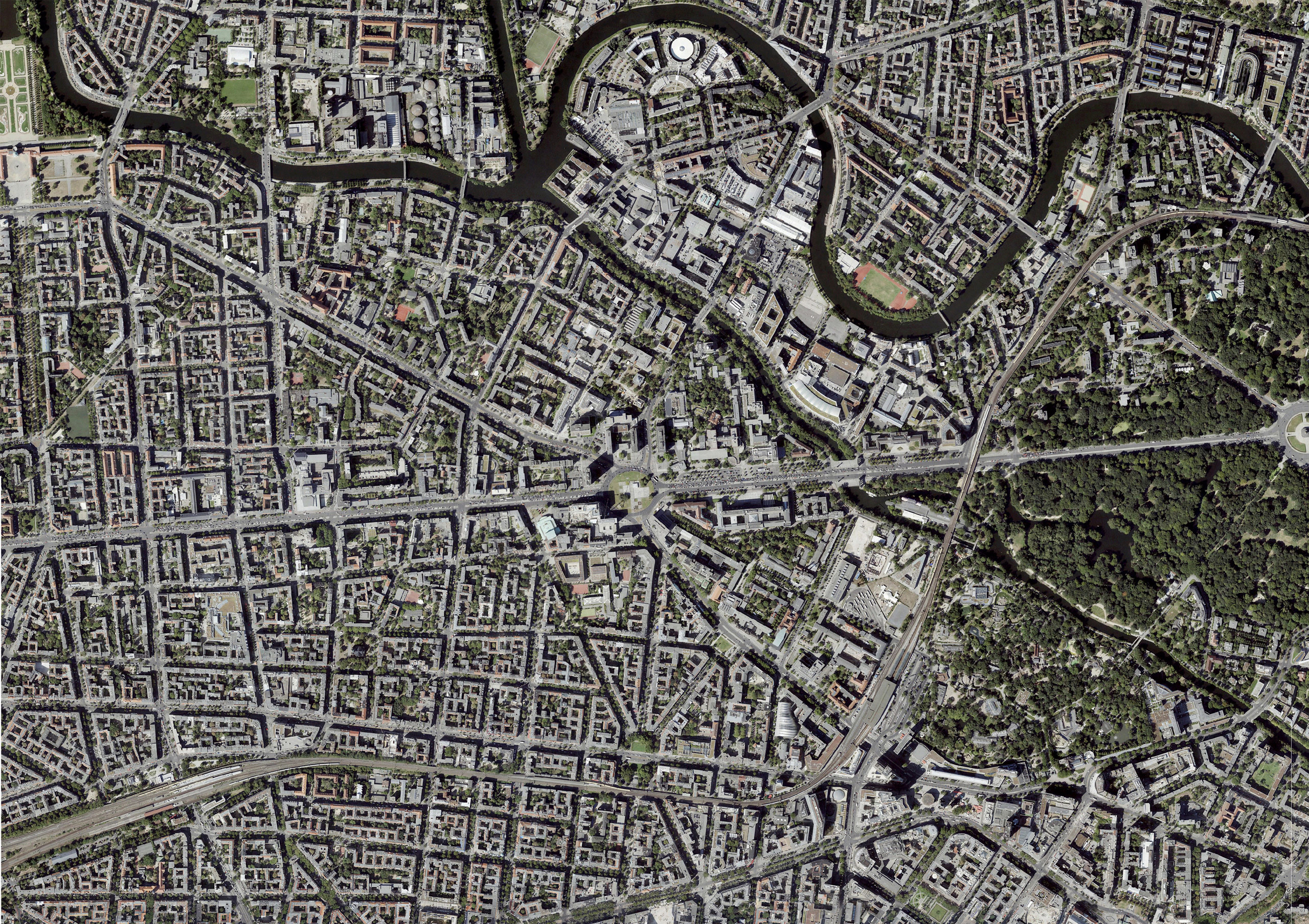 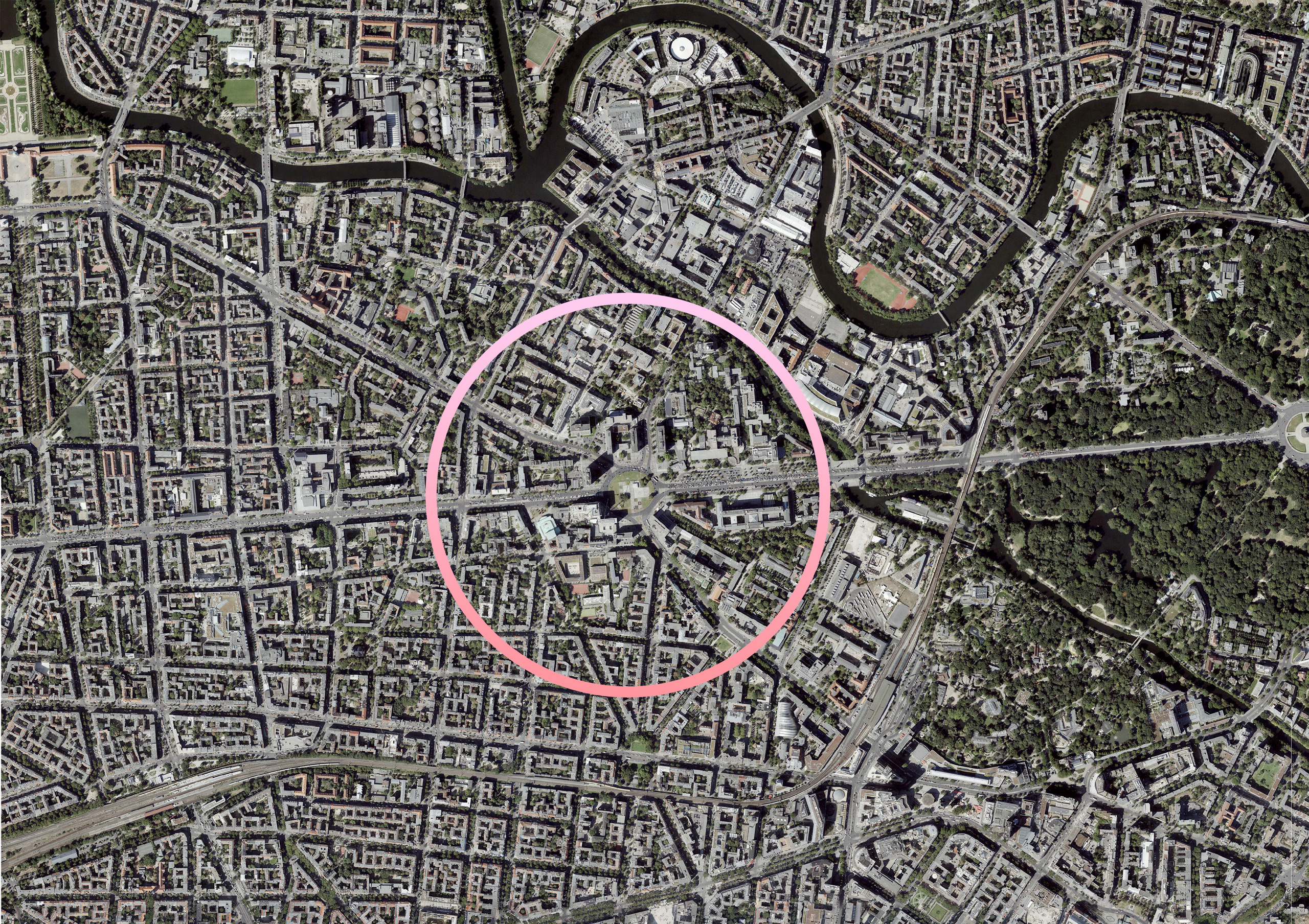 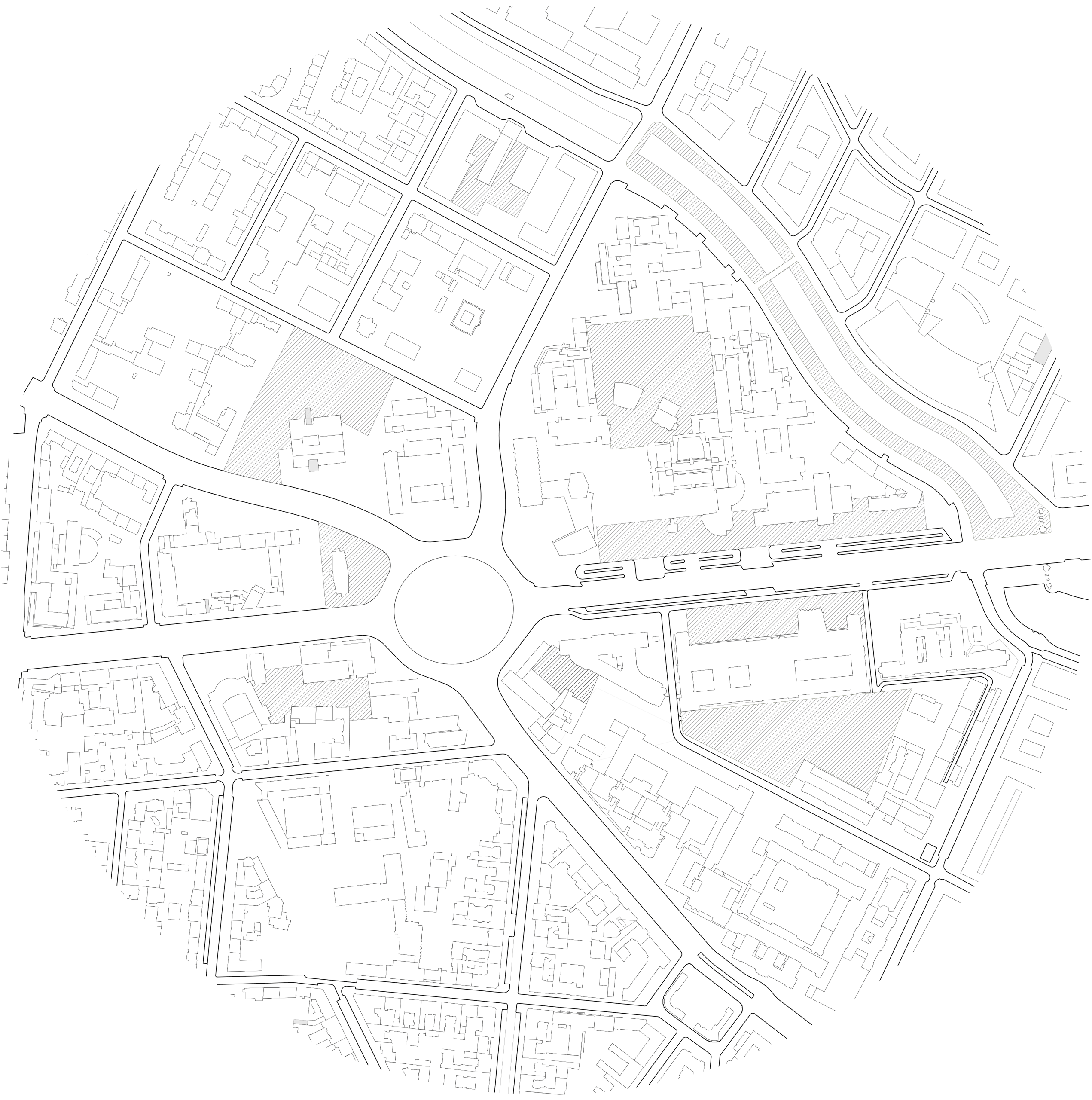 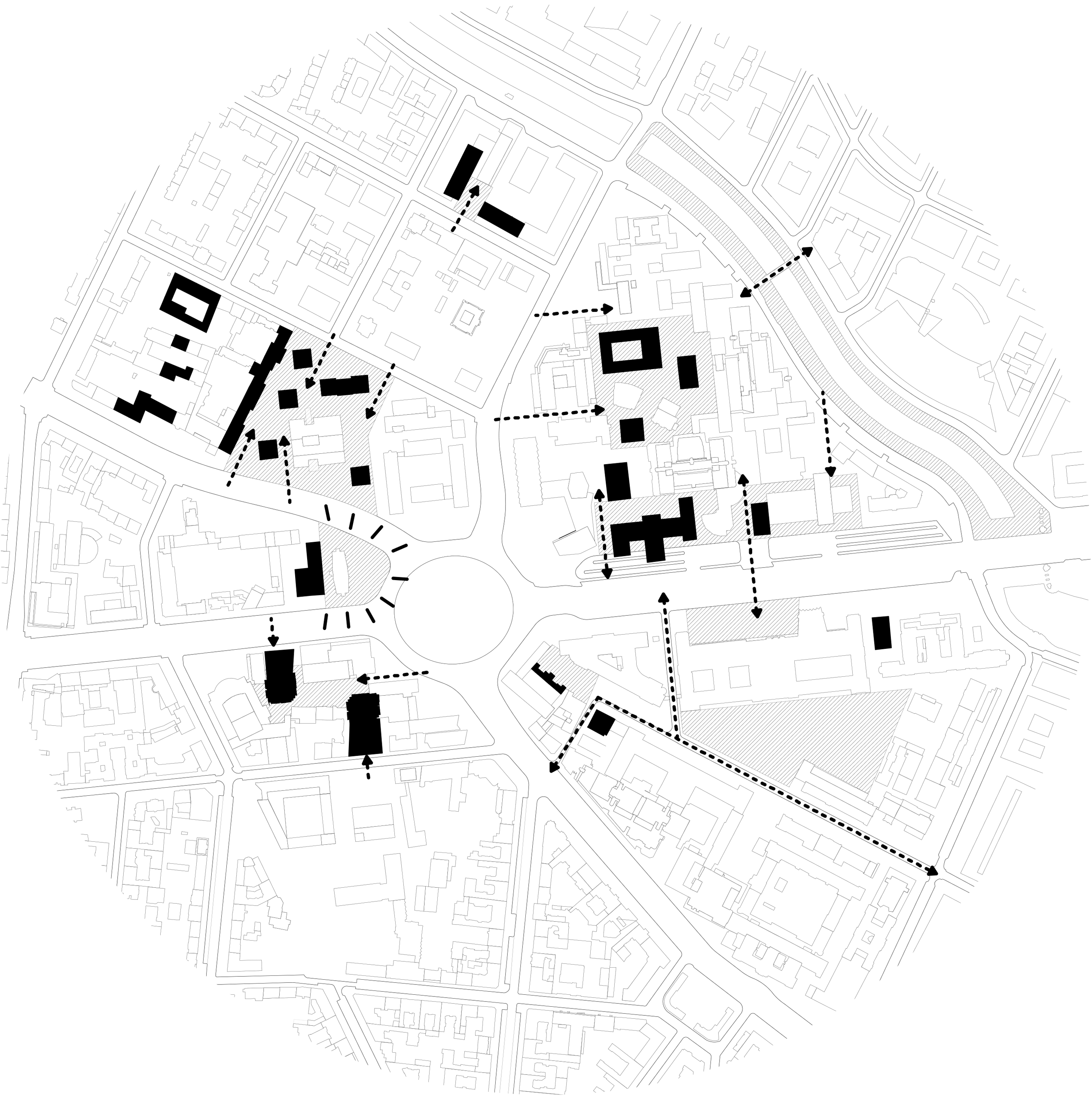 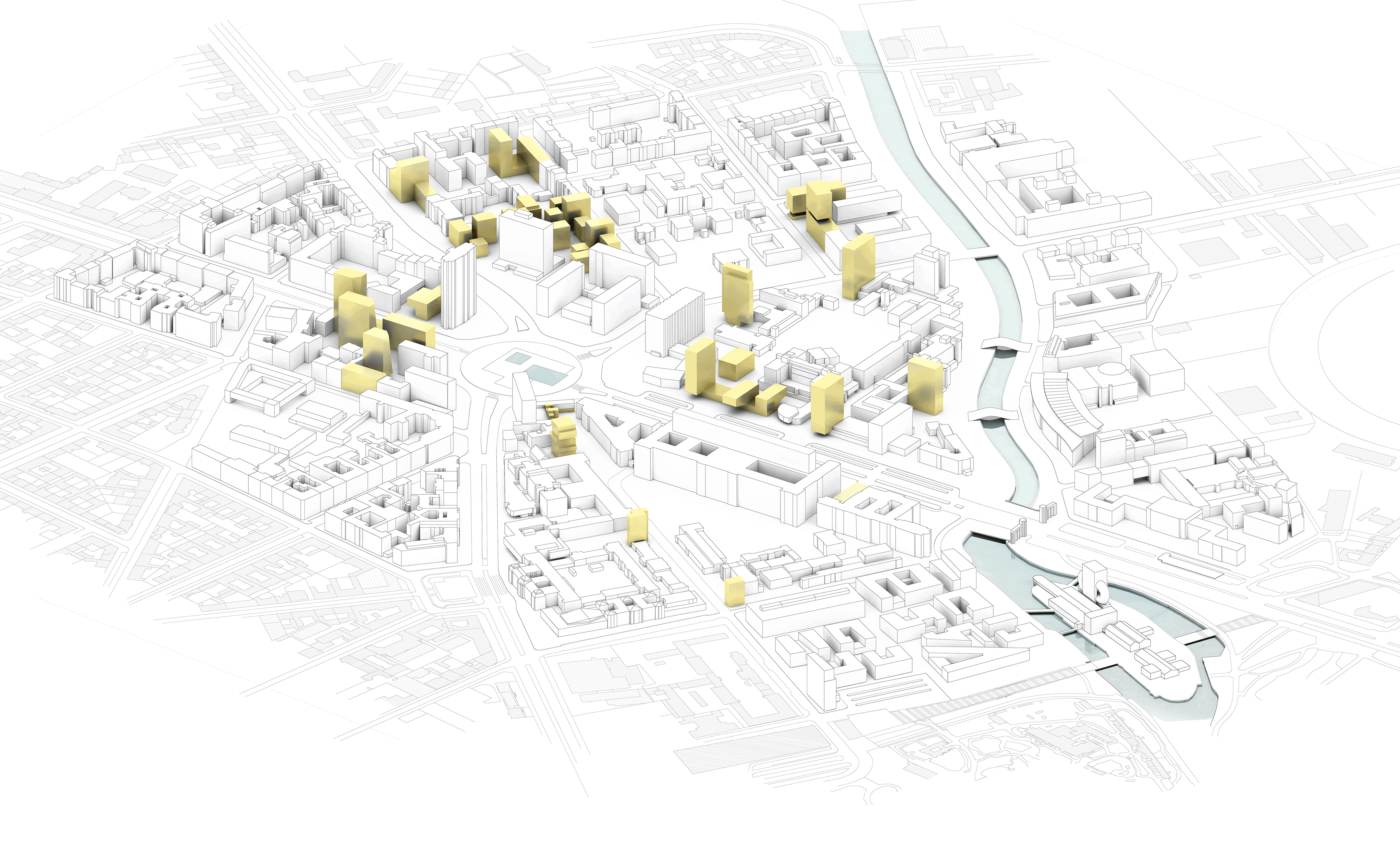 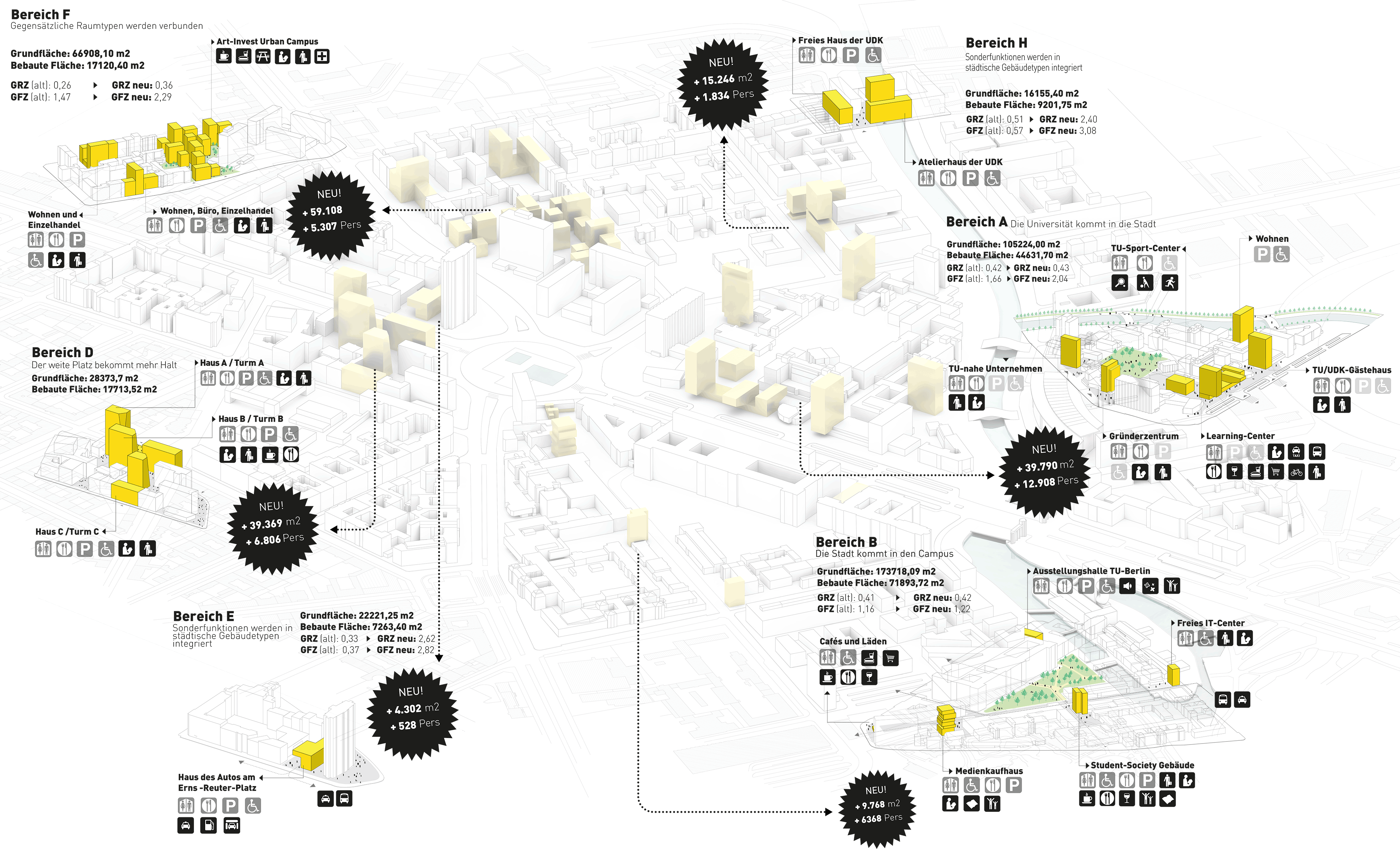 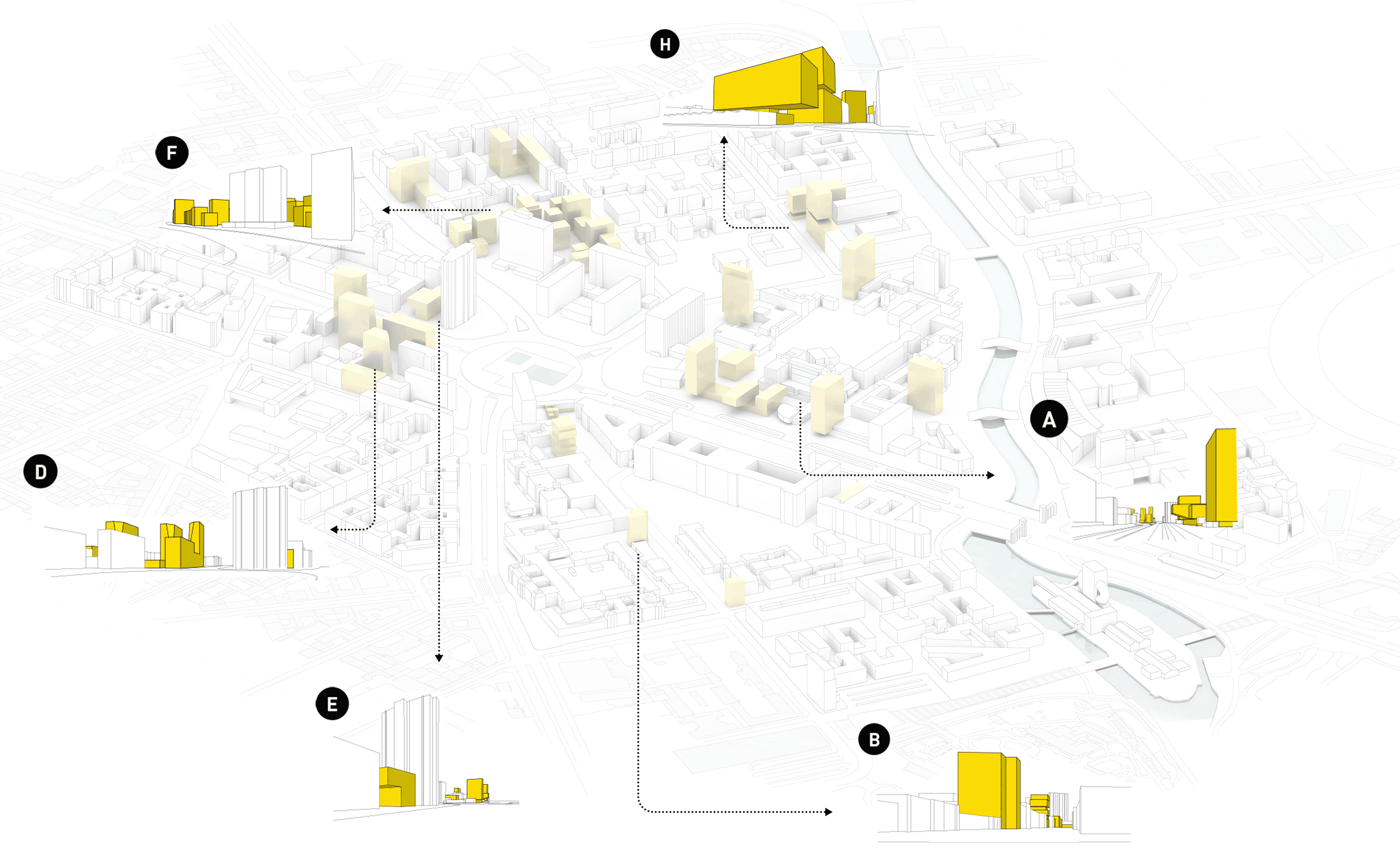 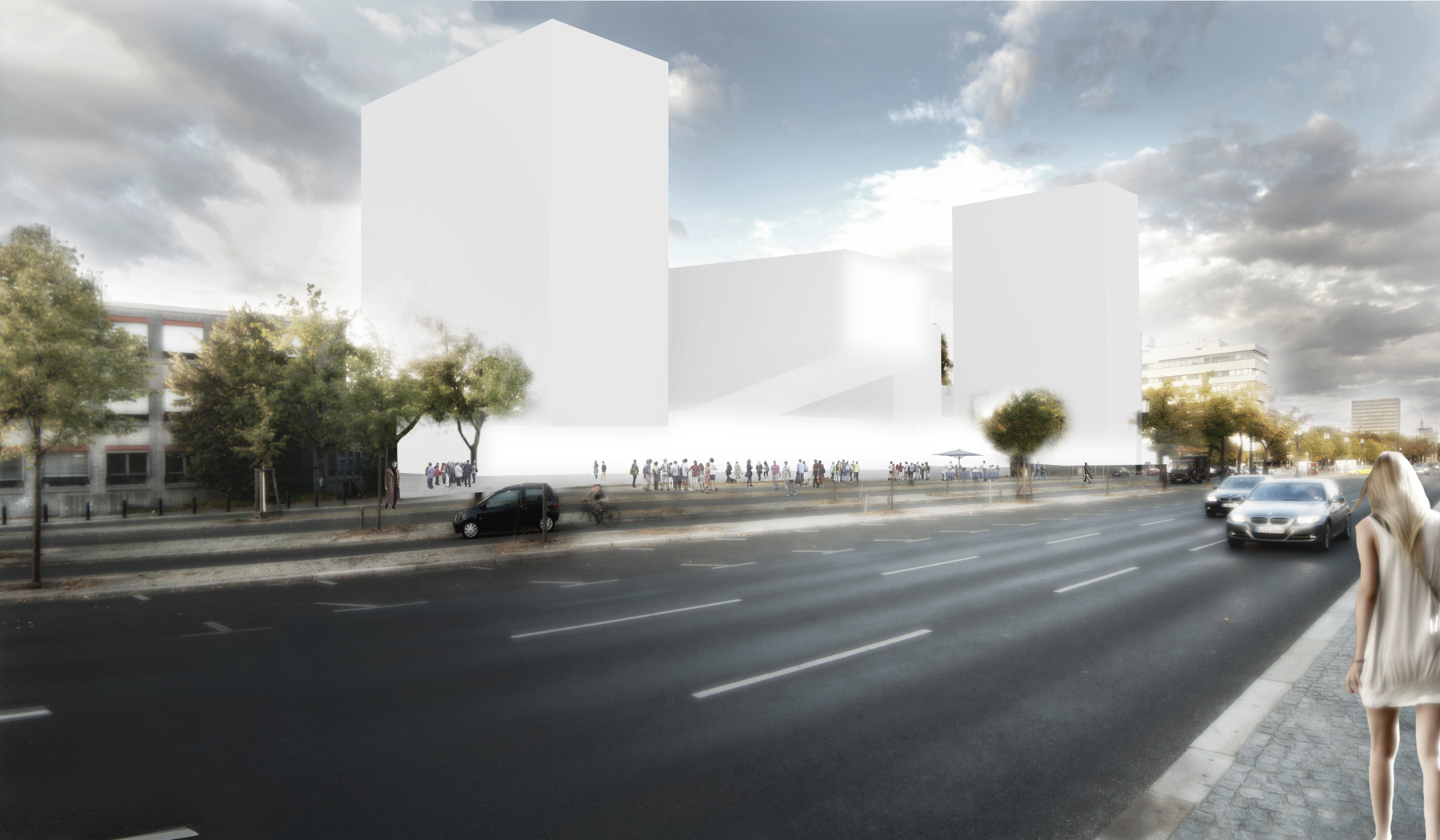 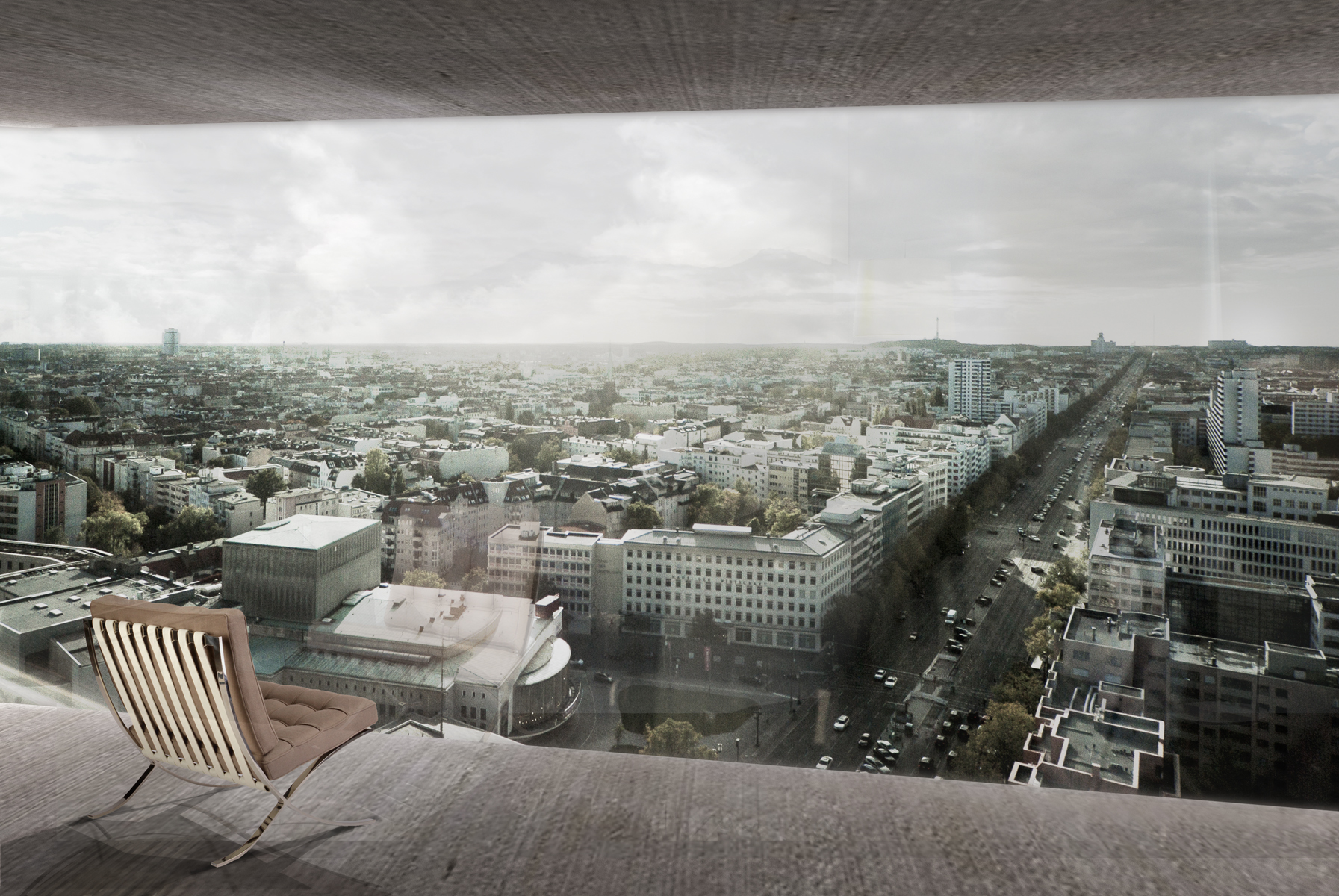 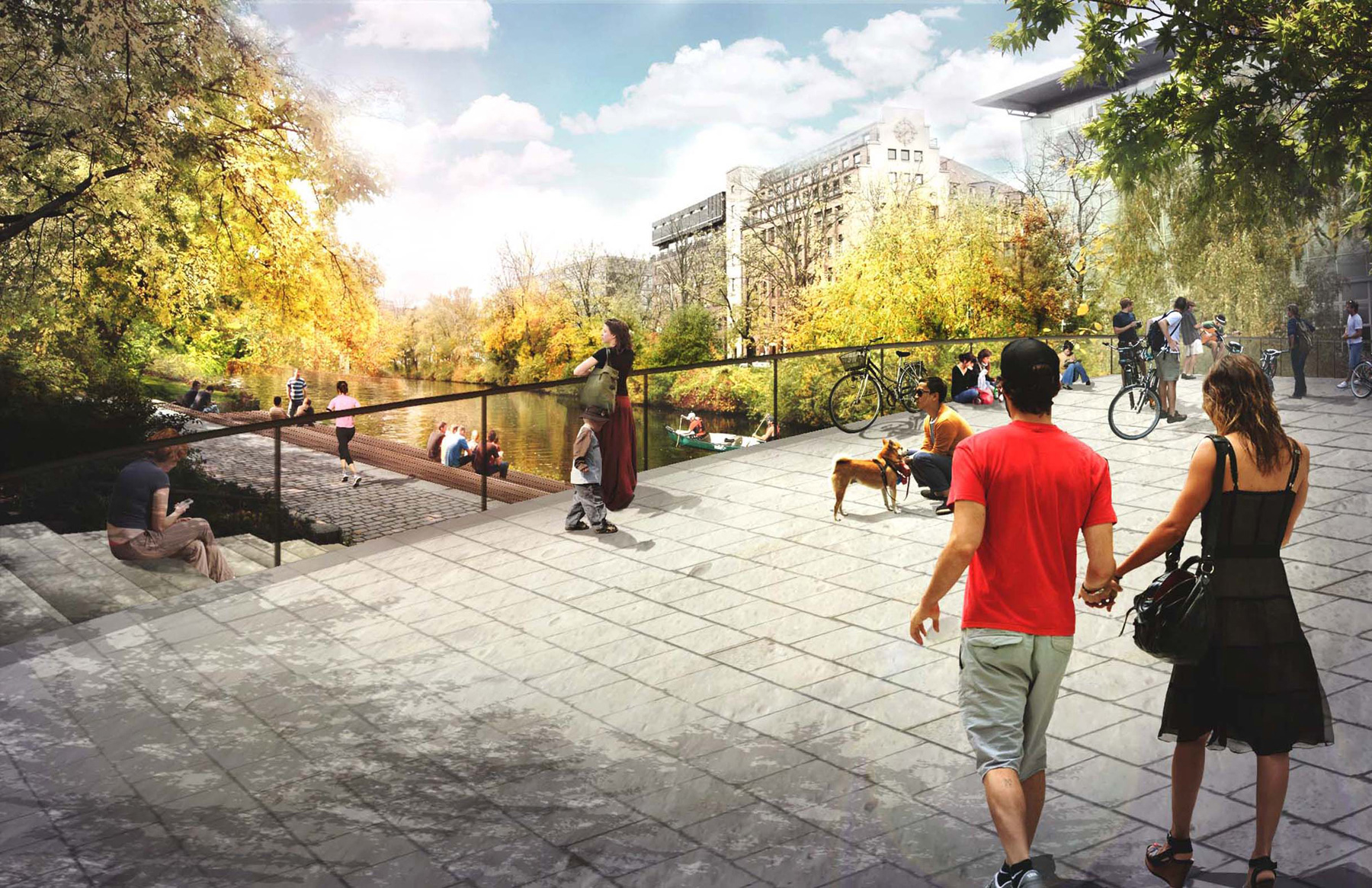 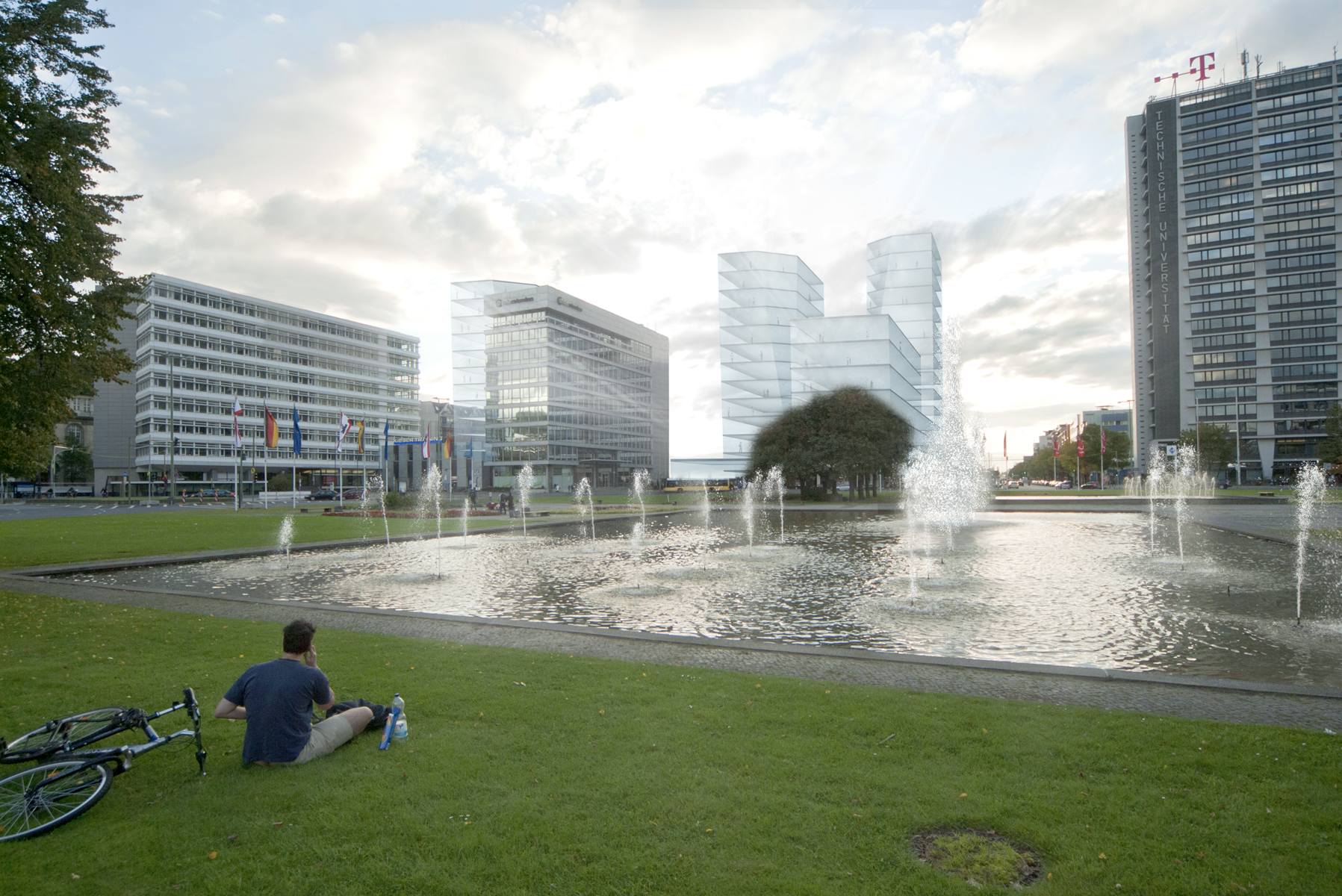 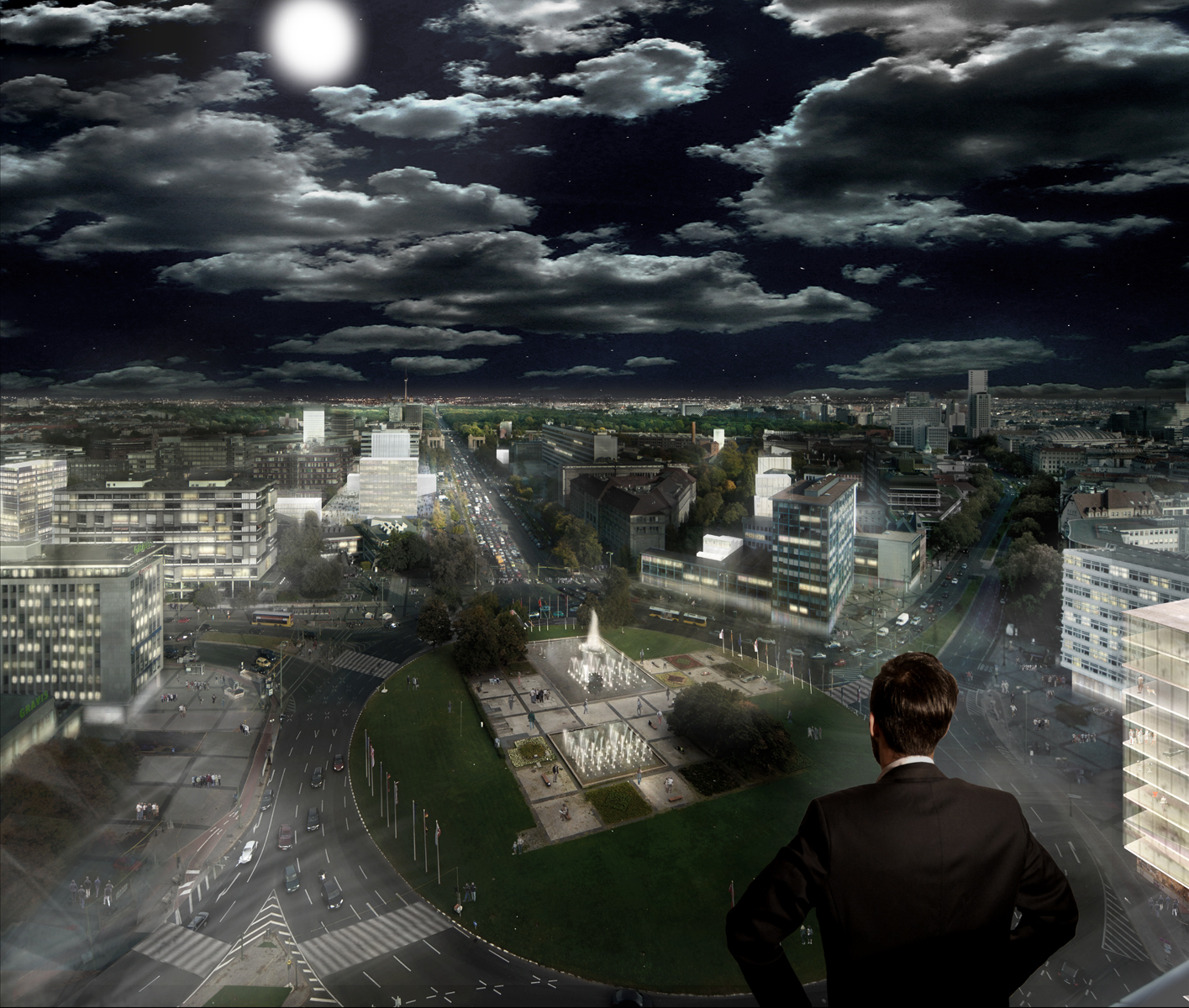 With its enormous diameter and wide street layout Ernst-Reuter-Platz in the Berlin’s Western district of Charlottenburg is a pure example of Western post-war urban planning ideology. While as proof of cultural progress it served as shiny post-card theme in the 1950ies and 60ies its actual reality is depressing. Although it is surrounded by office buildings and amidst a university campus it is completely deprived of any sign of urban life.

Conventional wisdom attributes this to the amount of traffic that goes through square every hour as well as the layout of the pedestrian walks. We rather believe that the lack of intensity derives from a lack of people originating from the relatively low density of the adjacent blocks. Hence, our project proposes a densification of the entire area as well as the re-orientation of the university campus to the street axis along which it stretches.