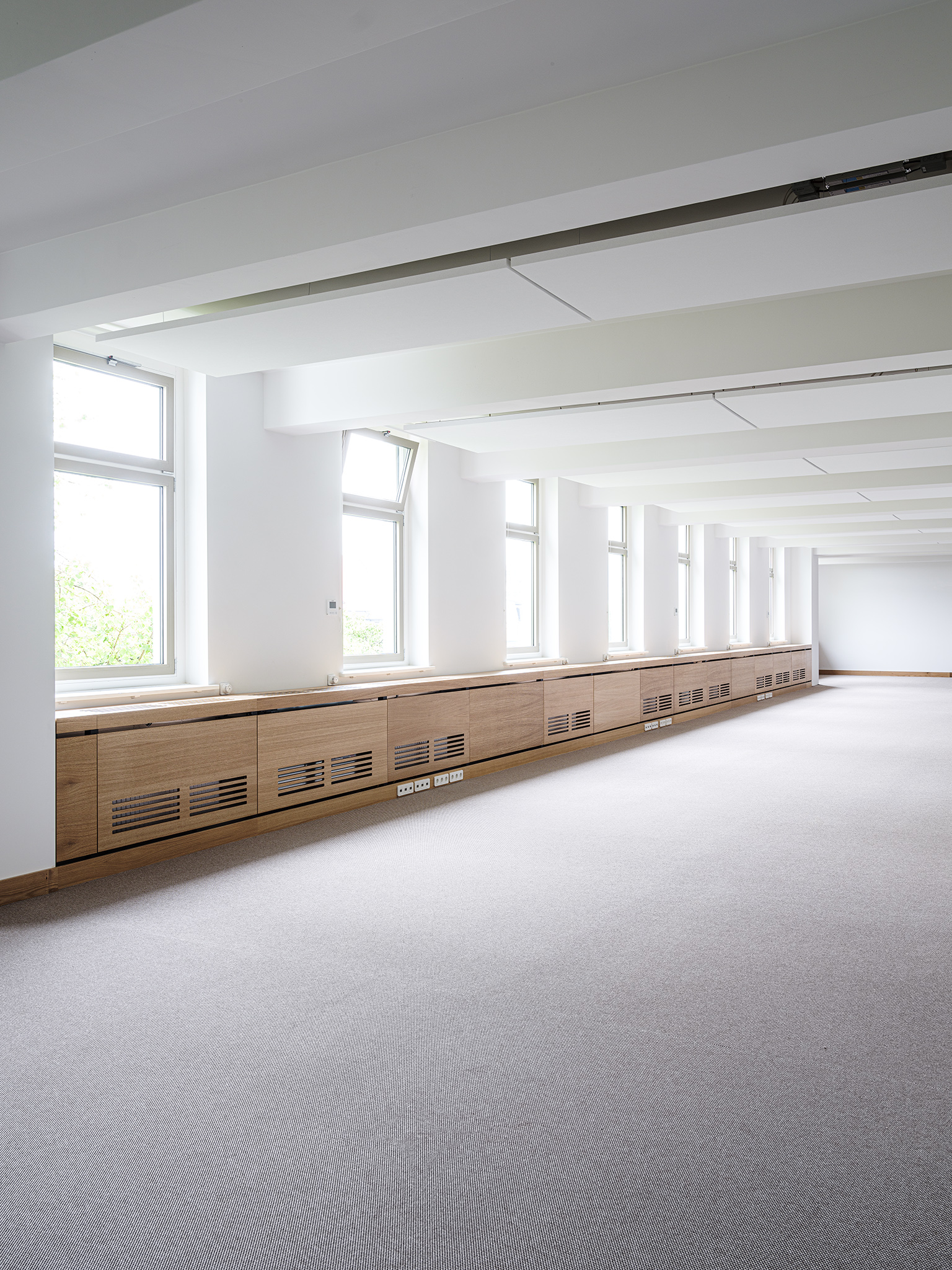 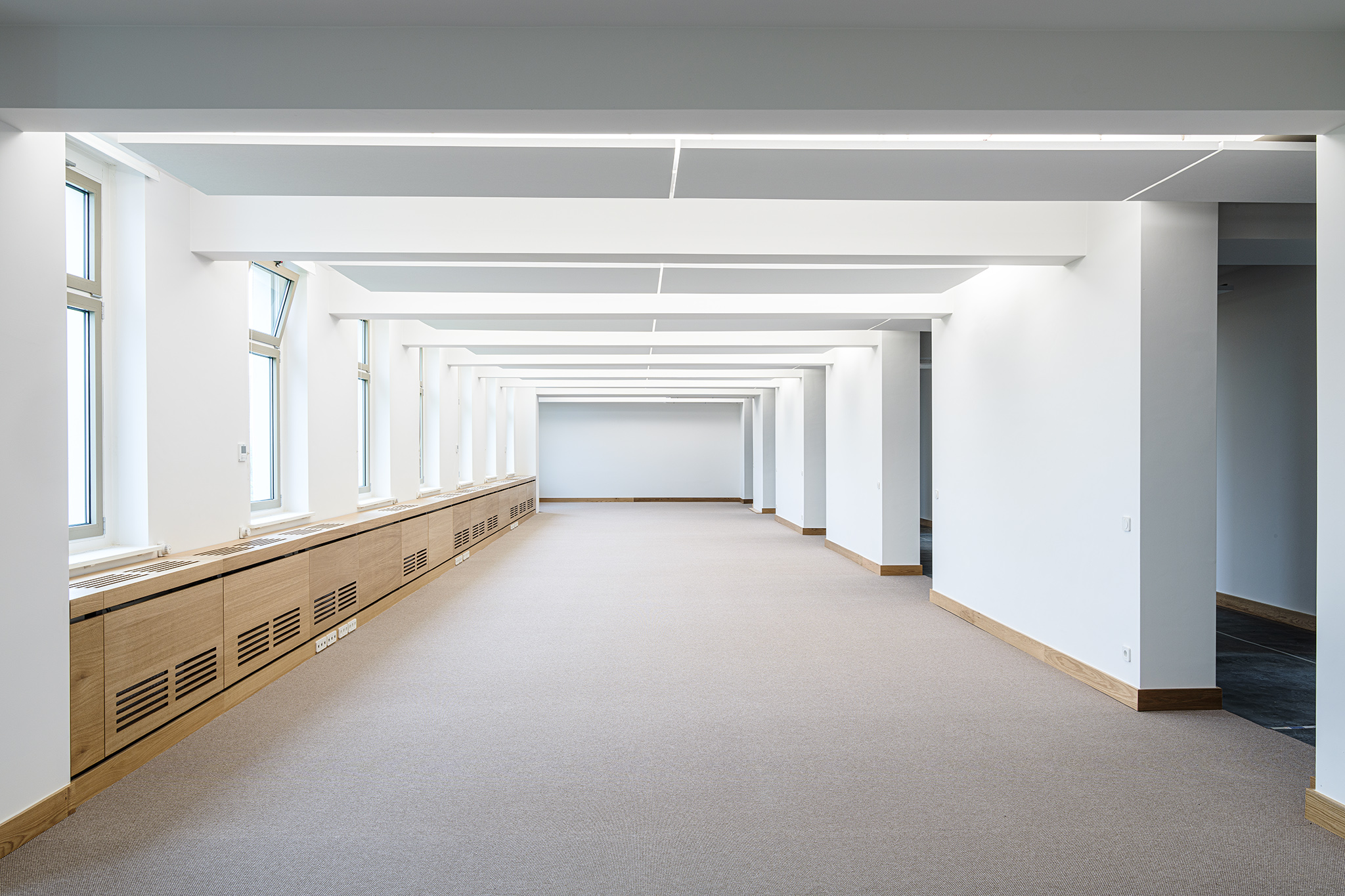 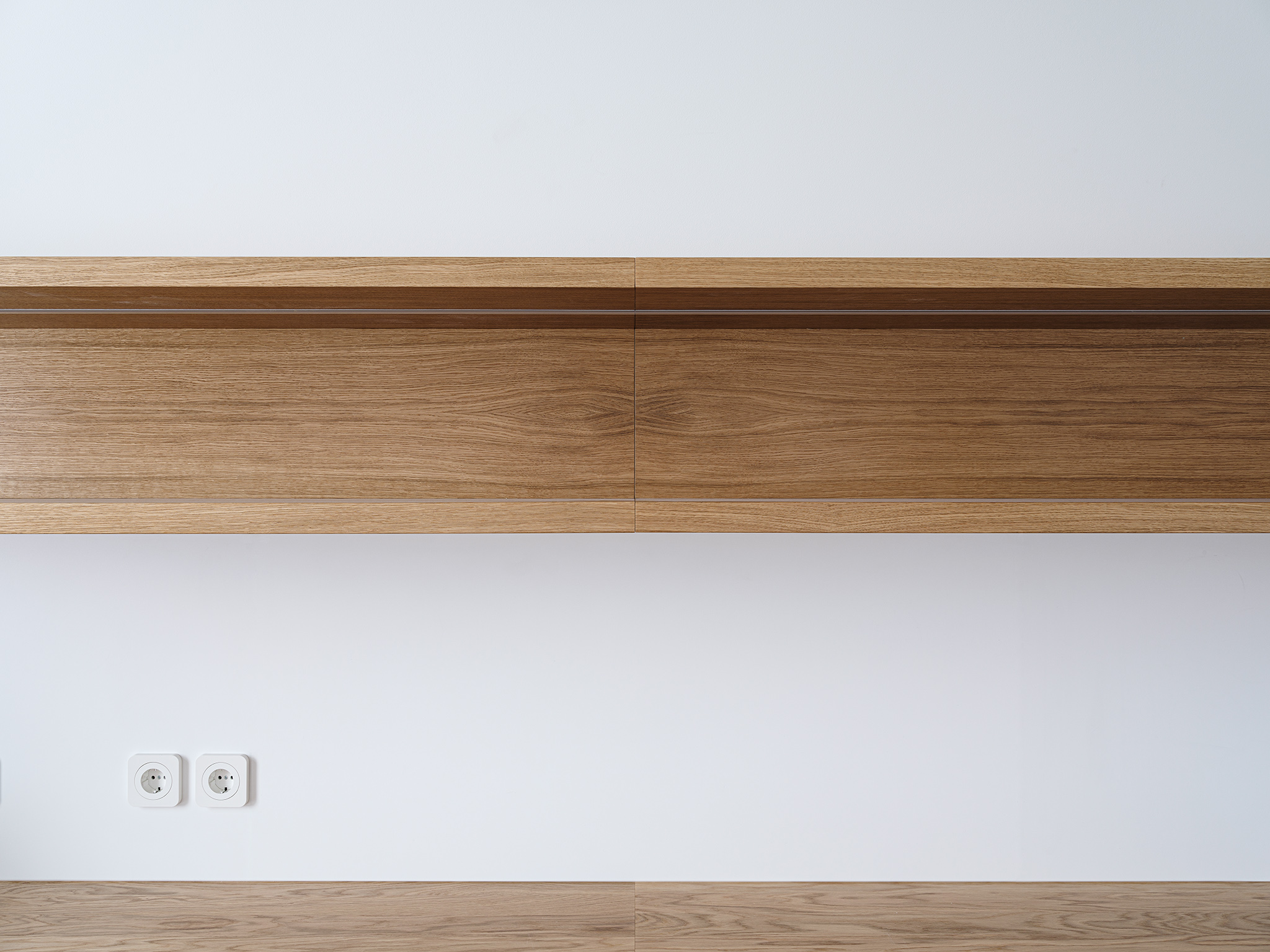 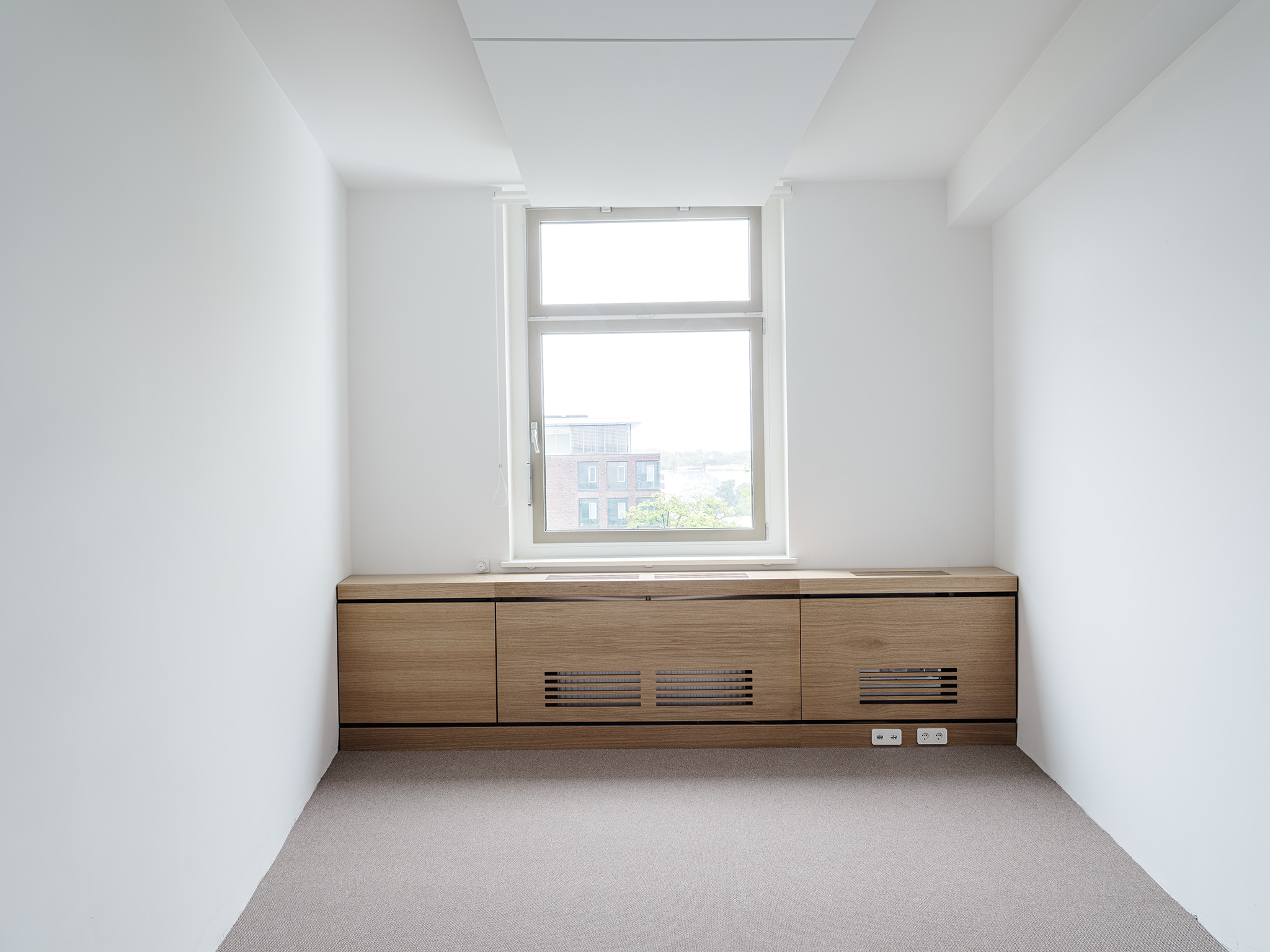 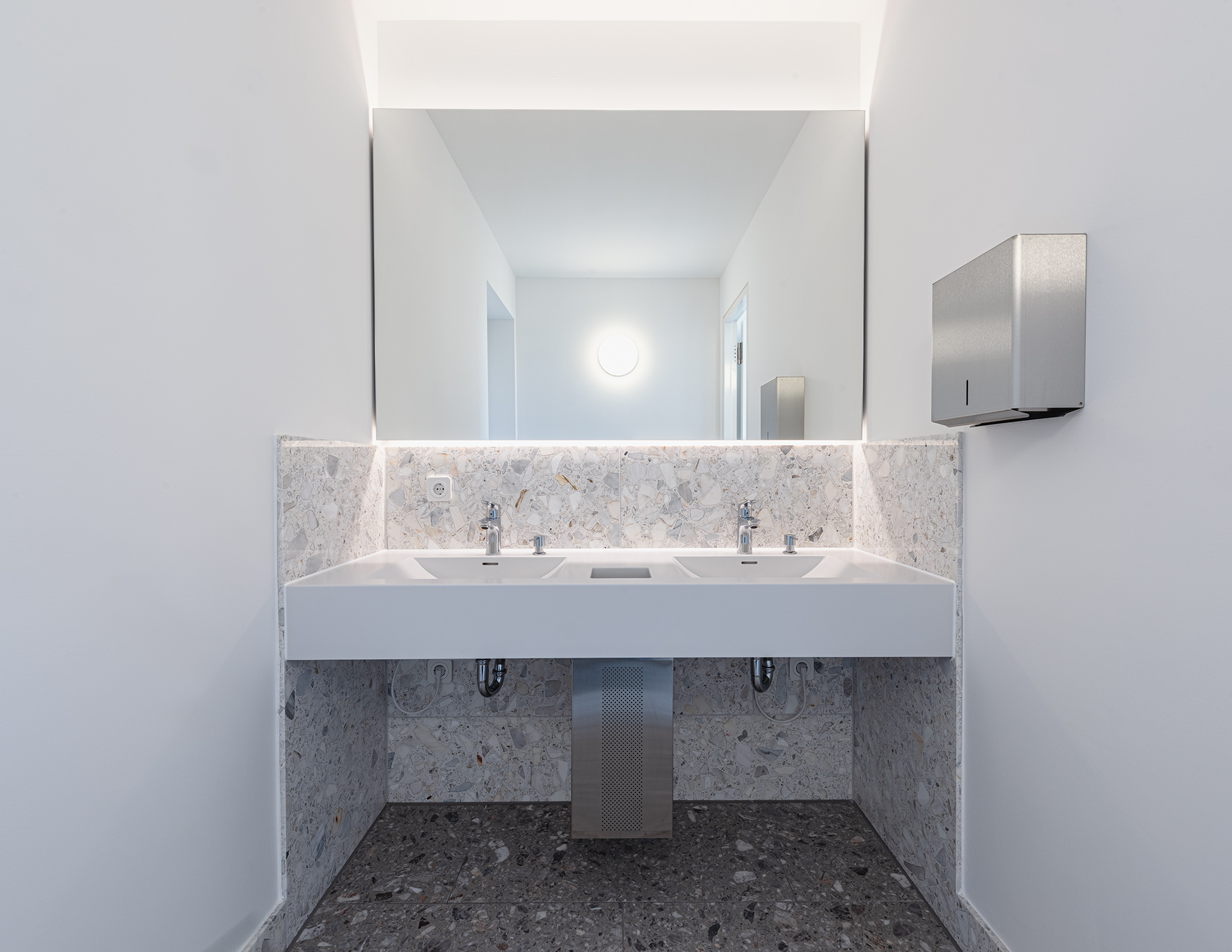 Today's Carl-Duisberg House was built in 1876 as an administrative building and was badly damaged in World War II. The ruins were repaired in 1960, and another conversion took place in the 1980s. After the building had been partially used for instruction, as well as refugee accommodation, we were commissioned with a full refurbishment and transformation into a modern office building.

We saw the greatest aesthetic potential in the remains of the buildings 1960s restoration. Shed roofs and a smooth white facade with an elegant entrance portal are reminiscent of felicitous examples of post-war modernism and unfold a sober elegance. A noteworthy spatial benefit of the conversion lies in the integration of the wide corridors of the former institutional building into the offices through numerous wall openings. This has resulted in relevantly larger, bright and flexibly usable office spaces

Prev
LZU Ap
Next
PCM
Manage Cookie Consent
To provide the best experiences, we use technologies like cookies to store and/or access device information. Consenting to these technologies will allow us to process data such as browsing behavior or unique IDs on this site. Not consenting or withdrawing consent, may adversely affect certain features and functions.
Manage options Manage services Manage vendors Read more about these purposes
View preferences
{title} {title} {title}